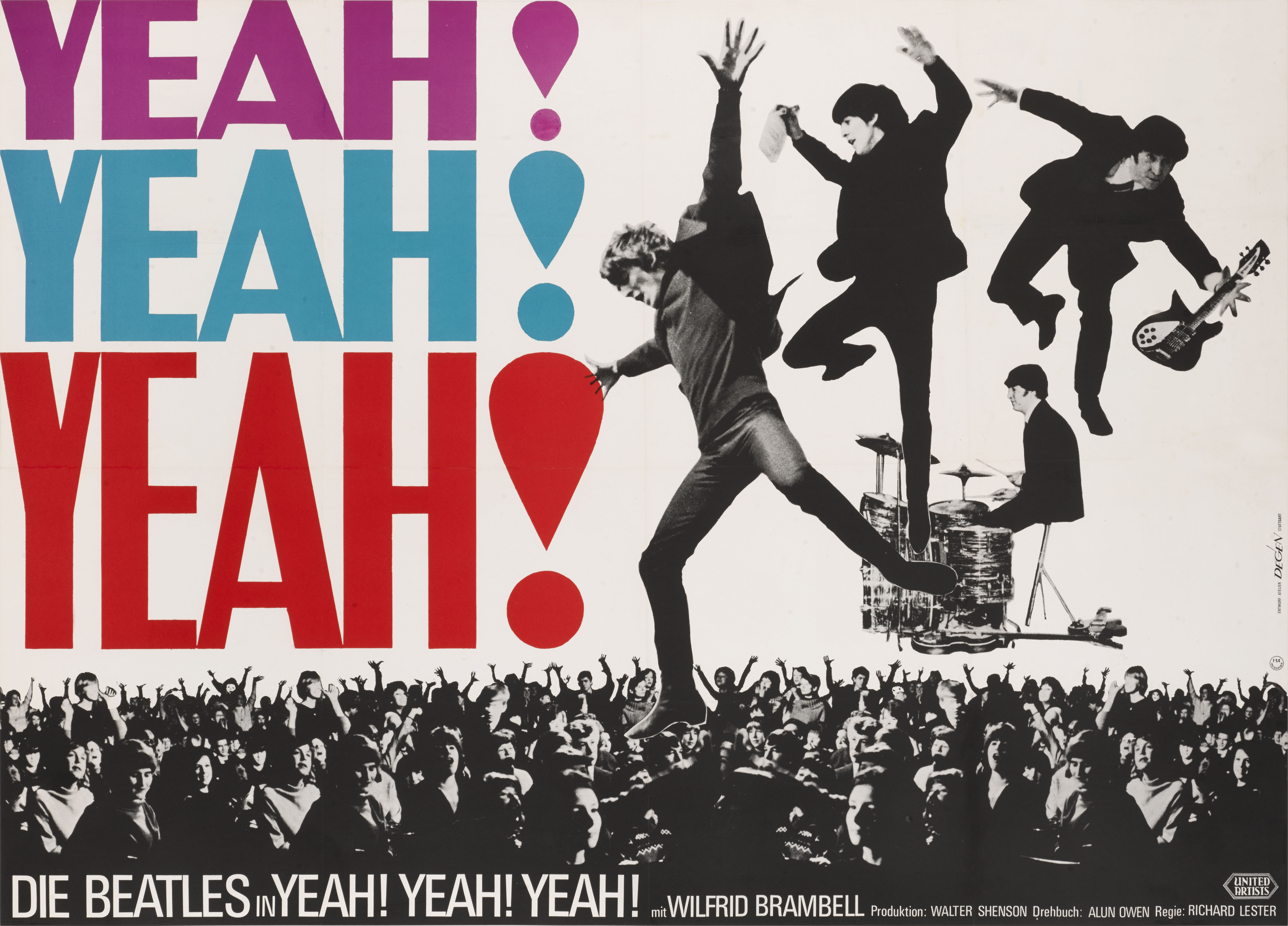 ﻿A Hard Day's Night is a British musical comedy, directed by Richard Lester, which was released in 1964 at the peak of Beatlemania. The film stars The Beatles and comically shows two 'regular' days in their lives. Help! is a musical comedy directed by Richard Lester, after his success with A Hard Day's Night the previous year. The Beatles are the main stars of the film, however it also features many other famous actors. The film premiered on the 29th July 1965 at the London Pavilion Theatre, and a week later the film's soundtrack was released as an album.

Excellent condition, with the colours remaining very bright. Minor restoration to folds and small areas around the folds.