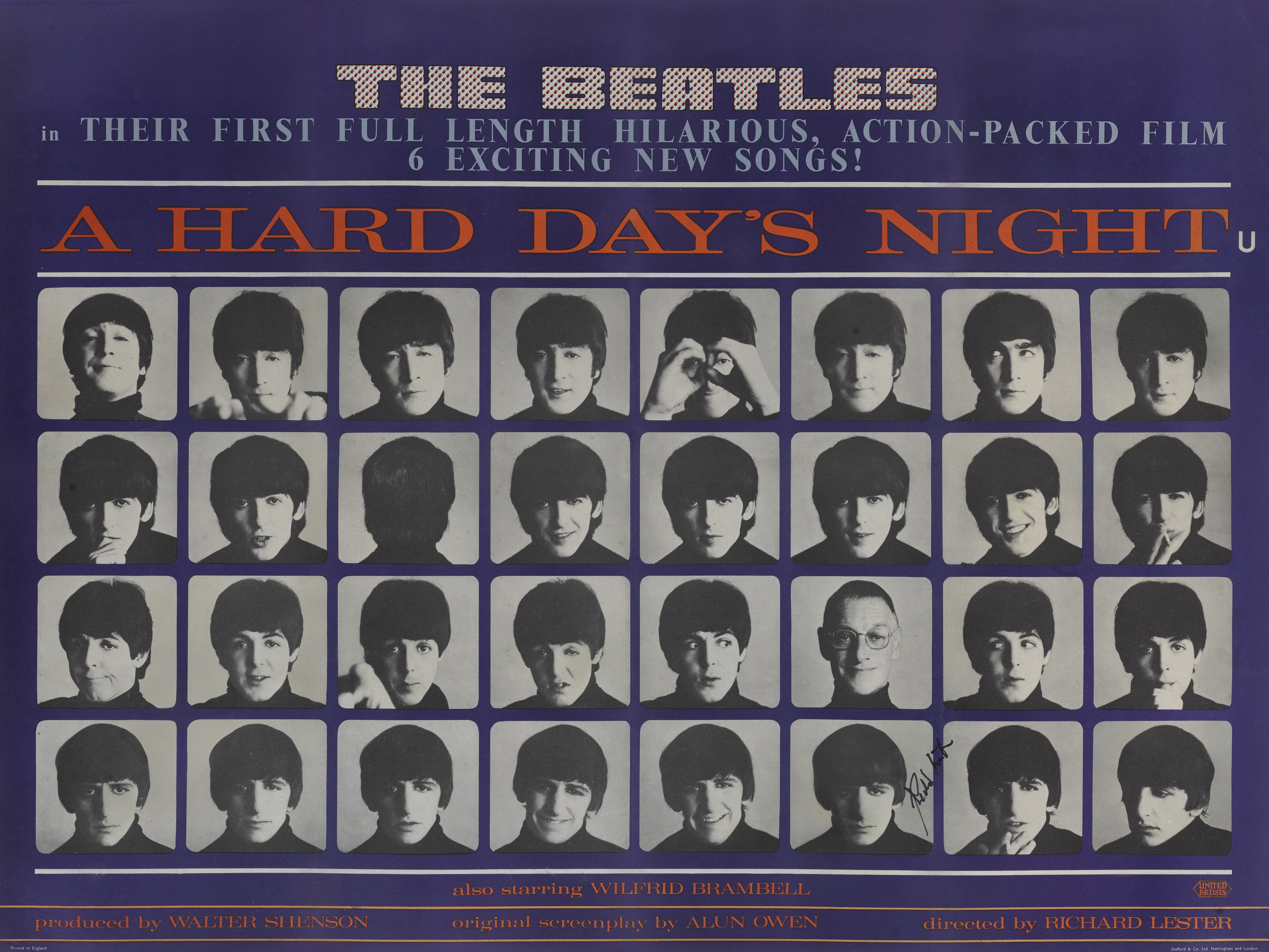 This poster contains 31 images of the Beatles, together with a surprise one, in Paul McCartney's row, of the actor Wilfred Brambell. Brambell was famous for his role in the British television series Steptoe and Son, but also played Paul McCartney's grandfather in A Hard Day's Night. This poster was signed by Richard Lester at the British Film Festival, where he was introducing his new film.

This British musical comedy, directed by Richard Lester, was released in 1964 at the peak of Beatlemania. The film stars The Beatles and comically shows two 'regular' days in their lives.