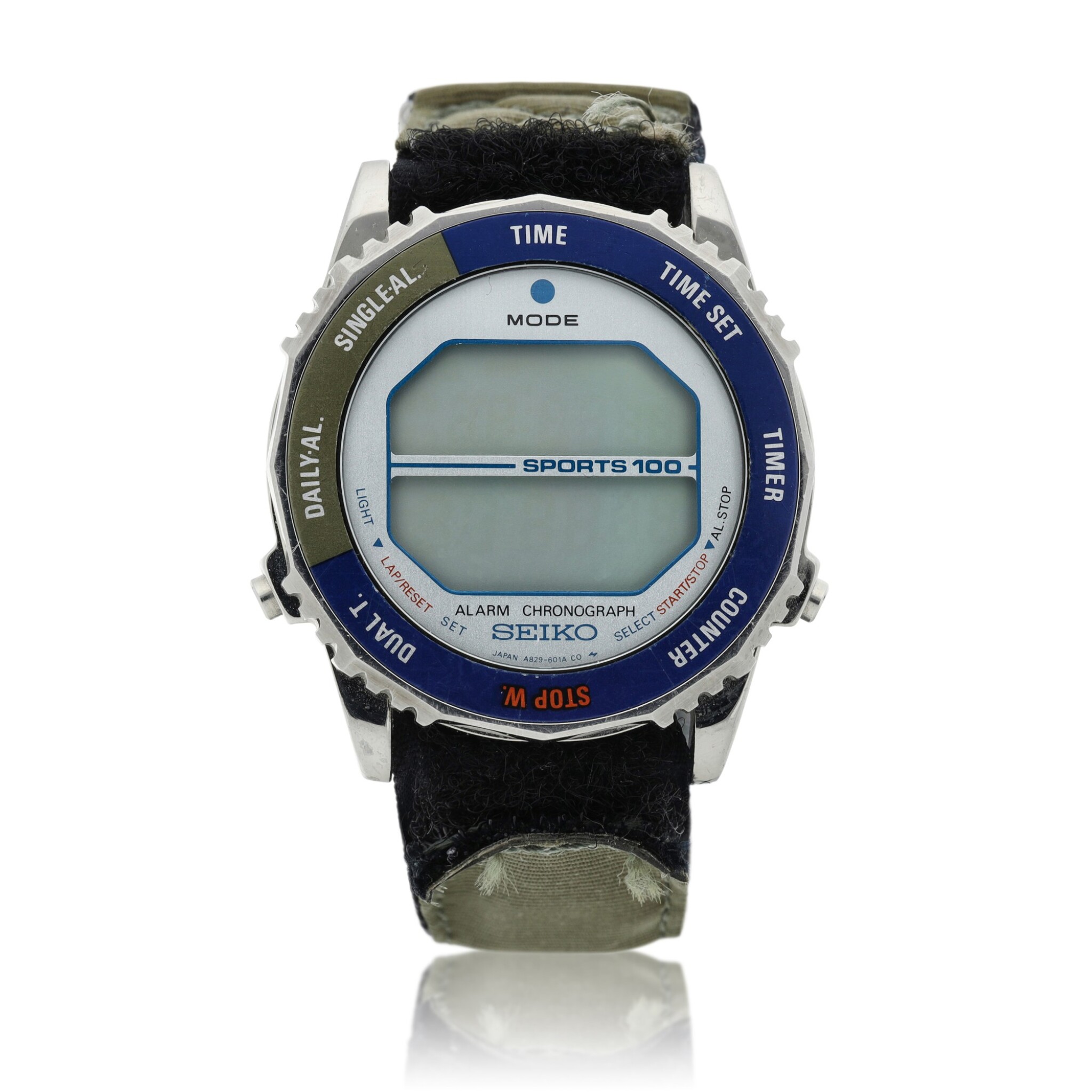 The "Most Vertical Watch" —Astronaut Kathy Sullivan's ("The Most Vertical Girl") Twice Flown Seiko Watch, worn by her on both STS-41G and STS-31, as well as on her descent to the Bottom of Challenger Deep

"THE MOST VERTICAL WATCH"

On October 11th, 1984, Mission Specialist Kathryn D. “Kathy” Sullivan (b. 1951) made history by becoming the first American woman to conduct a space walk, during the Space Shuttle Challenger mission STS-41G alongside David Leestma. As part of the first astronaut groups to include women, Sullivan would be chosen as one of six in a class of thirty five to be a Space Shuttle astronaut, and the third woman tapped to fly. Sullivan came with an impressive background as not only an earth scientist, but a geologist and oceanographer, studying the floors of the Atlantic and Pacific oceans while obtaining her Ph.D at Dalhousie University before joining NASA in 1978. While conducting her space walk with Leestma, Sullivan performed the crucial task of a trial fluid transfer to prove that it was possible to refuel satellites in orbit. Sullivan was also the first woman to wear the Extravehicular Mobility Unit, a 225-pound spacesuit that came equipped with a mobile life support system, water-cooling equipment, ventilating fan, oxygen supply, and the added bonus of an in-suit drink bag. The suit was designed to protect the shuttle-era astronauts from strenuous and extreme conditions while in space, a journey Sullivan took of over 250 miles above the surface of the earth.

Although she never conducted another space walk, Sullivan did fly twice more on the shuttle, including STS-31, the deployment mission for the Hubble Space Telescope - a project Sullivan would recount in her book, Handprints on Hubble: An Astronaut's Story of Invention - on Discovery. In 1993 and after over five hundred hours in space, Sullivan held a number of distinguished positions upon leaving NASA, first as a chief scientist at NOAA (National Oceanic and Atmospheric Administration) and then as president and CEO of COSI (Center of Science and Industry) in Columbus, OH. In addition to her distinguished professional roles, Sullivan has been awarded numerous accolades throughout her career, including an induction into the Astronaut Hall of Fame (2004), the Haley Space Flight Award (1991), the Golden Plate Award from the American Academy of Achievement (1994) and the Gold Medal of the Society of Woman Geographers (1993).

On June 6th, 2020, Sullivan would make history again by descending seven miles below the surface of the ocean at at a speed of one meter per second with Victor Vescovo on his titanium submarine. Four hours later, the crew of two would touch bottom of the fabled Mariana Trench, otherwise known as Challenger Deep, the deepest part of the earth's oceans where the former astronaut would become known as the world's most 'Vertical Woman.' For this oceanographer turned astronaut who had walked along the edge of outer space, encountering the vastness of the underwater kingdom's 'hadal zones' through a blackened porthole brought a life-long desire for adventure full circle. On this trip, Sullivan again wore the current lot, a simple Seiko 'Astronaut' Sports 100 Alarm Chronograph, which accompanied her on those first shuttle voyages due to its unique time-keeping abilities.

Utilitarian in its design, the watch holds the complex and daring history of its courageous owner who strapped it to her wrist as both an astronaut and a deep-sea explorer, making this unassuming timepiece the 'most vertical' in history. Space FLOWN watches are extremely rare on the market; the OMEGA Speedmasters worn by the Apollo astronauts were sanctioned property of NASA and were returned by the astronauts upon completion of their missions. The current lot, having flown on two shuttle missions, does not bear the same restrictions as those timepieces.