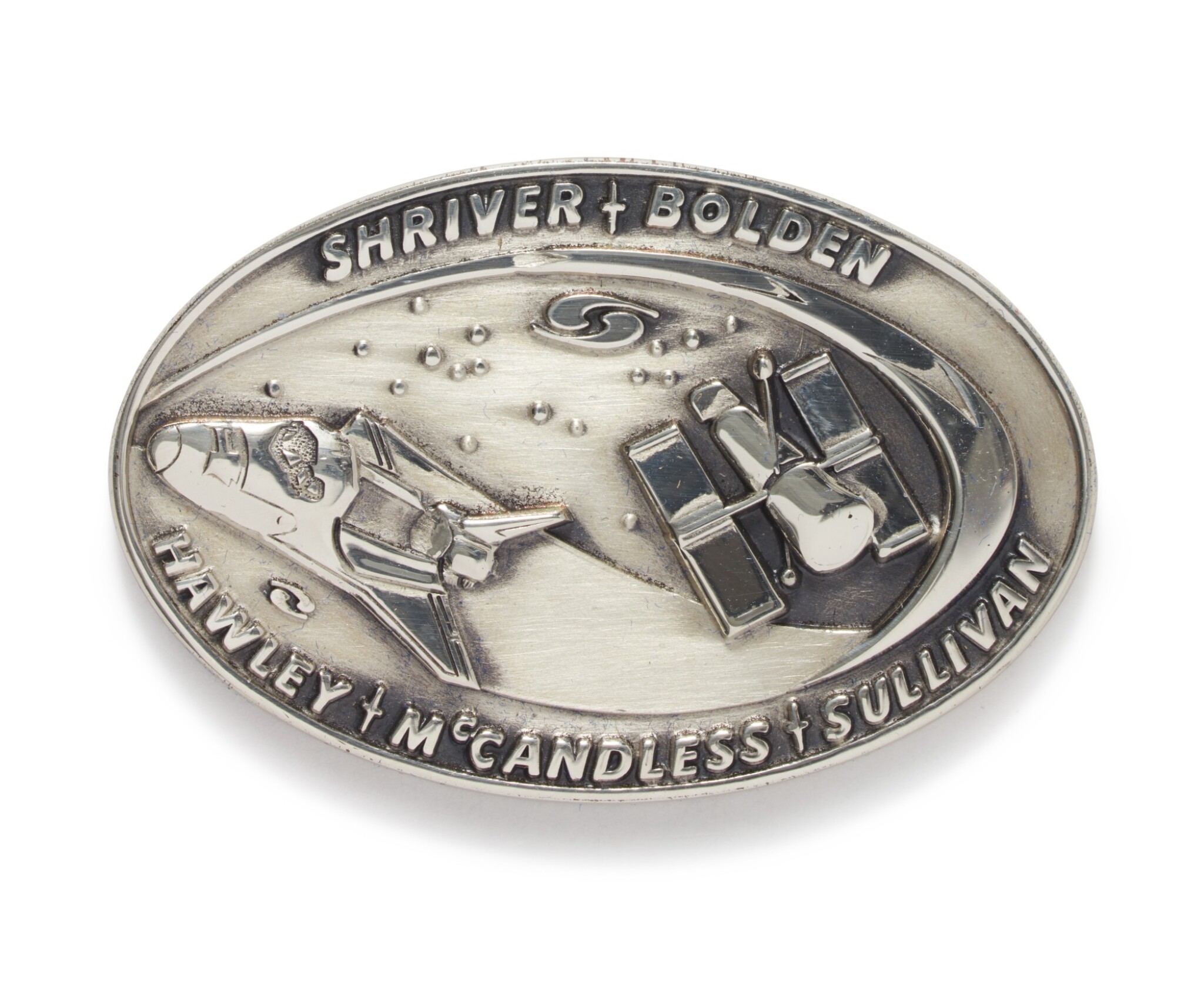 THE “MOST VERTICAL” ROBBINS MEDALLION, FLOWN BY ASTRONAUT KATHY SULLIVAN TO AN ALTITUDE OF 332 NAUTICAL MILES [615 KM]) IN THE SPACE SHUTTLE DISCOVERY ON STS-31, AND THEN TAKEN BY HER TO A DEPTH OF 10,925 METERS TO CHALLENGER DEEP (7 JUNE, 2020).

After completing her first space mission in 1984 on STS-41G and making history as the first American woman to complete a spacewalk, astronaut Kathy Sullivan flew twice more on the shuttle, including STS-31, the deployment mission for the Hubble Space Telescope - a project Sullivan would recount in her book, Handprints on Hubble: An Astronaut's Story of Invention - on Discovery. The Hubble Telescope was designed to operate above the earth's atmosphere, effectively observing objects at different wavelengths. The images captured by the telescope remain some of the most staggering and beloved in the history of space photography, encapsulating the vastness and beauty of our solar system beyond the reach of our earthly eyes.

On June 6th, 2020, Sullivan would make history again by descending seven miles below the surface of the ocean at a speed of one meter per second with Victor Vescovo on his titanium submarine. Four hours later, the crew of two would touch bottom of the fabled Mariana Trench, otherwise known as Challenger Deep, the deepest part of the earth's oceans where the former astronaut would become known as the world's most 'Vertical Woman.' For this oceanographer turned astronaut who had walked along the edge of outer space, encountering the vastness of the underwater kingdom's 'hadal zones' through a blackened porthole brought a life-long desire for adventure full circle.