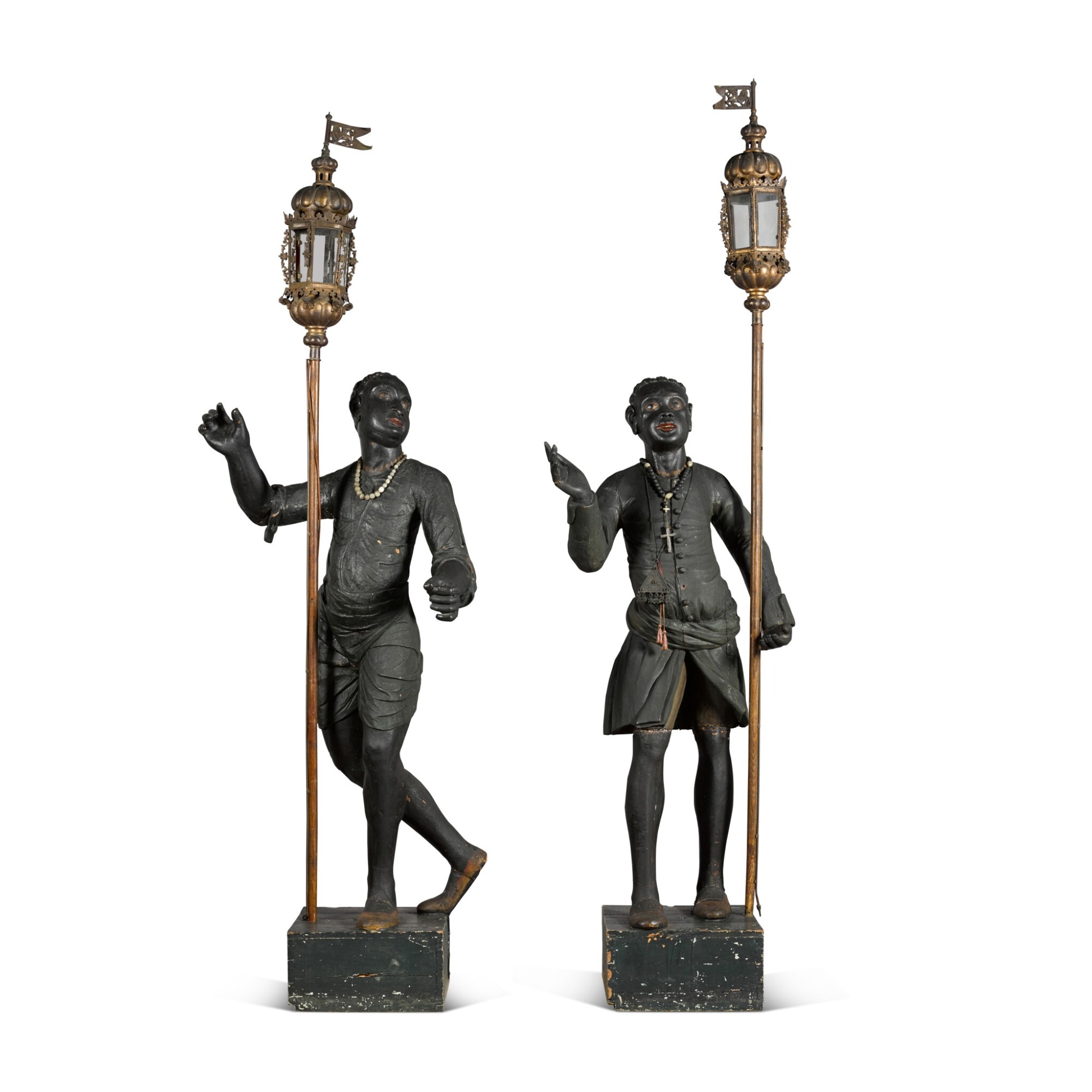 Charles and Agnes undertook extensive alterations to the house and gardens when Charles inherited the estate in 1904. Robert Lorimer (1864–1929) was commissioned to redesign the 18th century house. He created a new formal entrance on the north side, replete with a screen-wall incorporating busts and created an extraordinary set of interior spaces, including a long hall or gallery running north to south. These altered spaces gave Agnes the opportunity to display, not only inherited family pieces, but also her own acquisitions, which included salvaged architectural fragments. This combination of Lorimer's use of revival vernacular detail and Agnes' historic fixtures is a theatrical tour de force. It included the installation in the dining room of an imposing Italian classical door frame around the chimney-piece, said to have been acquired from the artist Sargent. It was this dramatic feature, where the figures offered here were positioned.