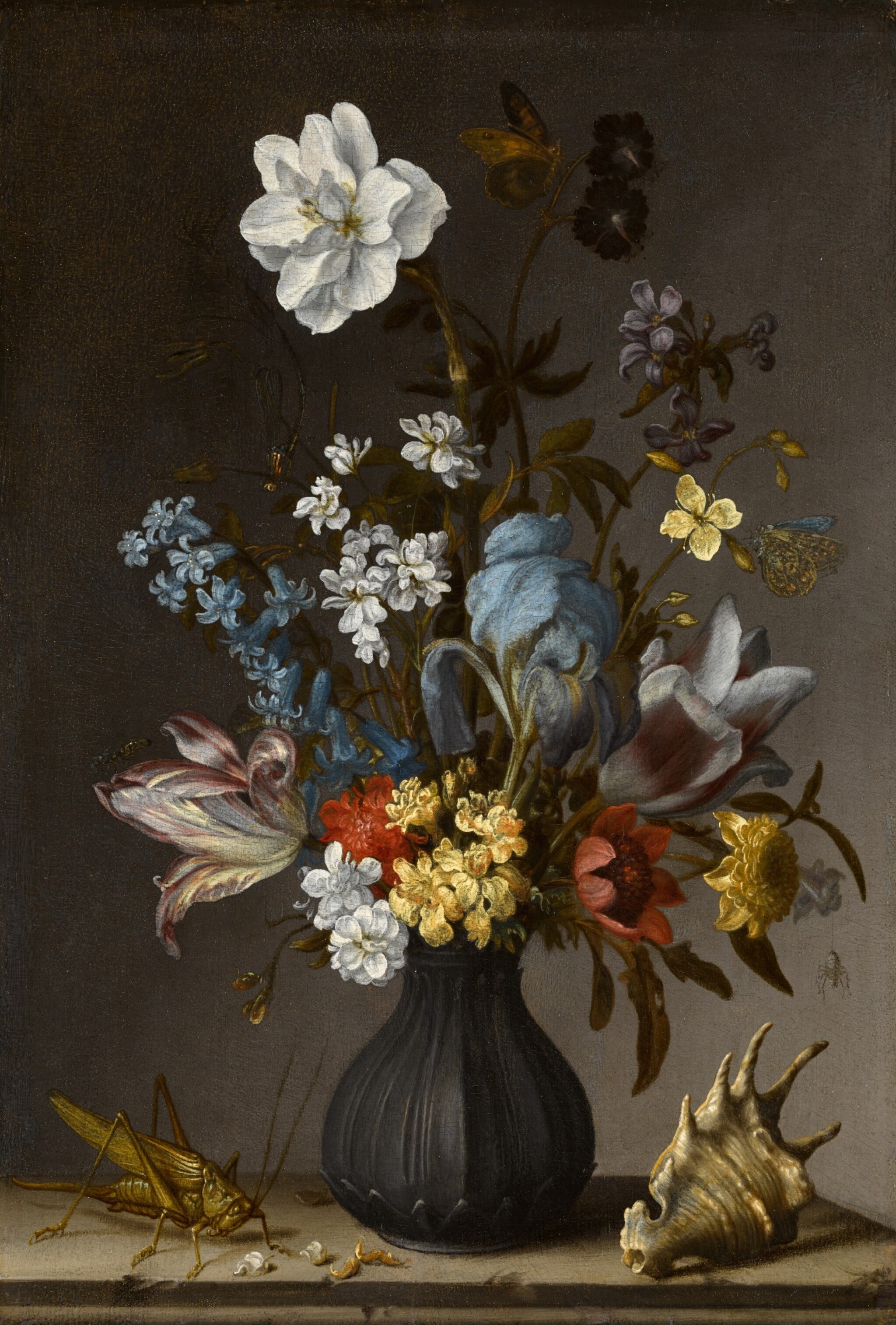 The following condition report is provided by Simon Folkes who is an external specialist and not an employee of Sotheby's:

Still life of flowers in a vase.

The painting is on a wood panel, probably oak, which has had a cradle attached to the back. The panel however is almost completely flat and all the "runners", the unsecured battens forming the movable part of the cradle construction, remain loose which indicates that the panel has not warped in any way.

The painting is generally in a good state of preservation. There are however, some old retouchings in the background, mainly down the upper left side but also between the leaves and flowers around the central posy, which are probably covering old losses and abrasions. Some fine retouchings are also visible under UV following some of the drying crack lines in the paint surface but otherwise the painting is in good condition.

The varnish is currently clear and undiscoloured.

The nephew and pupil of Ambrosius Bosschaert the Elder, Balthasar van der Ast was a more long-lived and prolific painter. He developed and expanded the Bosschaertian style in Utrecht, bringing it to a broader audience of the newly wealthy in The Netherlands.

In this work, probably dating from the early 1630s, Van der Ast has arranged a mixed bouquet of tulips, hyacinth, iris and other flowers, surmounted by a double white narcissus, in a dark-ribbed vase of a type he used in a few other paintings. The prominent shell to the right resting on the ledge is a Devil's Claw (Ptocera lambis L), found in the seas around Indonesia, where ships of the Dutch East-India Company were already trading and establishing trading posts around the island of Java by Van der Ast's day. A similar shell occurs in Van der Ast's shell-piece in the Museum Boymans-van Beuningen in Rotterdam.1 Van der Ast made a watercolour drawing of this or a very similar shell in an album in the Lugt Collection in Paris, which he monogrammed and inscribed: Cleijen Geelghepleckte Crab.2