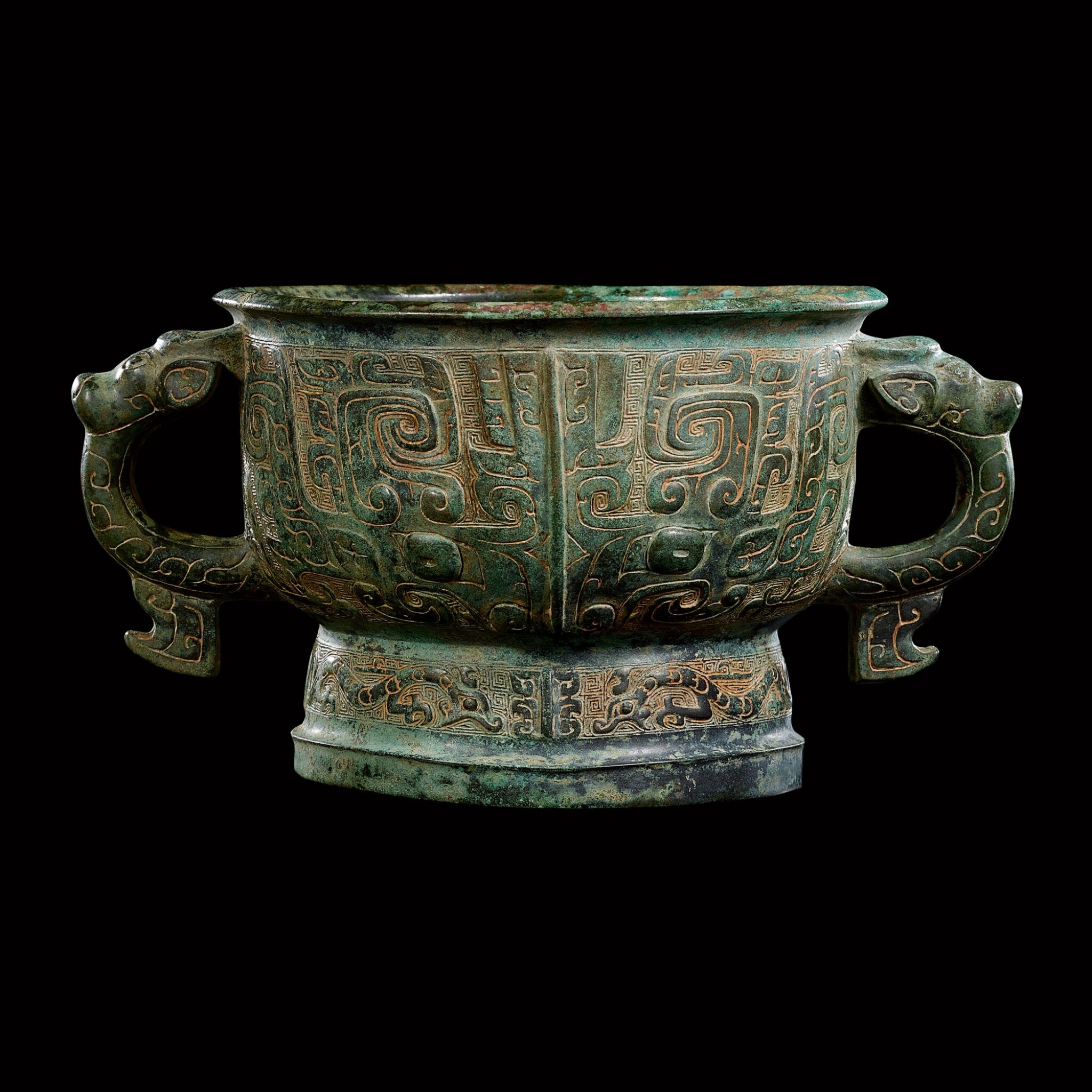 cast with a deep 'U'-shaped body, the sides decorated with large taotie masks bisected by a vertical flange and flanked by a pair of loop handles surmounted by bovine heads and ending in hooked tabs, all supported on a tall pedestal foot decorated with a band of confronting sinewy dragons, the raised decoration all reserved against a leiwen ground, the smooth surfaces with attractive green and dark red patina, the interior cast with a five-character inscription reading Bo Gong zuo bao gui (Bo Gong had this precious vessel made), rubbing by Wu Libo

The x-ray images reveal the vessel is in good condition, with just two typical natural minor cracks under the encrustation on the thin area of the base.

This bronze vessel is remarkable for its bold design of taotie masks with outsized, elaborately curled horns against an intricate leiwen (‘thunder pattern’) background, as well as for the lively dragon figures depicted around the foot. Such zoomorphic masks, spreading across both sides of the body, represent arguably the most prominent decorative motif on ritual bronzes of various forms from the Shang (c. 1600-1046 BC) and early Western Zhou (c. 1046-771 BC) dynasties, but are usually less flamboyant in style. Bisecting each mask is a vertical flange, a feature that gained popularity around the late Shang period. After taking over Shang territories, the Western Zhou inherited their predecessors’ tradition and culture, including the production of ceremonial bronzes in Shang style. Used during ritual ceremonies throughout the Shang and Zhou (c. 1046-256 BC) periods, gui were vessels for offerings of grain.