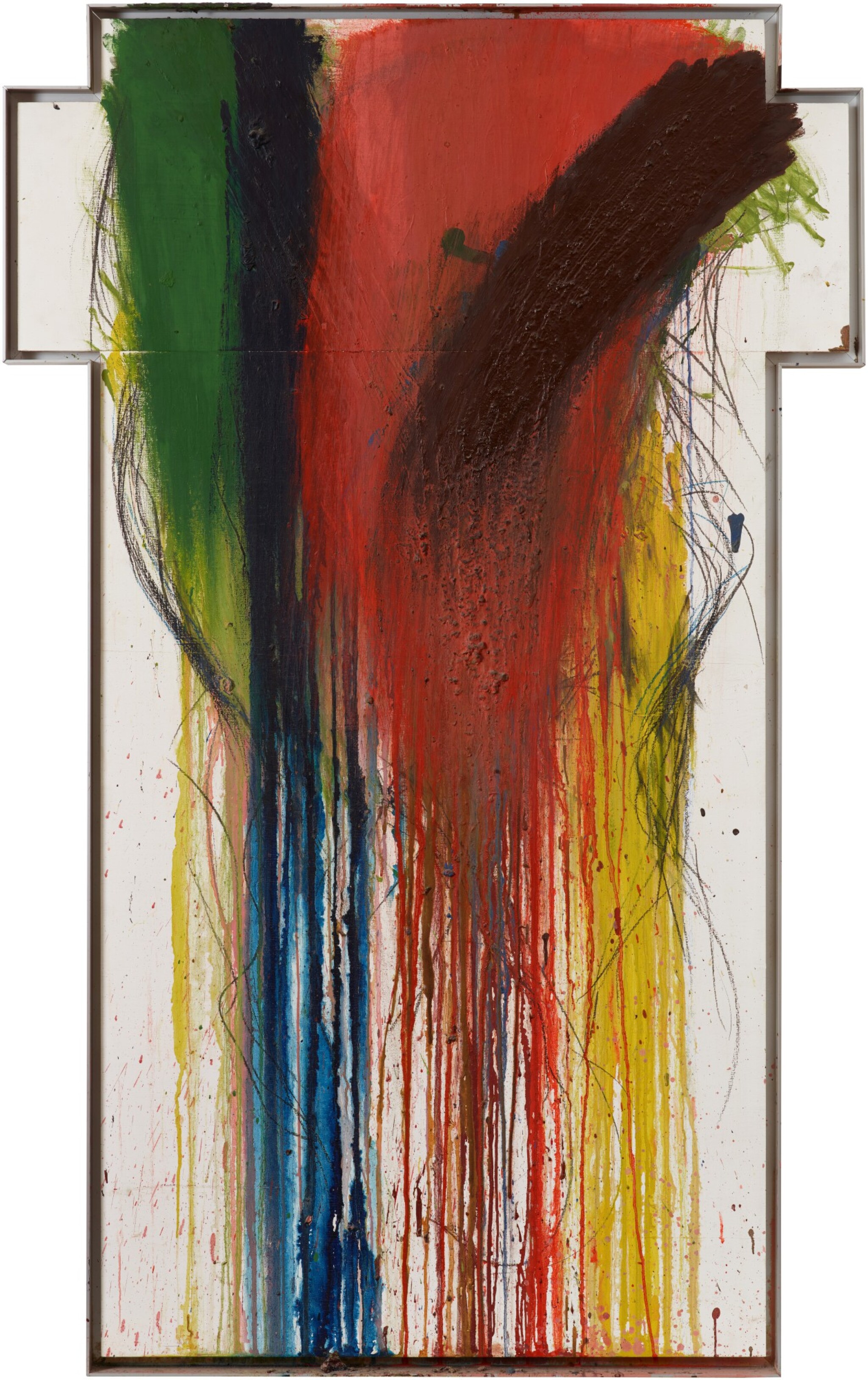 oil on wood, in artist's frame

It started as a black figural structure. I attempted to make a crucified figure. At the start it was a kind of cubic stretch-figure. But it wasn’t successful. It was a stylistic platitude. So, I went on painting and the figure of Christ became a cross. And finally, this cross became veiled by a dark cloud. But I am quite satisfied that something is still perceptible. It doesn’t even have to be consciously perceptible. He [Christ] withdraws when we attempt to represent him. Perhaps he is there in an intimation, in an extinguished, fragmentary way. In certain signs. And yet he even withdraws there. As soon as one thoughtlessly repeats it.

In this present work the eye of the spectator is captured by the intense dialogue between fullness and emptiness, calmness and agitation. As a result, Rainer’s works can be compared to the major abstract expressionists, who were as deeply interested in religion and actively incorporated spirituality. Ad Reinhardt, Barnett Newmann and Mark Rothko, as well as Rainer’s works, are imageless and can be seen in relation to the apophatic tradition in Christian mysticism in which nothingness, darkness and obscurity symbolize god. Kreuz is representative of Rainer’s unapologetic compositions and inimitable creative spirit; an impenitent juxtaposition of thickly applied paint on the flat and smooth white wood, lending the work a sense of tangible materiality. The paint is applied to the canvas layer by layer with gestural brushstrokes, which create a mysterious inner structure.

On the reverse of the work Rainer mounted an old model of a black and white print of two fighting women. This series of fighting women drawings were planned to be a series of works that Rainer created during his time at the School of Applied Arts in Vienna, in which he however lost interest. At a later stage, he then decided to attach some of this series of black and white images to the reverse of some of overpainted crosses.

The crosses together with other overpainted forms, produced since the mid-1950s, make Arnulf Rainer known far beyond the borders of Austria and Germany. He is considered as the founder of the Informal in Austria and his international art historical significance is irrevocable, as several major retrospectives at the Centre Georges Pompidou in Paris, Solomon R. Guggenheim Museum in New York and the Stedelijk Museum in Amsterdam.