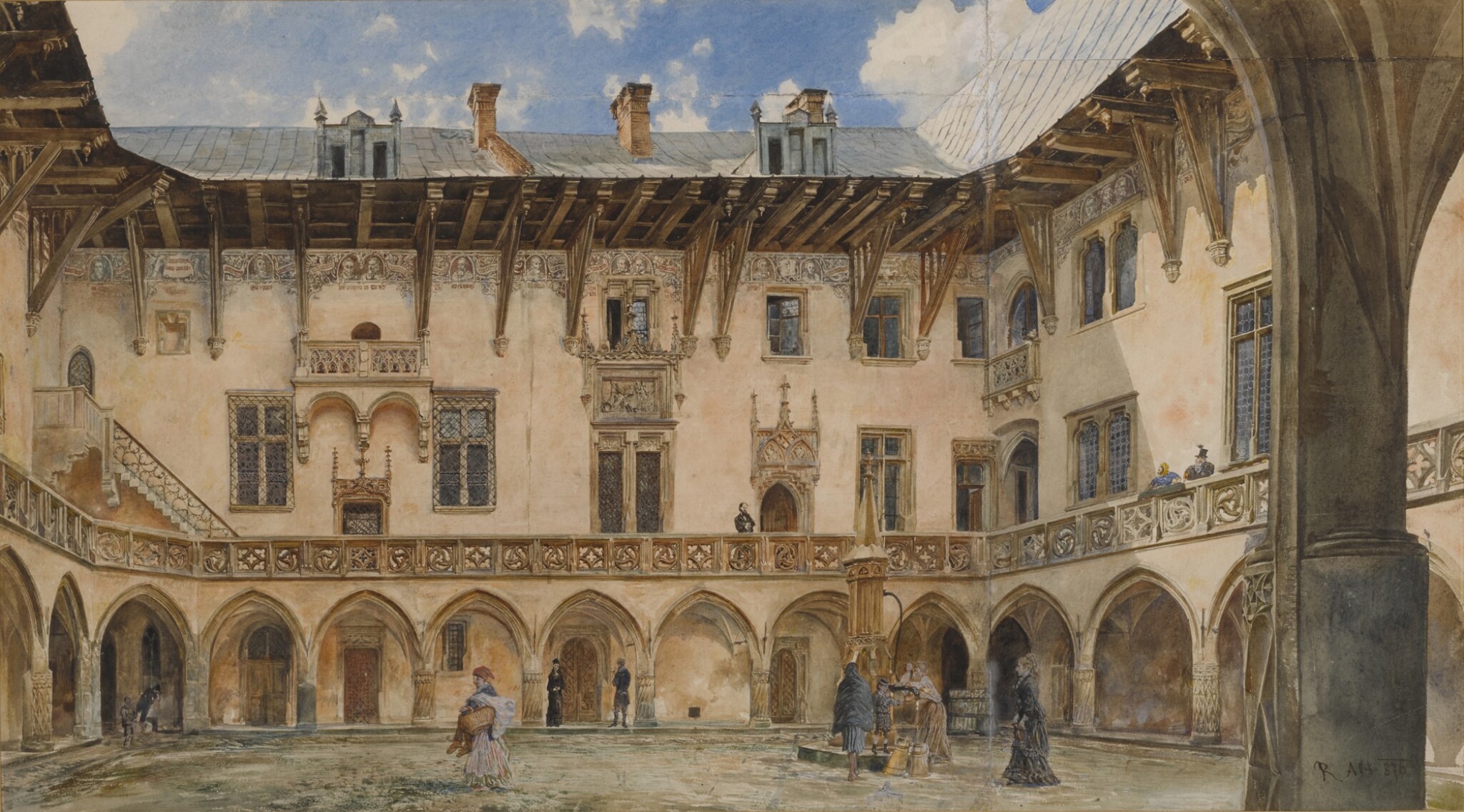 The sheet appears to be laid down on the edges to the card backing. The edges are covered by a decorative mount sandwiching the sheet between the mount and card. The drawing appears to be made up of four separate pieces of paper. The most significant of these forming the majority of the composition in the lower left with three additional strips along the right and upper edges. These joints are integral to the artwork as the artist had to extend the original sheet as a result of the ambitious composition. The joints are visible upon inspection but do not interfere with the overall aesthetic of the sheet. The work remains in predominantly good condition throughout with the combination of media well preserved and colors vibrant. Sold in a giltwood frame.

Albertina Museum, Vienna;
David Goldmann (1887-1967), Vienna (acquired from the above in exchange for a Self Portrait of Rudolf von Alt, November 1948);
Thence by descent to the present owner.

The above drawing entered Goldmann's collection after World War II during the restitution proceedings. All of his items were approved to leave Austria with the exception of Rudolf von Alt's Self-Portrait2 as it was considered a monumental work by the artist and important to Austrian heritage. The agreement that was reached between the Goldmann and the Albertina Museum was for the museum to exchange one of their existing von Alt watercolors with the self-portrait, which is how lot 91 became a part of the collection.