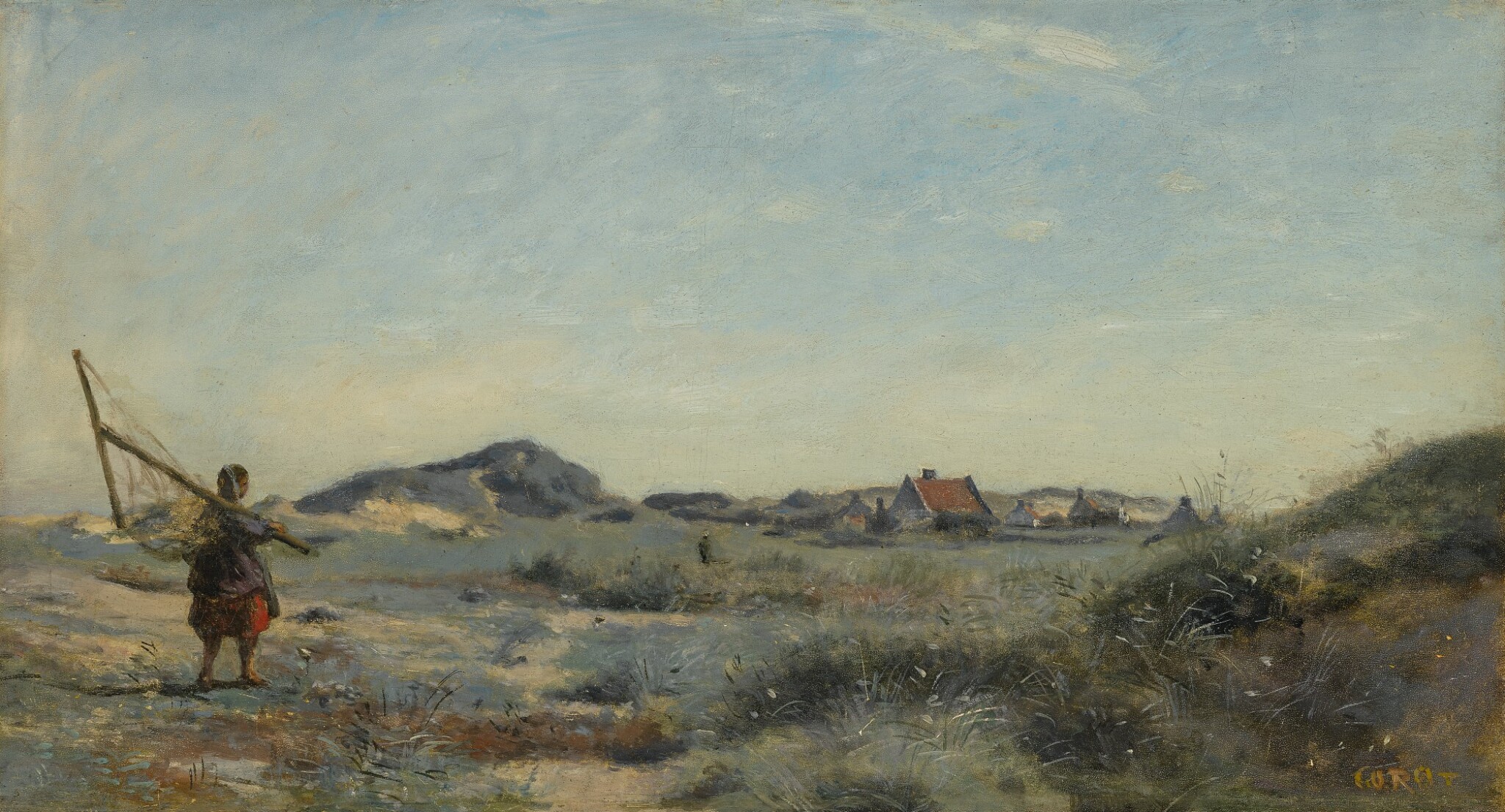 The following condition report was kindly provided by Simon Parkes Art Conservation, Inc.: Not examined out of the frame. This work is in lovely condition. The panel is flat and shows no reinforcements on the reverse. The paint layer is stable. There are a few spots of retouching along the extreme bottom edge, in the upper left corner, upper right and upper left. The landscape and figures are completely unretouched. The work should be hung as is.

In September 1857, Jean-Baptiste-Camille Corot traveled to Dunkirk, a coastal town near the border of France and Belgium, with fellow artists Constant Dutilleux and Charles Desavary. There Corot painted at least ten oils, the present work included, of Dunkirk’s dunes, fishermen and large harbor.

The following year, Dunkerque. Une pêcheuse de crevettes was sold in the artist’s first auction, under commissaire-priseur and dealer M. Boussaton. Thirty-eight works were offered, with only two unsold, for a total of 14,223 francs, easing the artist’s initial concerns with the sale format. The present work was purchased at this auction by the sculptor Adolphe-Victor Geoffroy-Dechaume.