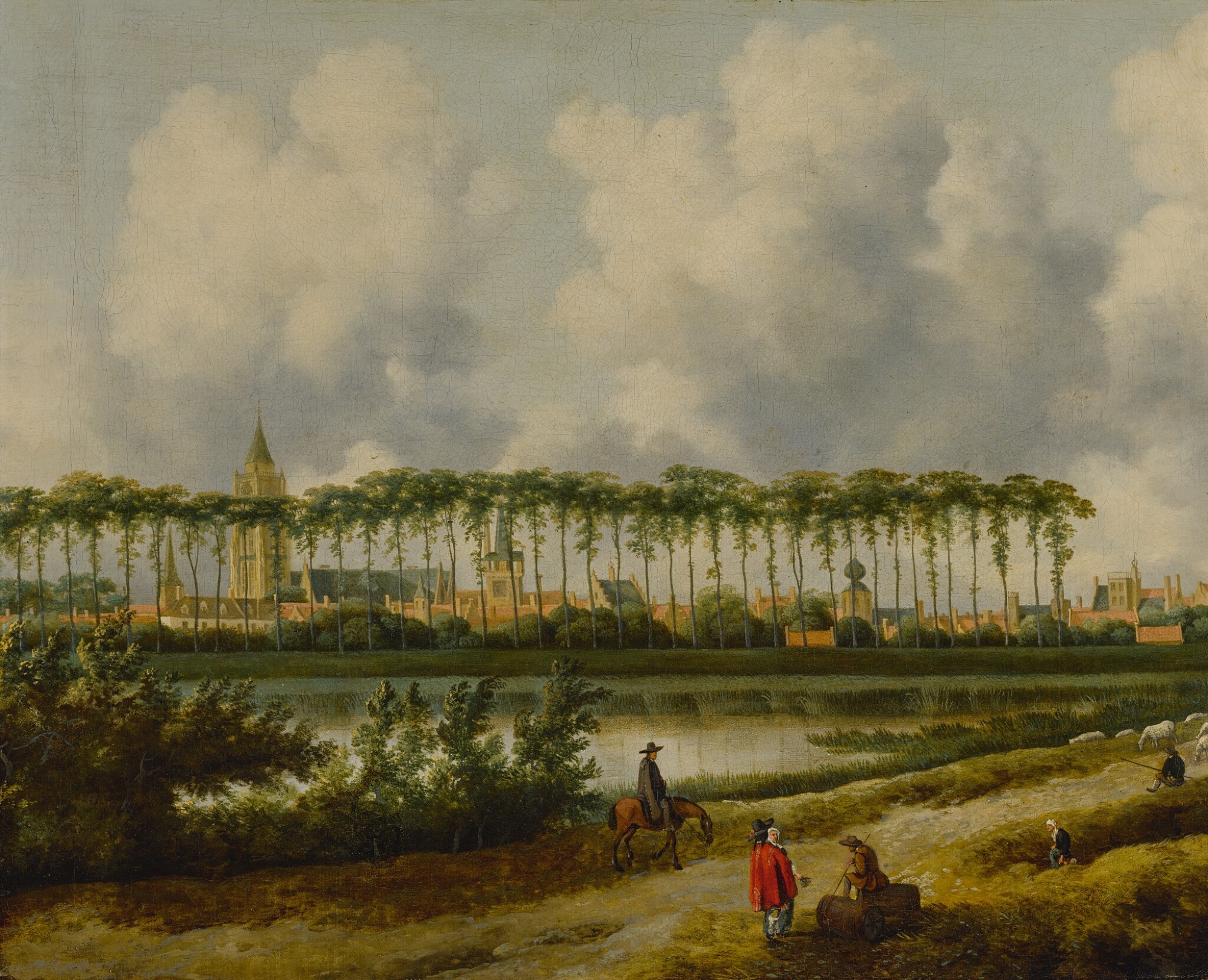 The canvas has a wax lining and is stable. There is a small craqueleure pattern throughout but it is not particularly bothersome. The surface has been flattened slightly in the relining but there are still vivid details and subtle layers of paint on display in the foliage and cityscape. Under ultraviolet light a few pinpoint restorations in the sky are visible, though very few if any in the foreground. There is an old tear in the canvas which has been repaired and retouched lower left, about three inches high. Otherwise the painting is in very good condition with little restoration visible. Offered in a painted wood frame.

In this remarkably elegant view, Gorinchem is seen from the south-west looking across the Merwede River, through a row of striking elm trees, the sun warm just starting to lower. One can make out a number of the city's distinct buildings including, from the left, the chapel of the St. Agnes convent, the Reformed Church (called the Groote Kerk), the clock tower of the old town hall, the tower of the St. George Civic Guard Company, and the custom house on the far right.

Though the painting has been attributed correctly to Jan van Kessel since it was in the Janssen collection in the early 20th century (see Provenance), it was previously connected to Gerbrand van den Eeckhout, presumably because of a drawing signed and dated by the artist of the same view, now in the Lugt Collection, Paris (inv. no. 93).1 Though the Eeckhout drawing and the Carter painting share a similar view, the exact vantage point is slightly further left in the painting than in the drawing and details such as the shrubs in the foreground differ.

A lost sketch of the west city wall of Gorinchem by the artist, in black chalk and gray wash, is described in an 1802 sale.2