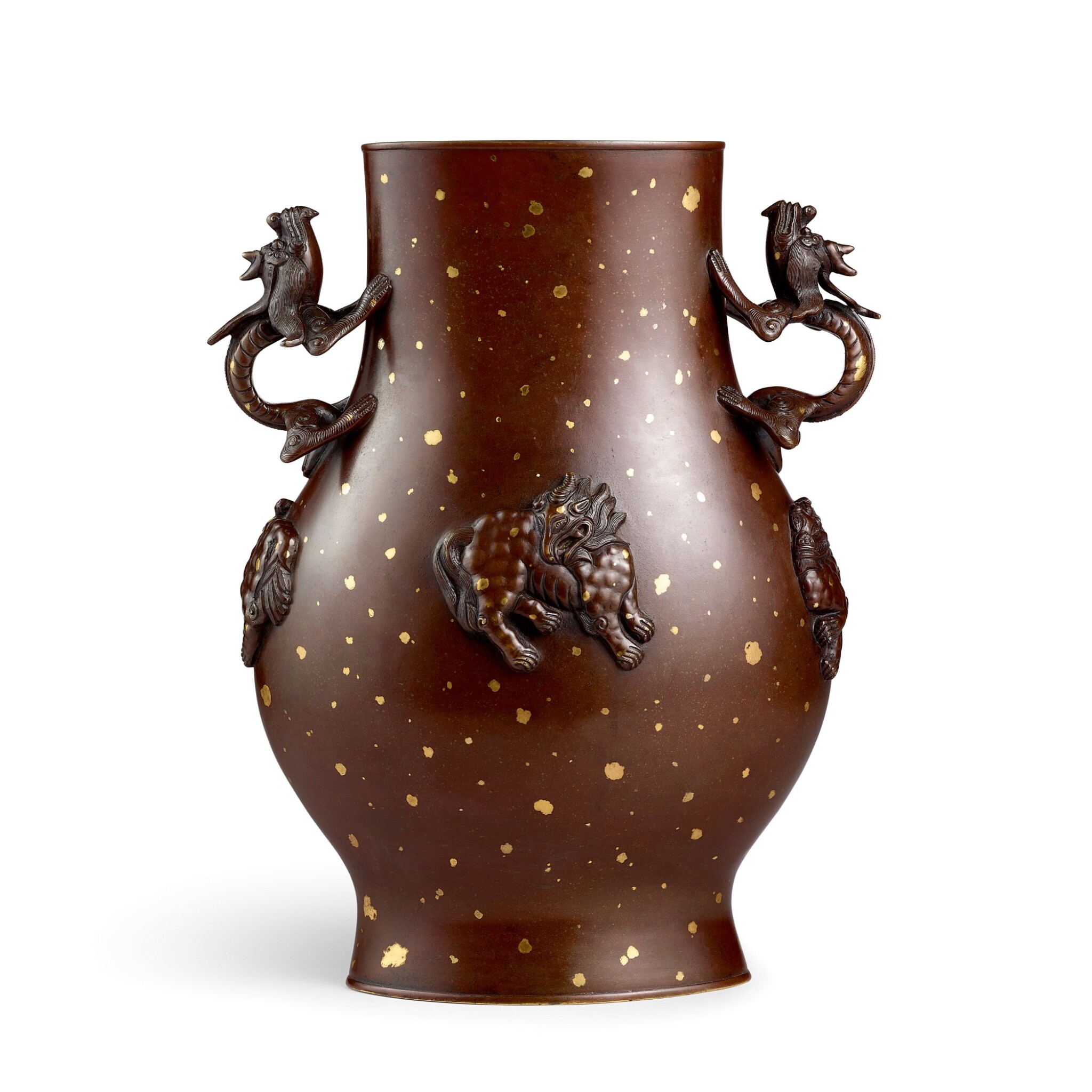 sturdily cast in the form of an archaic hu vase, the compressed pear-shaped body supported on a flaring foot, cast in high relief on four sides with mythical animals, the neck flanked by a pair of handles in the form of a stylised dragon, splashed overall with gold in contrast to the dark brown patina, the recessed base decorated in relief with a five-clawed writhing dragon

此拍品現已撤拍. Please note this lot has been withdrawn.