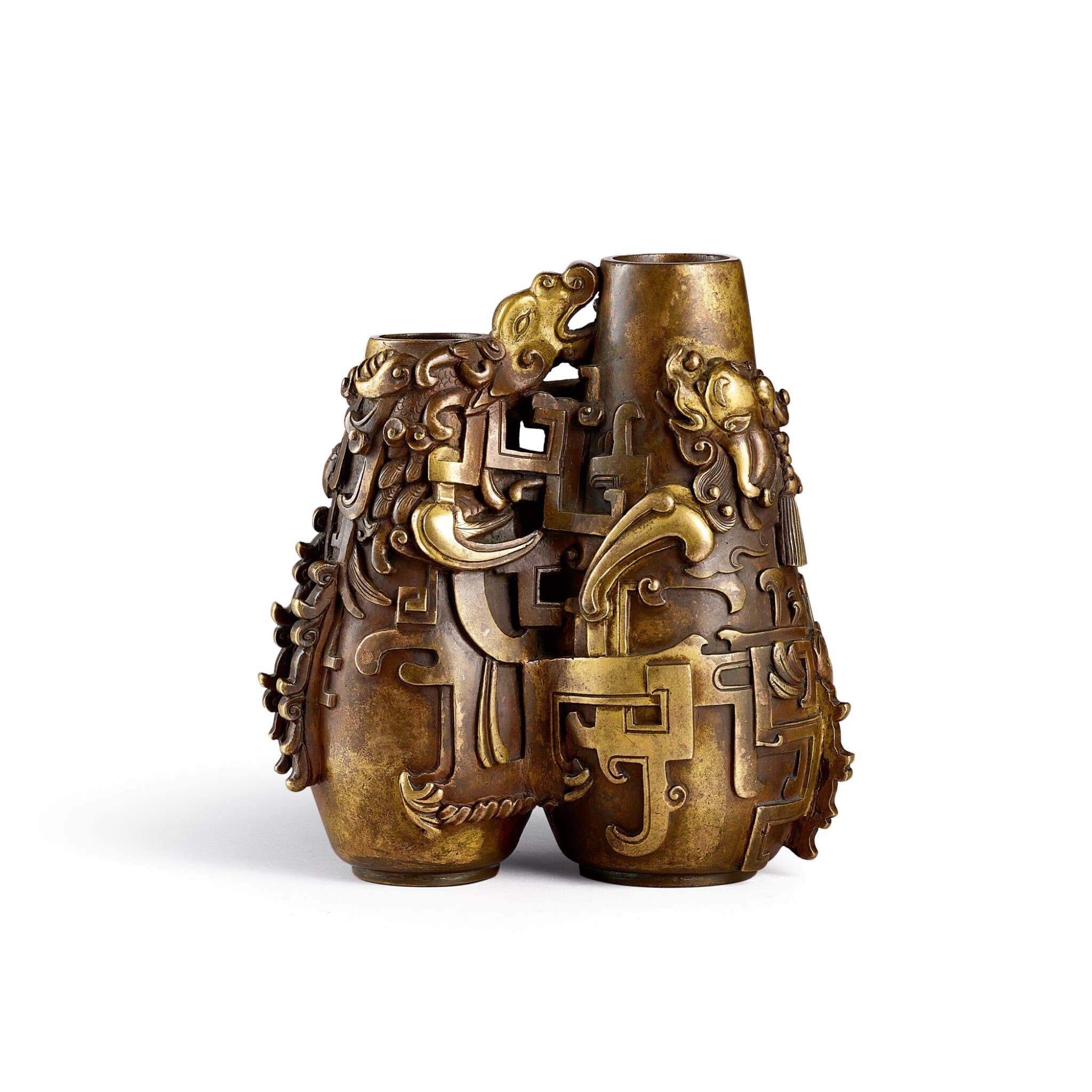 the two ovoid vases of upright elongated form, the exterior elaborately decorated with mythical beast masks issuing mock rings and surrounded by a stylised dragon and phoenix beasts meandering around the vessels with angular scroll bodies, further applied with splashes of gold, the base of the taller vase with a four-character reign mark within a rectangular

The vase is in very good overall condition. It is heavily and crisply cast with large irregular gilt splashes, the bronze patinated to a soft dark brown. There are very minor frits to the raised parts of the casting.

Another gold-splashed bronze double vase of this form from the Qing court collection, preserved in the National Palace Museum, Taipei, is illustrated in Through the Prism of the Past: Antiquarian Trends in Chinese Art of the 16th to 18th Century, Taipei, 2003, p. 157, fig. III-22. See also an example from the W.W. Winkworth collection, illustrated in The Minor Arts of China, III, Spink and Son Ltd, London, 1987, cat. no. 97, and an example illustrated by Robert H. Mowry, China's Renaissance in Bronze. The Robert H. Clague Collection of Later Chinese Bronzes 1100-1900, Phoenix, AZ, 1994, pp. 190-191. See also a closely related example of the same size acquired from Sydney Moss Ltd., London by Robert E. Kresko, illustrated by Philip K. Hu, Later Chinese Bronzes - The Saint Louis Art Museum and Robert Kresko Collections, St. Louis, 2008, cat. no. 36, and sold in these rooms, 6th April 2016, lot 3676.