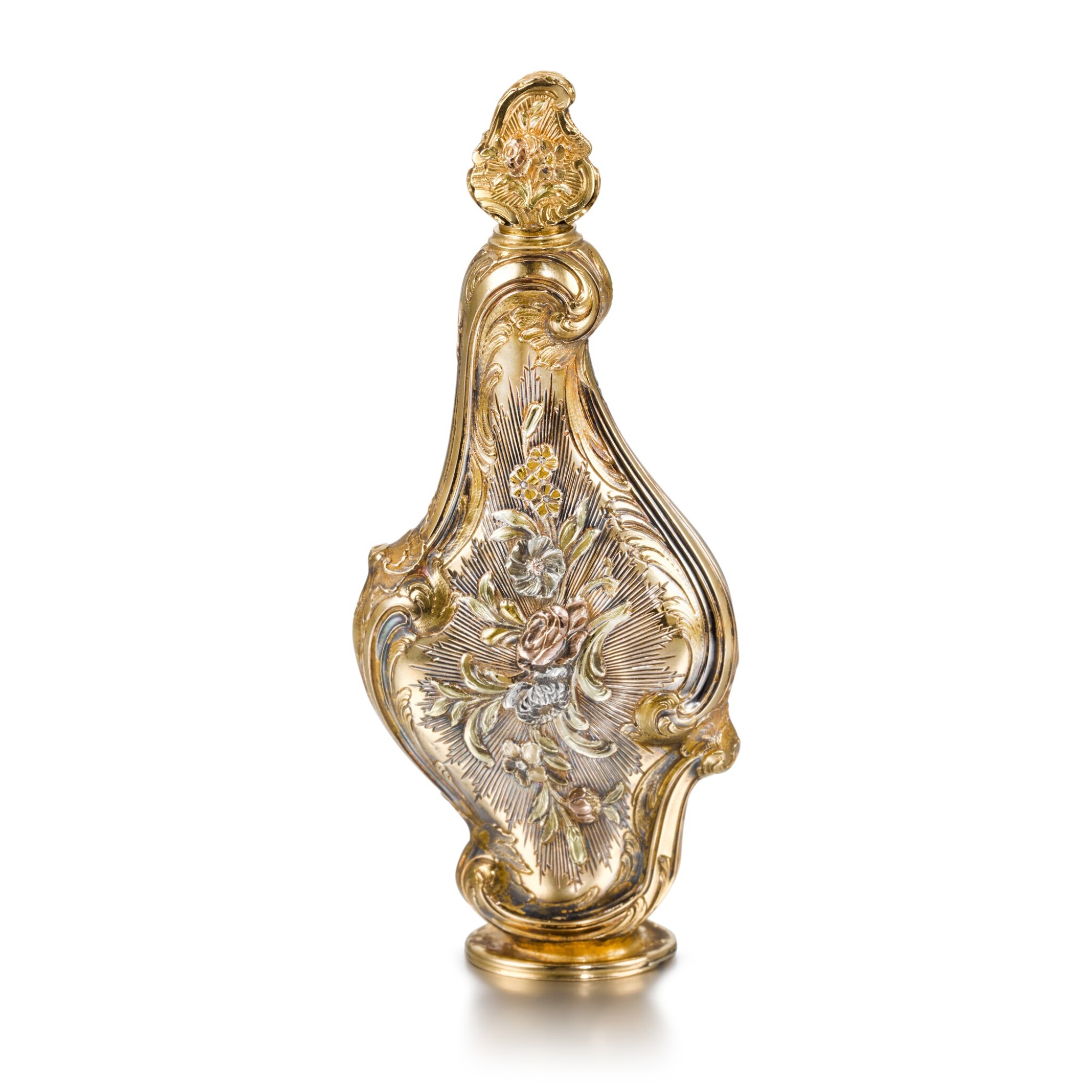 of curvaceous form, the body and stopper chased in coloured golds with flower clusters on a sunray ground within rocaille scrolling, maker’s mark, fully hallmarked for 20ct gold,

a rare example in good condition; would benefit from professional cleaning

Erik Fleming (1948);
Wilhelm Assarsson collection, no. 91
Svenkst Guld 1600-1850, Nationalmuseum, Stockholm, April 1948, p. 22, no. 53, ill. p. 55
The goldsmith Anders Liedberg was active in Stockholm between 1760 and 1778, and several examples of his work are to be found in the collection of the Nationalmuseum in Stockholm, among them another chased gold scent bottle, dated 1764 (Svenskt Guld 1600-1850, Nationalmuseum, Stockholm, April 1948, no 54, p. 21). His few recorded works are characterised by delicate and somewhat playful chasing of the gold, or by the basse-taille enamel in dark green or blue. A rectangular gold box, made in the same year as the present lot and also with panels chased with flower bouquets on an engraved sunray ground within scrolling foliage, is illustrated in A. Kenneth Snowman, Eighteenth Century Gold Boxes of Europe, Woodbridge, 1990, pl. 829, p. 385. One of the few basse-taille enamel and gold boxes still in private hands was sold at Sotheby's, 10 December 2020, lot 14.