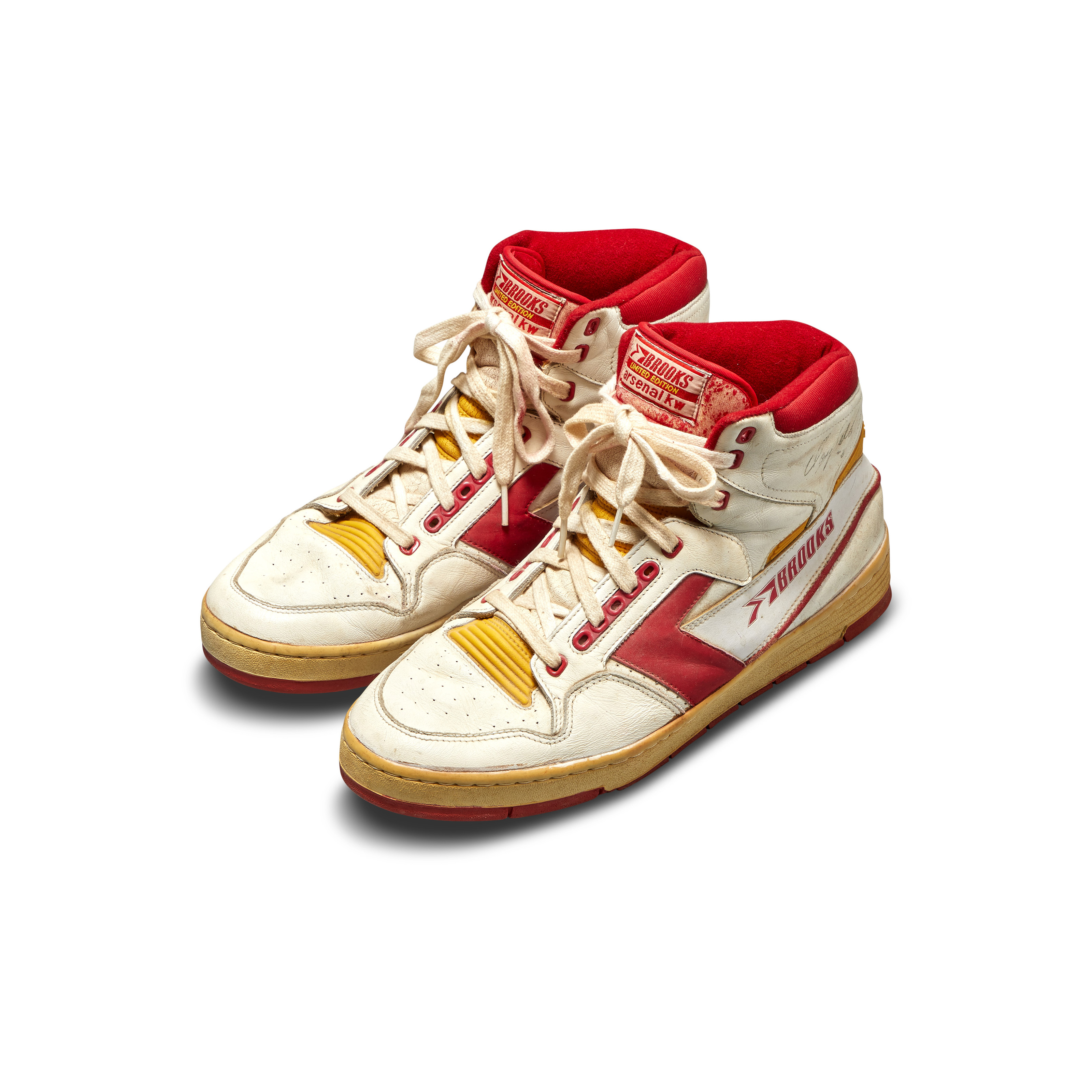 These sneakers were worn by Dominique Wilkins in 1988 while playing for the Atlanta Hawks. In 1999 Wilkins ended his 14-year career as a 9-time All-Star performer. The Hall of Famer is widely considered one of the best dunkers in NBA history. He is the Slam Dunk Contest Champion of 1985 and 1990.

This pair of Arsenal KWs is a limited-edition model. The same version was worn by Wilkins at both the 1988 Dunk Contest, and 1988 All-Star game. This specific sneaker is signed by Wilkins at each exterior heel with his jersey number 21.

-Signatures with ‘#21’ inscribed on the lateral heels.

-White leather and plastic uppers with red and yellow accents.

-Signature Brooks large red logo on the uppers and Brooks basketball wings logo on the heels.

Paint and leather on the tongues have cracked with age.