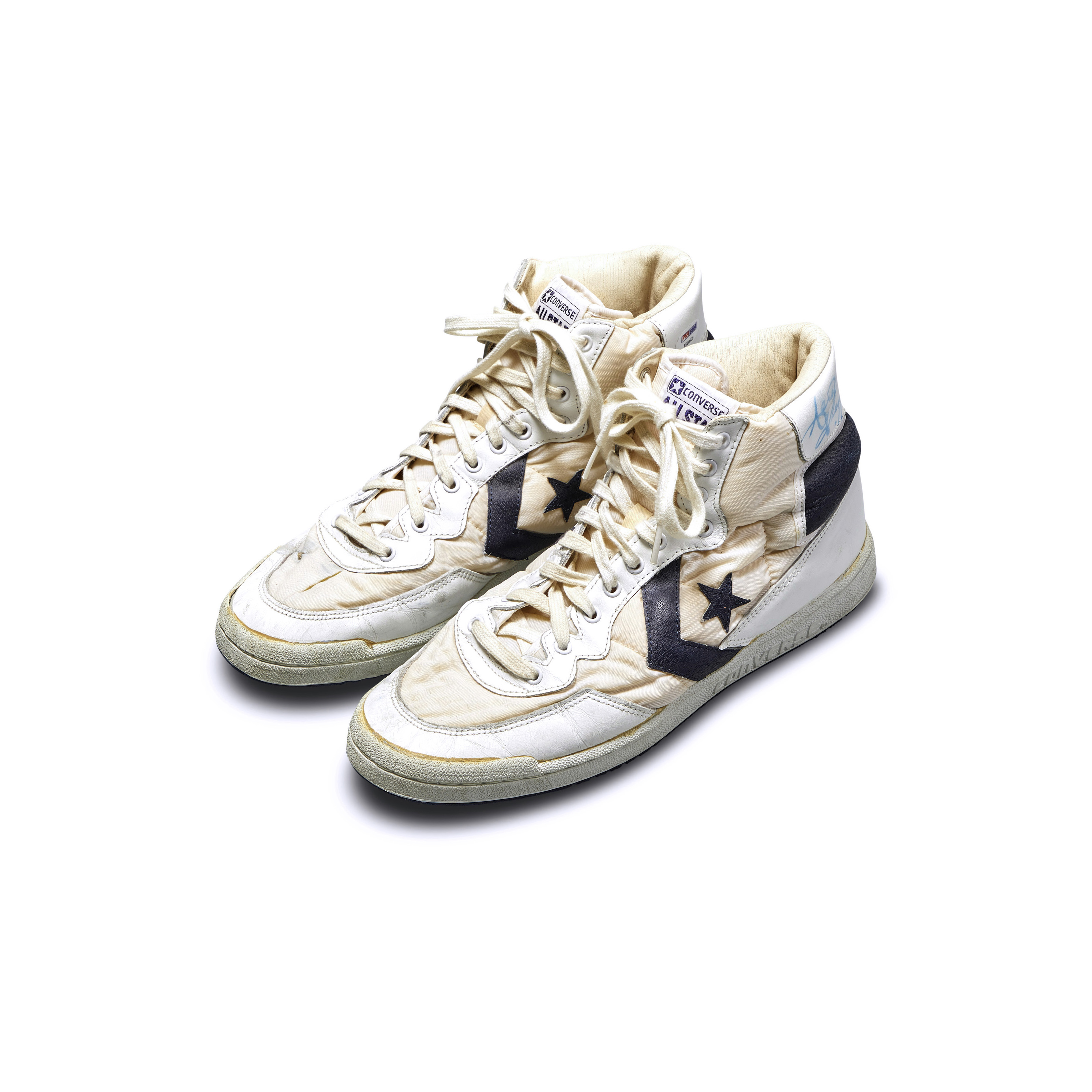 Isiah Thomas is an NBA legend. The Hall of Famer is considered one of the best ‘small’ guards of all time at 6-foot-1. After leading the Indiana Hoosiers to 2 national championships, he ranked Top 10 in both steals and assists in his first professional season. The 12-time All-Star performer was known as a ‘feisty competitor’ who played with flair. His role was pivotal in taking the Detroit Pistons from last place in the league to back-to-back championship wins in 1989 and 1990. He was named MVP of the NBA Finals in 1990 and also named All-Star MVP in 1984 and 1986.

This classic pair of dual signed Converse All-Star Fastbreaks were worn by Thomas in 1984. He was featured in the 1984 Converse campaign with the same Fastbreak model as this particular sneaker. An original advertisement is included with the headline, ‘A Lightweight for the Heavyweight.’

-Dual signed All-Star Fastbreak worn by Isiah Thomas during his 1984 season with the Detroit Pistons.

-Signatures are inscribed on each lateral heel with his jersey number ‘11’.

-Converse branding at soles and logos on upper quarters and heels.

Tear to fabric at toebox of right shoe.

Areas of discoloration due to age.