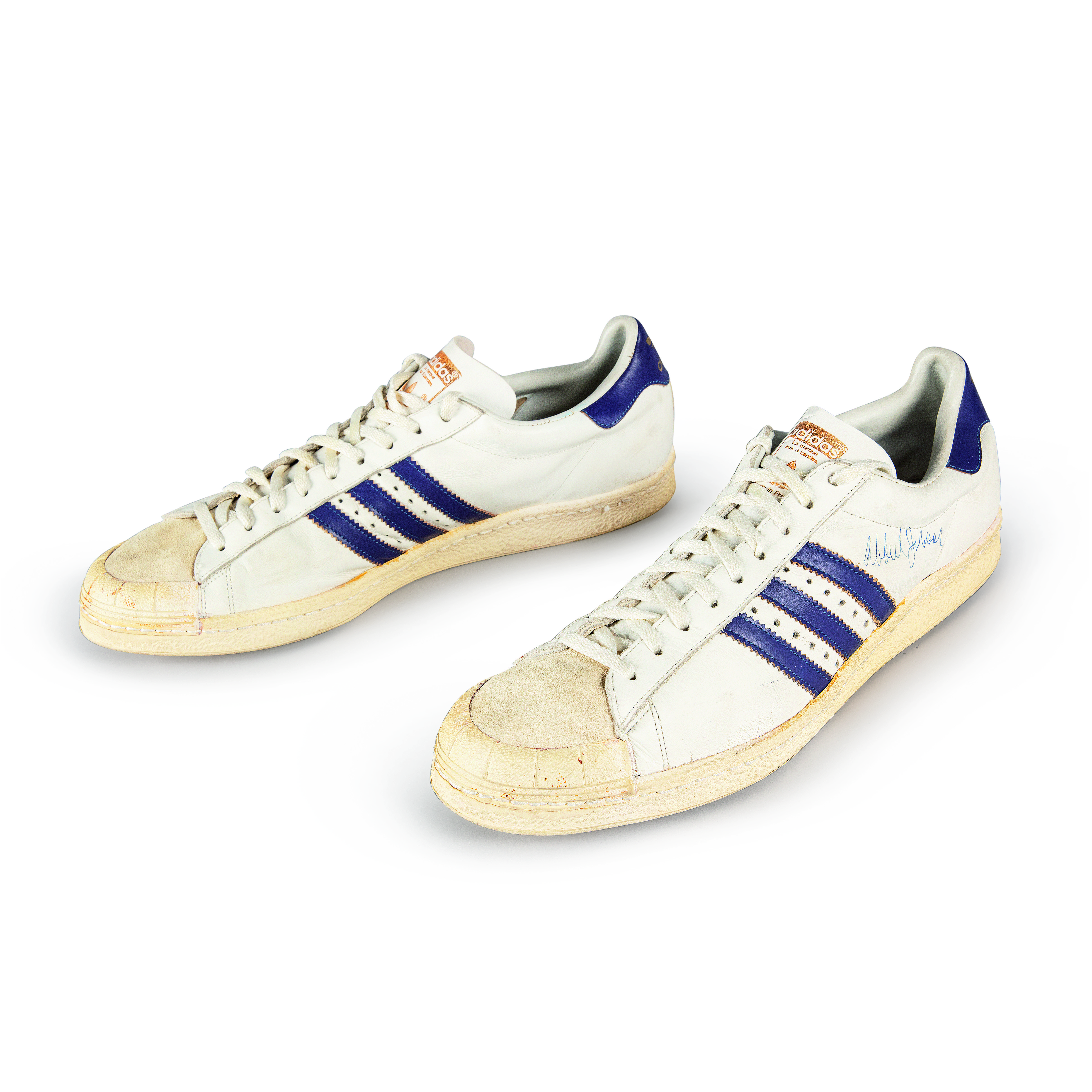 The legendary Kareem Abdul-Jabbar, also known as “The Captain,” has a combination of individual accolades and team successes that may never be matched in professional basketball. The seven foot two center ended his 20 year career in 1989 as NBA’s all-time leader in 9 statistical categories and still ranks first for the most points scored in NBA history. He began his NBA career as Rookie of the Year in 1969 and went on to win 6 championships, 2 Finals MVPs, and 6 Season MVPs. He is a 19 time NBA All-Star performer and member of the NBA’s 35th and 50th Anniversary All-Time teams.

These specific game worn and dual signed adidas Superstars were worn by Abdul-Jabbar during his 1979-1980 season with the Los Angeles Lakers, which ended with the NBA title and Abdul-Jabbar’s sixth MVP win. The iconic Superstar designed by Chris Severn, is considered the first ever signature basketball shoe because of Abdul-Jabbar’s game use. He was the first basketball player contracted by adidas. Coined ‘Kareem’s Sky Hook Shoes’, for his trademark high-flying shot, Abdul-Jabbar preferred the lowcut silhouette to keep his ankles strong and minimize shock absorption to his knees. The style is also known as “Shell Toes” because of the rubber toe cap design.

-Signed by Kareem Abdul-Jabbar in ball point pen at the lateral side of each shoe.

-Thin tongues labeled on interior side, “La Marque, Aux 3 Bandes” with adidas Trefoil branding and ‘Made in France’.

-This pair is accompanied by a Letter of Provenance.

Game-worn. Consistent with signs of age as well as use.