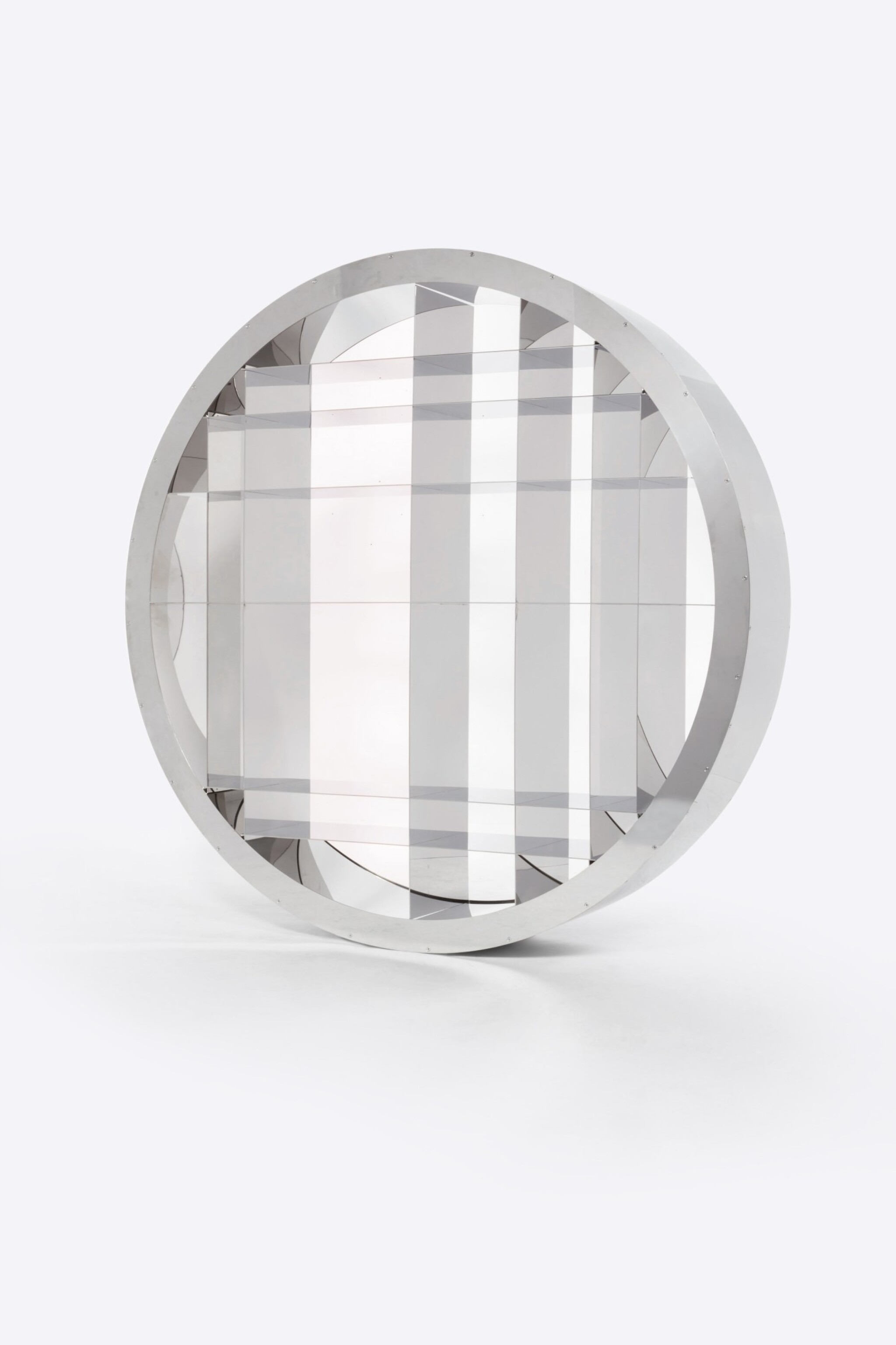 number 6 from an edition of 20 plus 5 artists' proofs

Overall in excellent condition. The present bookshelf was designed to be freely rotating onto itself like a wheel, with its shelves staying in place at a horizontal angle. As opposed to other versions of the model industrially produced by Dutch company Hidden, this example was produced in Arad’s own Italian atelier. The polished stainless steel surface presents with very light and faint surface scratches which are not visually distracting.


Executed in Arad’s studio, the “RTW” was originally produced in now-closed editions of two sizes, 180 and 130 cm diameter respectively, and with further option for surface treatment, either polished stainless steel like the present example, or patinated carbon steel. Caroline Thorman of Ron Arad Associates has confirmed that this, the larger 180 cm example executed in stainless steel, was realized in limited examples.

In response to the challenging production costs and complex production requirements of the studio-produced examples, a simplified unnumbered version now adjusted for serial production was briefly produced by Hidden, the Netherlands, for commercial retail. These examples featured a less complex arrangement of slats, were produced only from aluminum, and in the smaller diameter of 130 cm.