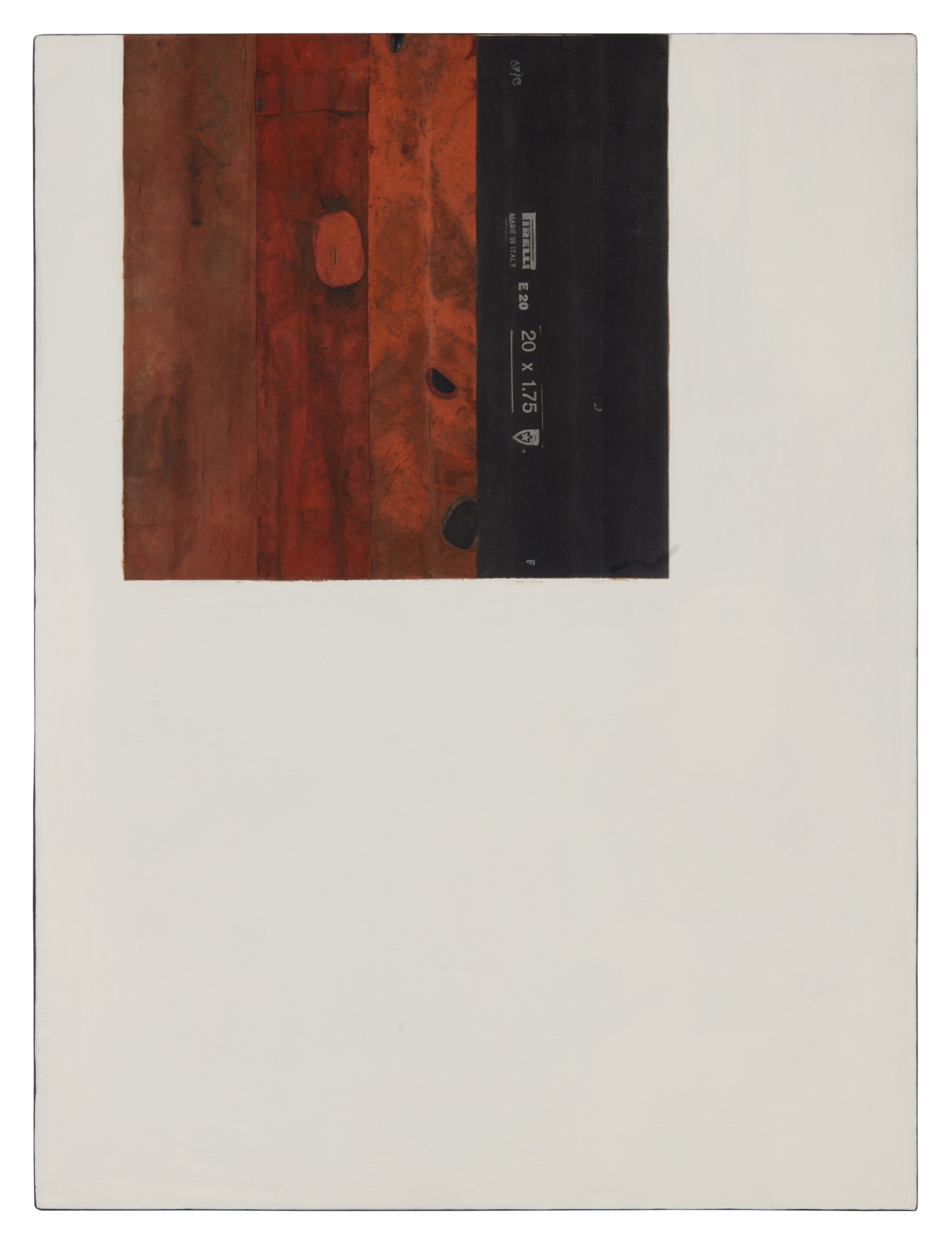 signed and dated 1977 on the stretcher

tire collage and oil on canvas

This work is registered in the Associazione Archivio Carol Rama, Turin, under registration no. 1098.

“All her life, Carol Rama stuck her tongue out. To the bigots, the fascists (from Mussolini to Berlusconi), the petit bourgeois patriarchs, the art world—to convention in general. Sticking out your tongue is childish, provocative; but it is also the physical reflex of a body under real pressure. Rama had trouble fitting in to the society in which she lived. Yet she did not invent or take refuge in another fictive one. Instead, in an undeniable resistance, she kept questioning, disturbing, and shocking the social order through her life and her art.

She has perpetually confounded historians and created persistent misunderstandings mixed with fantasies. Her work blurred practical historical categories and linearity, borrowing aspects of (and sometimes foreshadowing) late Surrealism, Expressionism, proto-Pop, Concrete art, Arte Povera, and soft sculpture. Stepping away from the hypermasculine artistic milieu of her time, she chose her crowd in literature (Edoardo Sanguineti), music (Massimo Mila), and architectural design (Carlo Mollino). In a way, she built up her own “failure” and obscurity, which in turn guaranteed her vital freedom.”