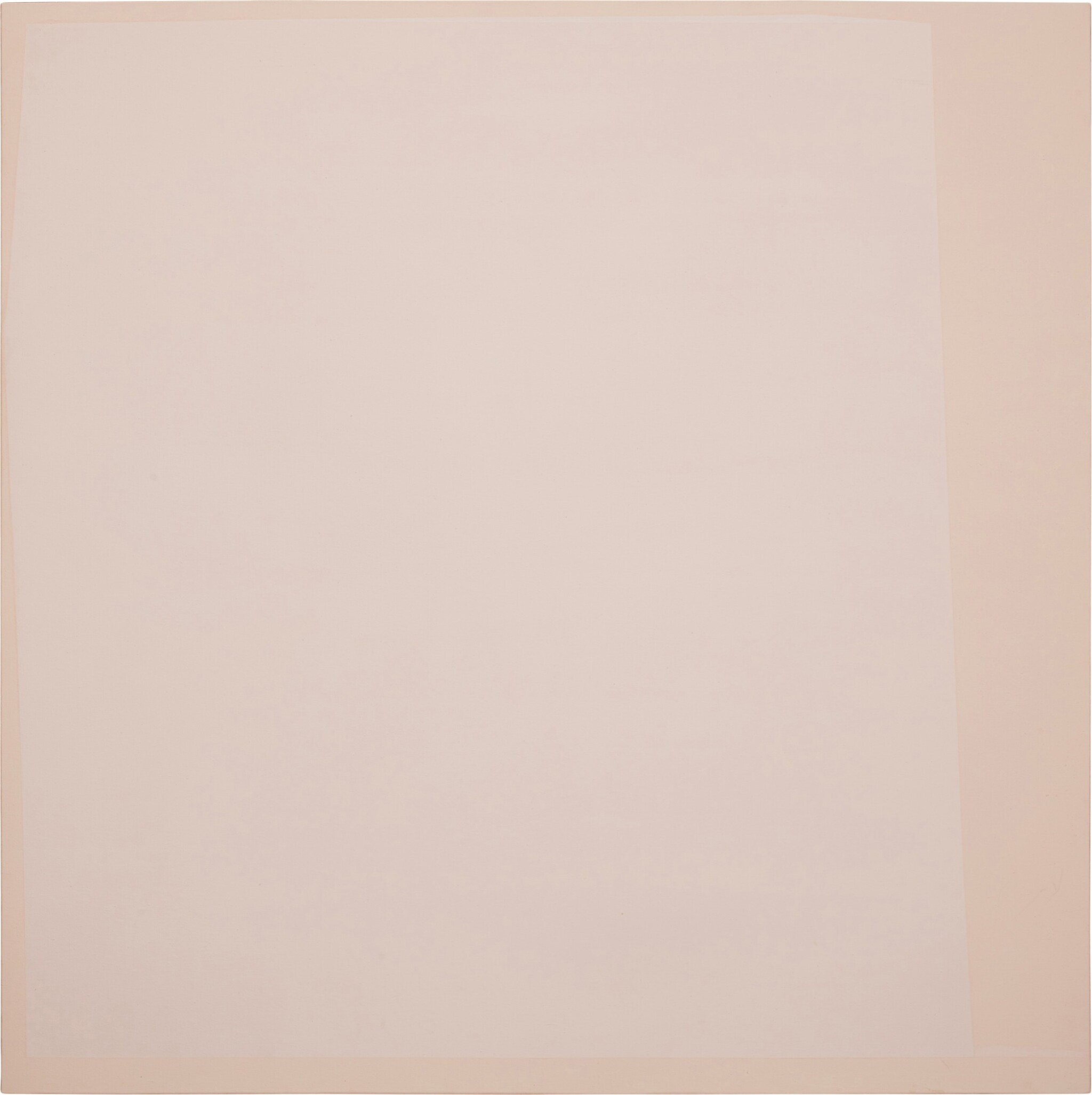 signed, titled and dated '81 on the reverse

Private Collection, Missouri (acquired from the above in 1981)

“What is important to me is not geometrical shape per se, or color per se, but to make a relationship between shape and color which feels to me like my experience. To make what feels to me like reality.” – Anne Truitt

Anne Truitt is often grouped together with Minimalist artists, but this is an association that she and her work denies. As she herself describes, “I have never allowed myself, in my own hearing, to be called a Minimalist. Because Minimalist art is characterized by nonreferentiality … {My work} is totally referential. I’ve struggled all my life to get maximum meaning in the simplest possible form.”[1] Despite the minimalist aesthetic that we can observe in much of Truitt’s work, it is her insistence on referentiality that separates her from an artist like Donald Judd. The referentiality of her work is perhaps clearest in her first sculptural work, aptly titled First (1961), which depicts an irregular segment of a white picket fence that, as many critics have pointed out, recalls Truitt’s childhood in Easton, Maryland. Thus, from the very beginning, Truitt charged her work with the memories of her childhood. Truitt’s sculptural practice quickly became more abstract as she left behind the white picket fence of First in favor of pared-down pillars of color, for which she has become famous. However, despite the abstraction of these later pillars, James Meyer argues that “Each sculpture is the residue of a memory or a chain of memories triggered during its completion.”[2] In both her sculptures and her paintings, Truitt asks us to find the trace of memory in abstraction, to discern the shape of experience even in her most subtle work.

Executed in 1981, Alcalá softly hums with the rhythm of a distant memory. Although it is impossible to locate the precise memory that is buried within this work, Alcalá, like much of her work, seems to refer to Truitt’s childhood in Maryland. In her celebrated Arundel paintings, that bear a certain resemblance to the current work, the white fields of paint become direct references to Truitt’s childhood, since the series’ title in fact comes from Maryland’s Anne Arundel County where she grew up. Thus, we might similarly begin to see in Alcalá’s delicate geometry some trace of Truitt’s childhood. The angular white shape in the center of the canvas even bears a resemblance to the houses of Easton with their slanting rooves, which fascinated Truitt throughout her career. If we look at another work like Truitt’s 26 December 1962, No. 5 (1962) from the collection of the National Gallery of Art in Washington D.C., we can see the silhouette of a house that is very reminiscent of the shape in Alcalá. Furthermore, Alcalá means ‘fortress’ in Spanish, which suggests that we are in fact looking at some kind of architectural structure or even an Easton house, since, as Anne Wagner describes, “Truitt later wrote that she thought of Easton’s houses as forts, and the blankness of the paper reinforces a sense of their isolation in a nowhere that is hardly a place at all [emphasis added].”[3] The Easton house as a ‘fort’ thus anchors Truitt in her past, since what is this “nowhere that is hardly a place at all” if not the hazy world of memory?

Truitt’s work, by virtue of its engagement with memory, invites comparison with the writing of Marcel Proust, the writer of memory par excellence and an inspiration to Truitt. When she was young, Truitt even translated a commentary on Proust’s work into English. A quiet composition such as Alcalá recalls a famous passage by Proust, who writes:

“Undoubtedly what is thus palpitating in the depths of my being must be the image, the visual memory which, being linked to that taste, has tried to follow it into my conscious mind. But its struggles are too far off, too much confused and chaotic; scarcely can I perceive the neutral glow into which the elusive whirling medley of stirred-up colours is fused, and I cannot distinguish its form.”[4]

The indistinguishable form in Alcalá is perhaps this visual memory that is trying to erupt into consciousness but cannot yet emerge. This memory is, as Proust writes, still too far off, but we can feel it emerging — we can perceive its “neutral glow.” In Alcalá, the suggestion of a house is only whispered, as if this memory’s resonance had been dampened beneath a perfect field of snow. Yet this memory is also assertive as it stretches across the canvas, filling our vision with its radiance. This panel of white is simultaneously heavy and weightless. For Truitt, memory has this double nature: it is both as permanent as a ‘fortress’ and ethereal, eluding our attempts to recover it, to revive it, to represent it. Truitt articulates this duality, when she writes, “What was it that meant the very most to me inside my very own self? The fields and trees and fences and boards and lattices of my childhood rushed across my inner eye as if borne by a great, strong wind … I knew that that was exactly what I was going to do and how I was going to do it.”[5] Here, Truitt describes glimpses of memory carried by a strong wind ­­— a force that is equally powerful and ungraspable. Furthermore, Truitt suggests that it is her task, as an artist, to capture the memories that rush past her. It is her task to distill memory in color. We might then discern in Alcalá’s delicate yet expansive form what Proust called “the vast structure of recollection.”[6] Perhaps, the house, the fortress, or simply the form of Alcalá is this structure of recollection, the home of memory itself. Maybe this humble field of color bears within it all of Truitt’s experience. And Truitt invites us in.