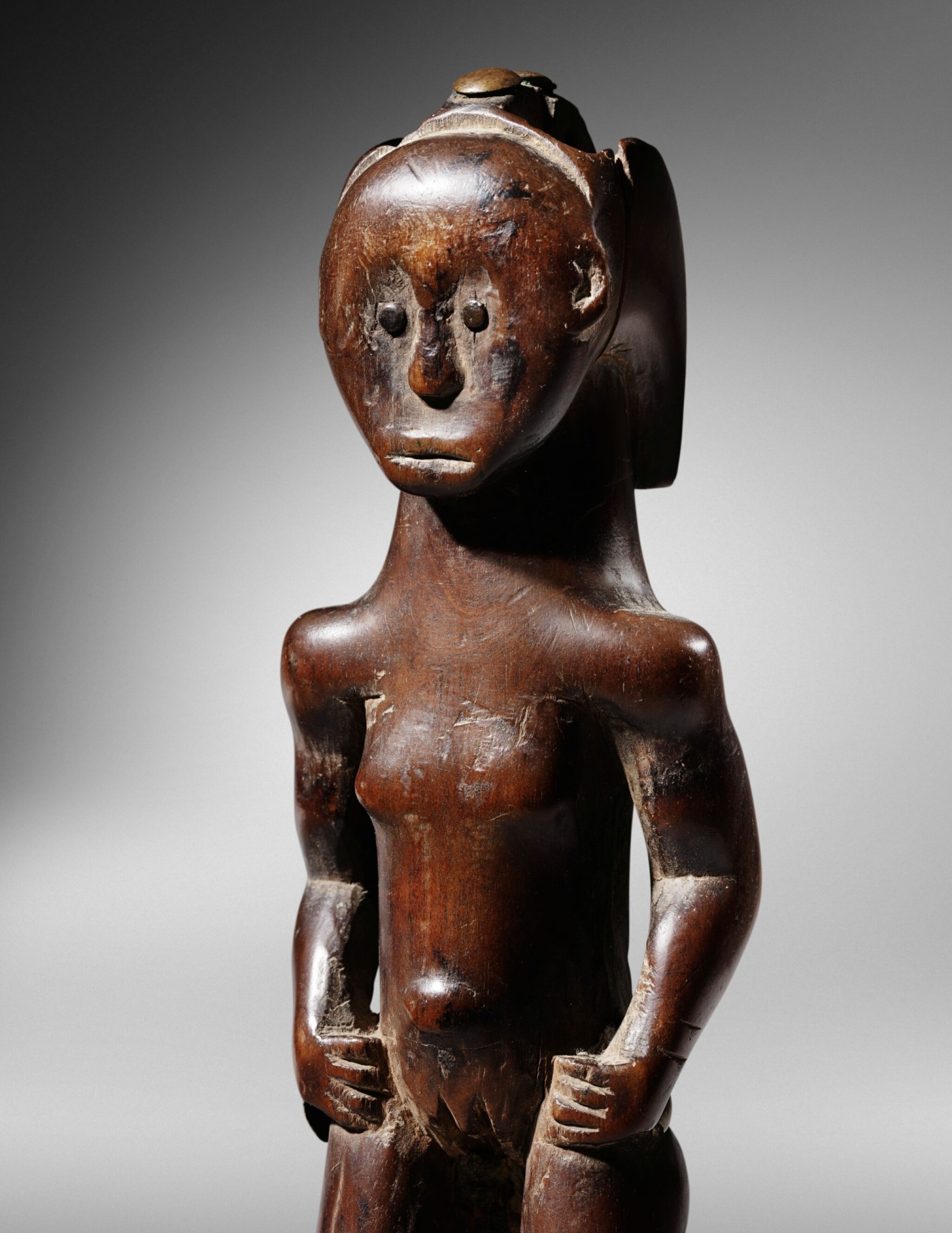 This "miniature" reveals the masterful hand of a great sculptor, both in the delicate craftsmanship of the head and in the subtle outline of the volumes of the body. The miniature sculptures (statues or standalone heads) are rare pieces in the Fang statuary and are mainly the work of the Fang Ntumu and of the Betsi of Rio Muni and Northern Gabon. Specifying their function individually remains a complex task. Whilst some were used to embellish small, probably portable reliquaries, others isolated at the time of their collection, originally adorned the insignia reserved for the lineage chiefs: ceremonial canes, fly swatters or fans.

This female statuette, depicted in the stance classically associated with ancestor effigies, was probably the ornament of the tip of a rare chief's cane known as an ntum eyema, i.e., in Fang language, "the staff bearing an image". The figure carved at the summit was a reminder that the bearer fortunate enough to be allowed to use the staff, was a keeper of the byeri, the head of a family responsible for the human remains of a lineage, charged with keeping them well hidden. This type of object could be temporarily entrusted to the messengers of the chief to attest that the announcements and orders conveyed were indeed authentic.

The figure is sculpted in the image of a young girl, wearing elegant bracelets and a delicate adornment around her waist. The head is very skilfully carved, especially considering its reduced size and displays a typically Fang face and crested coiffure (nlo-ô-ngo). The surfaces, meticulously polished with abrasive sheets, reveal the care lavished upon it and the beautiful patina of use, with its lacquered aspect, attests to its extensive use.