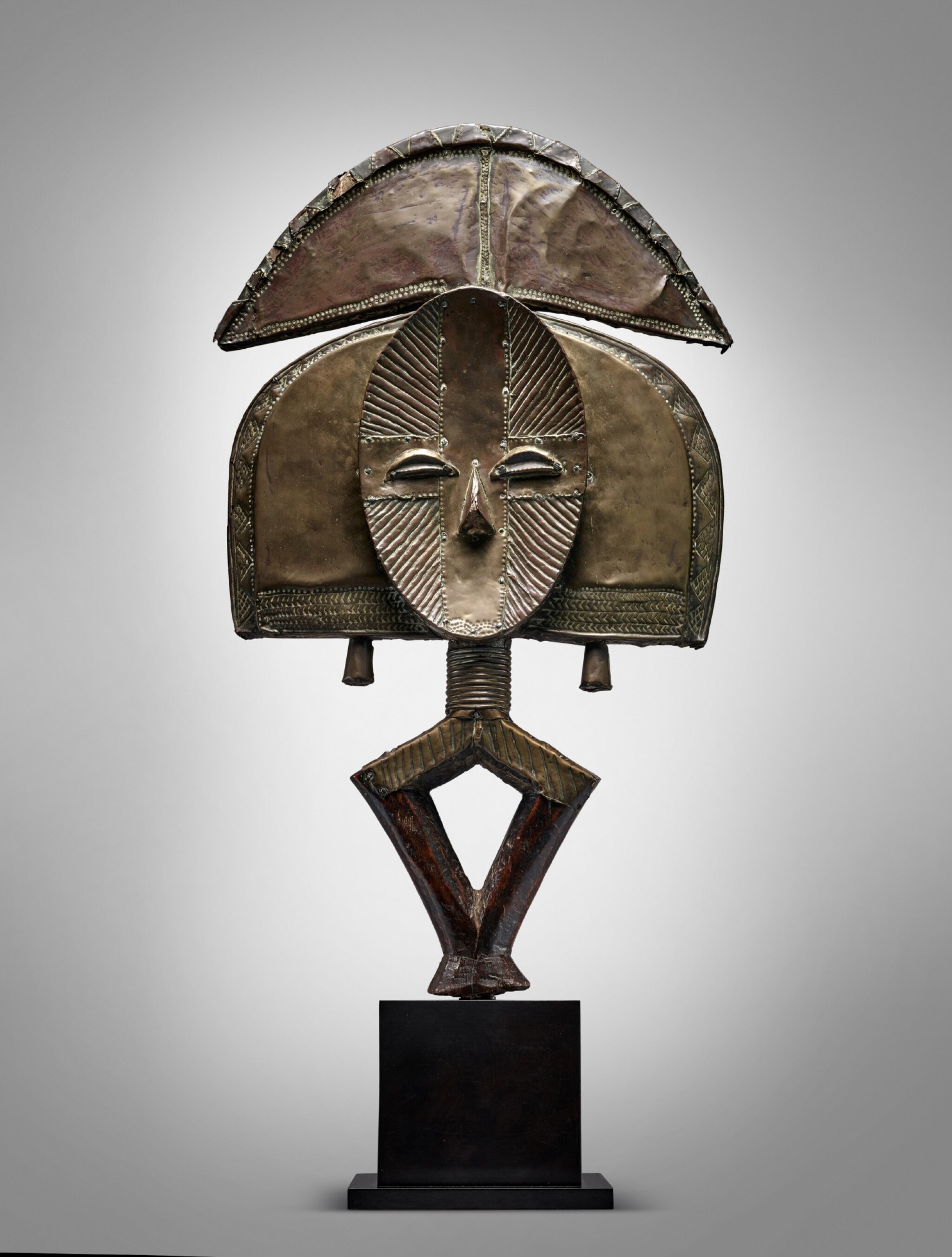 Kota reliquary figures have become icons of world art, and are today instantly familiar to Western viewers. The basic elements of this tradition are distinctive and do not exist elsewhere in Africa; carved in wood, the human head is rendered with graphic geometrical shapes in a flattened, mostly two-dimensional shape, rising vertically on an integrally carved cylindrical neck above an open lozenge. The front of the sculpture is covered with an arrangement of flattened metal attachments, often in varying colors and with chased geometric motifs. No two figures are entirely identical. Such details are present in this kota figure, which also displays a headpiece of a semi-lunar shape.

The iconographic designs of Kota figures reference the faces, and in some cases the skulls, of those whose sacra they watched over. The surfaces of copper and brass – as highly valued as gold in nineteenth century Gabon – were kept gleaming by repeated sand polishing, and evoked the sparkling surface of a body of water, beyond or beneath which was the world of the deceased. For their creators, these sculptures embodied a mystical conduit between the living and the dead. The highest examples of this artistic practice reveal to us artists whose formal ingenuity, use of materials and artistic skill resulted in a condensation of spiritual force in league with the great sacred sculptures of the world.