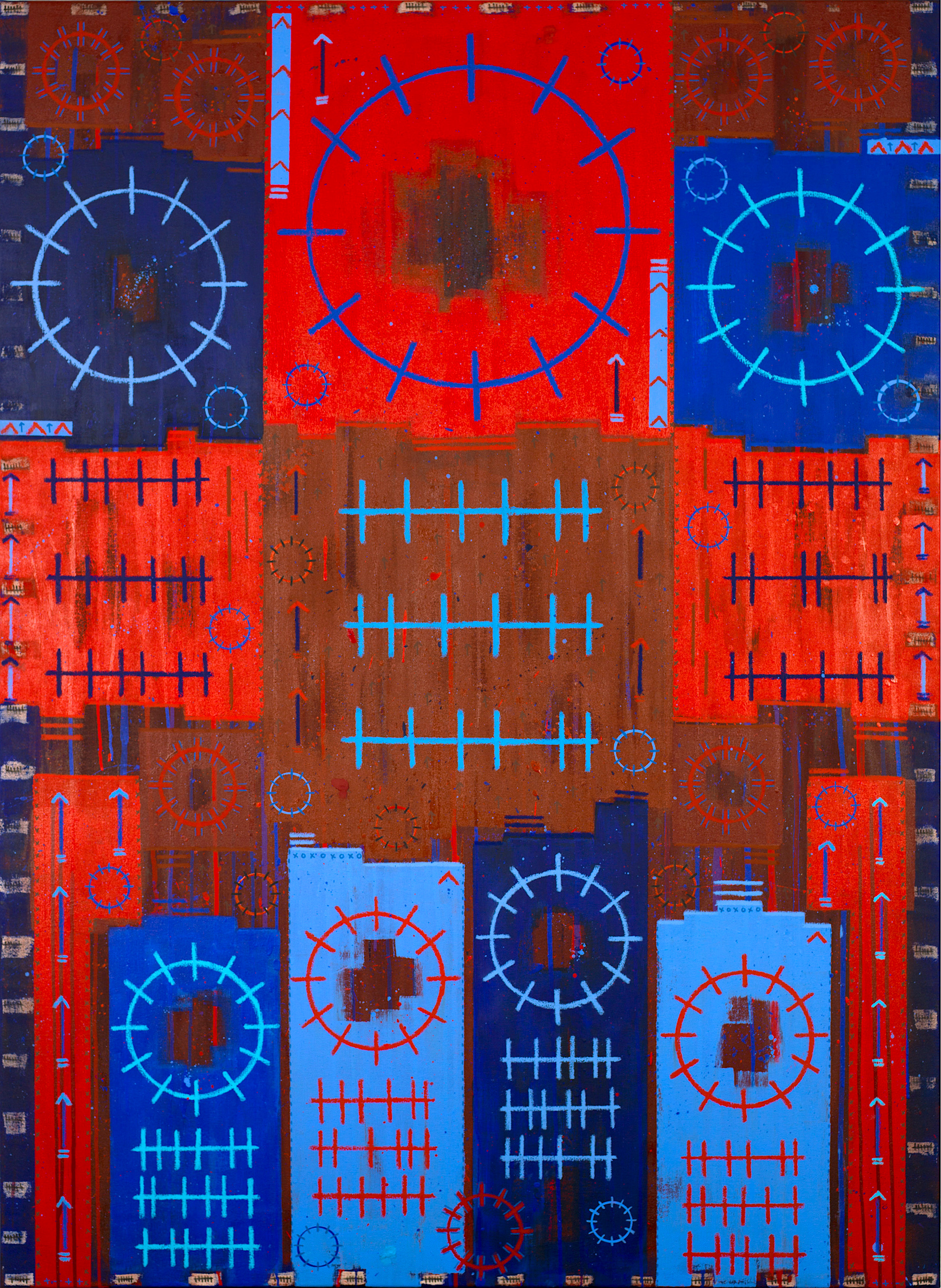 Courtesy of the artist and Aktion Art

Painted in Paris during the summer lockdown of 2020, Âme Colorée (Colorful Soul) was Kevin HEES's first work completed as part of his "PARIS 2020" series. Featuring layers of deep blues, burgundy reds, and striking pastels of cyan and magenta, Âme Colorée's composition rings true to its name in that the canvas is an introspective explosion of color, depth, and vivation.

The "PARIS 2020" series is the culmination of American artist Kevin HEES' first overseas residency. Painting for two months at one of three private residences situated within the Elysée Palace Presidential compound, HEES's experience proved both formative and dynamic; faced with not only the challenges of global lockdown, but also with the challenges of being an emerging American artist being presented to the cut-throat Parisienne art scene. To great success, works from "PARIS 2020" are now exhibited in some of Europe's most prominent private collections; including foundations and residences in Sweden, Brussels, France, and the United Kingdom.

Exemplary of Kevin HEES's style and work, Âme Colorée embodies HEES's core principles of the soul, the Universe, light, color, sound, and space, expressed as art through symbolism and geometry. The Circle represents totality, the soul, the circle of life, and the universe, while the three lines are HEES's intentions for the viewer of Health, Wealth, and Happiness. The six lines sub-dividing each of the three lines (forming a total of 7) are also representative of: the 7 prismatic colors, the 7 notes on the musical scale, and the 7 attributes of physical space. Kevin's states, "it is the combination of color, light, sound, and space, infused with positive intention, and the power of the soul, that creates: ART."

Highly scientific in his methodology and messaging, each of Kevin HEES's canvases use the primary geometric shapes (circles and lines) to symbolize science, physics, and the Universal laws that govern us all. He has adopted these circles and lines to create his own unique "HEES Mark" which is featured throughout his work. Âme Colorée features 7 of these marks, divided into 3 color-block sections. 7 multiplied by 3 is 21, and there are 21 smaller circles featured throughout the painting to symbolize this union of mathematics and creativity.

Now back in the United States, and painting from his studio in Palm Springs, CA, Kevin's work has begun appearing in the press, at high-profile galas, auctions, and Museums. He was recently featured at the

Museum of Art and Design's annual MAD Ball Benefit Gala through Artsy, and is represented by Nick Hissom of Wynn Fine Art and Aktion Art.

"My message is to inspire and remind people of what it means to be human." - Kevin HEES