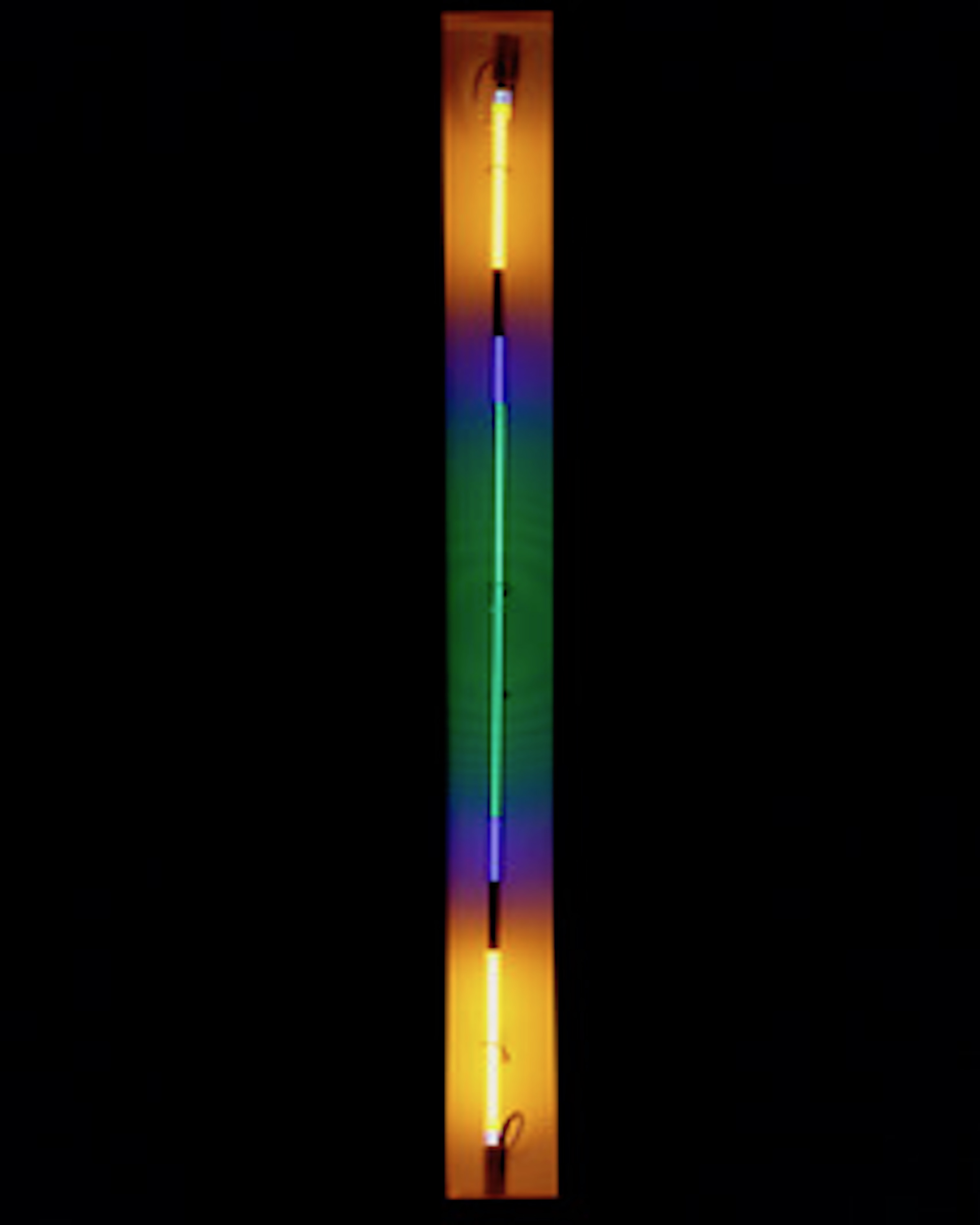 This piece is in excellent condition. Piece has neon, transformer with pull chain, extra wire, and hanging hardware.

A central figure in the California Light and Space movement, Laddie John Dill has been crafting light and earthy materials like concrete, glass, sand, and metal into luminous sculptures, wall pieces, and installations since the 1970s. Referring to his choice of materials, Dill explains: “I was influenced by Rauschenberg, Keith Sonnier, Robert Smithson, Dennis Oppenheim, and Robert Irwin, who were working with earth materials, light, and space as an alternative to easel painting.” Among his most celebrated works is an untitled installation from 1971, for which Dill filled a gallery with mounds of pale sand, topped with precisely arranged glass panels illuminated by the soft, green glow of argon lighting set just beneath the surface.

Dill was one of the first Los Angeles artists to exhibit “light and space” work in New York. He has exhibited the “Light Sentences” and “Light Plains” in institutions across the United States and globally, and enjoyed a resurgence of interest in these pieces in the last decade, including a recent acquisition of a “Light Plains” sculpture by the Museum of Modern Art in New York.