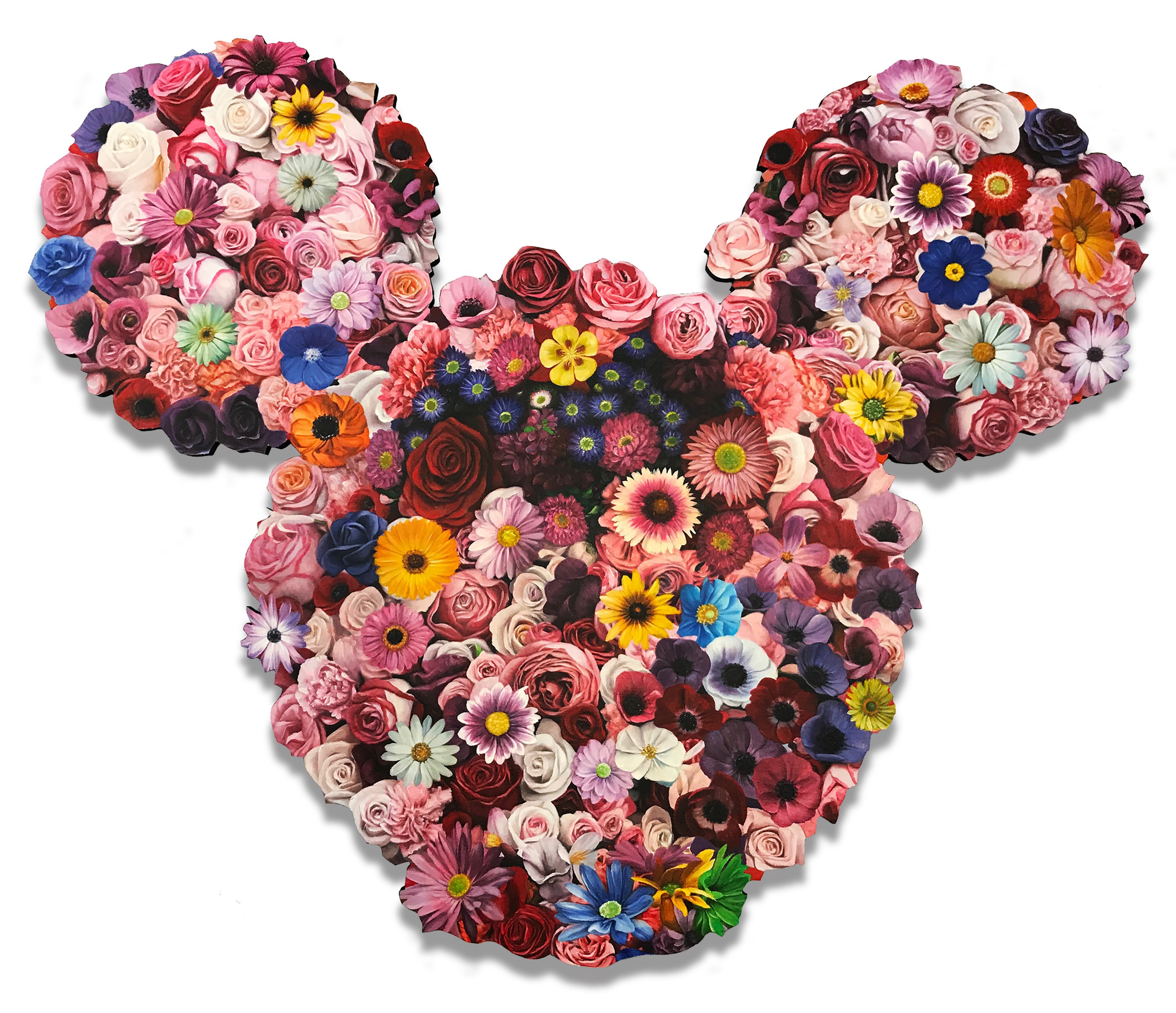 Signed on verso in white pencil

Oil on canvas mounted on wood

This piece is in excellent condition. There are a few canvas threads on edges where board is cut.

Courtesy of the artist and Gavlak Palm Beach/Los Angeles

Marc Dennis is an American artist known for his realistic paintings that celebrate the subversive potential of beauty and explore the charged subjects of identity, pleasure, and decadence. Interested in transformative possibilities Dennis merges various movements throughout the western art historical canon with modern tropes in order to create clever, provocative and symbolic contemporary paintings that play on our psychological, cultural and spiritual relationships. Influenced by Southern European figurative masters such as Caravaggio, Velasquez, and Manet, and Northern European still-life masters, such as Ambrosius Bosschaert, Jan Davidsz de Heem, and Rachel Ruysch, Dennis introduces us to an alternate reality rich with hype, narrative and humor where art, history, nature and pop culture intersect.

Dennis’s work has been shown in numerous solo exhibitions thought the United States, and in international group exhibitions in South Korea. His recent commissions include a series of thirty hand-painted glass windows and two large mosaics for the New York Metropolitan Transit Authority. His work can be found in the public collections of The Jack S. Blanton Museum of Art at the University of Texas at Austin; The Rockwell Museum of Western Art, New York; Wadsworth Athenaum, Connecticut; Museum of Comparative Zoology at Harvard University, Massachusetts; Iris & B. Gerald Cantor Center for Visual Arts at Stanford University, California; The Springfield Museum of Art, Ohio; and The MIN Art Museum, Guadalajara, Mexico; among others.