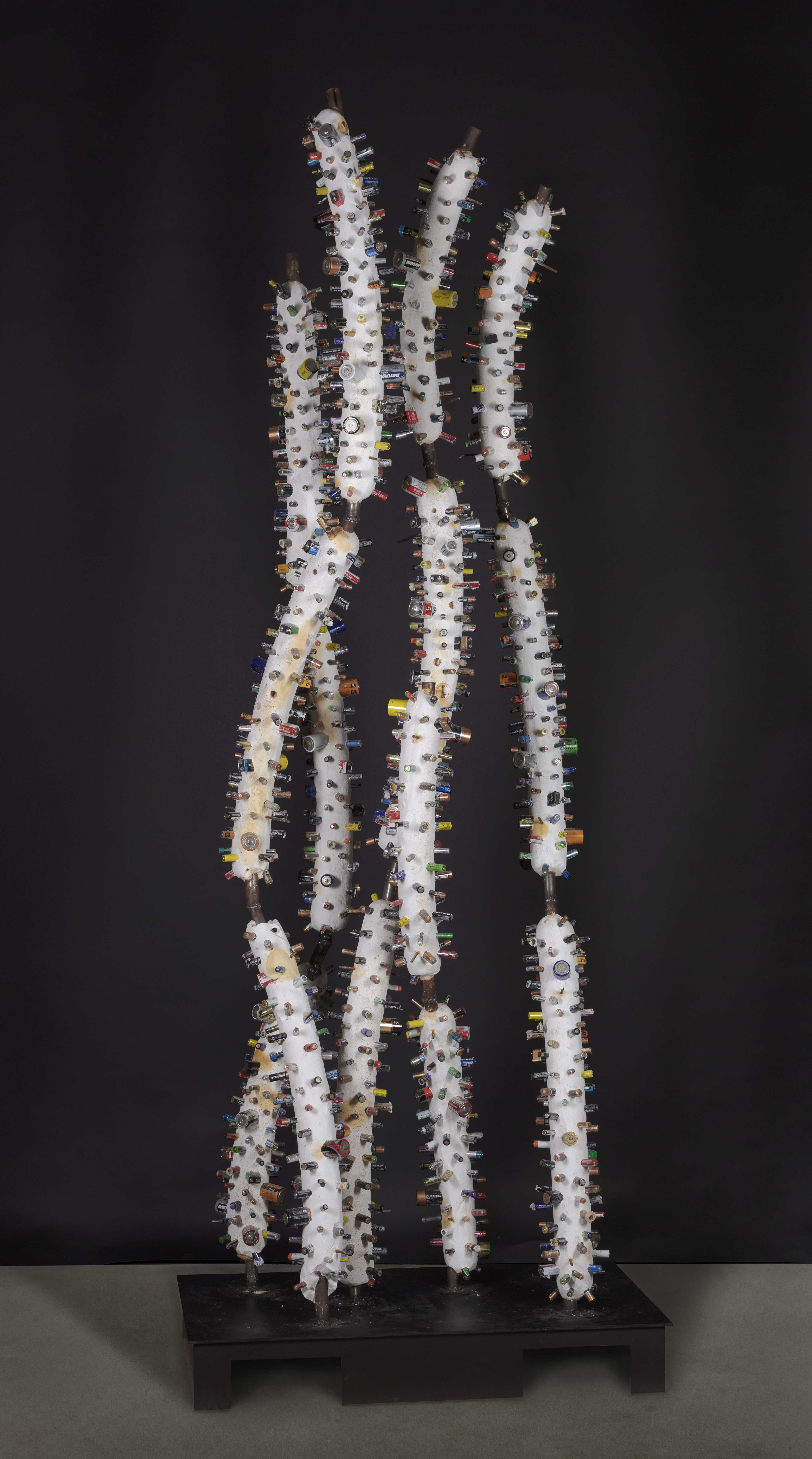 Several holes without batteries added (not evident if they are missing or if they never had the battery added.) Some white acid crustation on several batteries. Discoloration on plaster from leaking battery fluid.

Courtesy of Barbara and Richard Rothschild

Evan Holloway is one of Los Angeles's most iconic artists. Identified with the city since the beginning of his career, he exemplifies a distinct West Coast art-historical tradition. Holloway led a generation that ushered in a new era of California-based art. His hands-on approach to sculpture evolved when the dominant discourse in art had moved away from presenting objects in space as a site of aesthetic investigation. What he describes as an "analog counterrevolution" is a one-man paean to the belief that standalone sculpture can be both conceptually complex and accessible to a general audience. Working a wide-ranging multimedia practice, his work is characterized by its playful approach to consumer culture and pop imagery. Holloway regularly incorporates everyday objects such as batteries or cinderblocks with hand-sculpted element. His work is suffused with a prickly beauty that is at once personal and universal.

Holloway's work has been highlighted in major surveys such as the 2002 Whitney Biennial, and the artist’s major exhibitions include those held at Paula Cooper Gallery in New York, David Kordansky Gallery in Los Angeles, and the San Francisco Museum of Art. Holloway’s work is included in the collections of the Museum of Contemporary Art Los Angeles and the Hirshhorn Museum in Washington, D.C., among others.