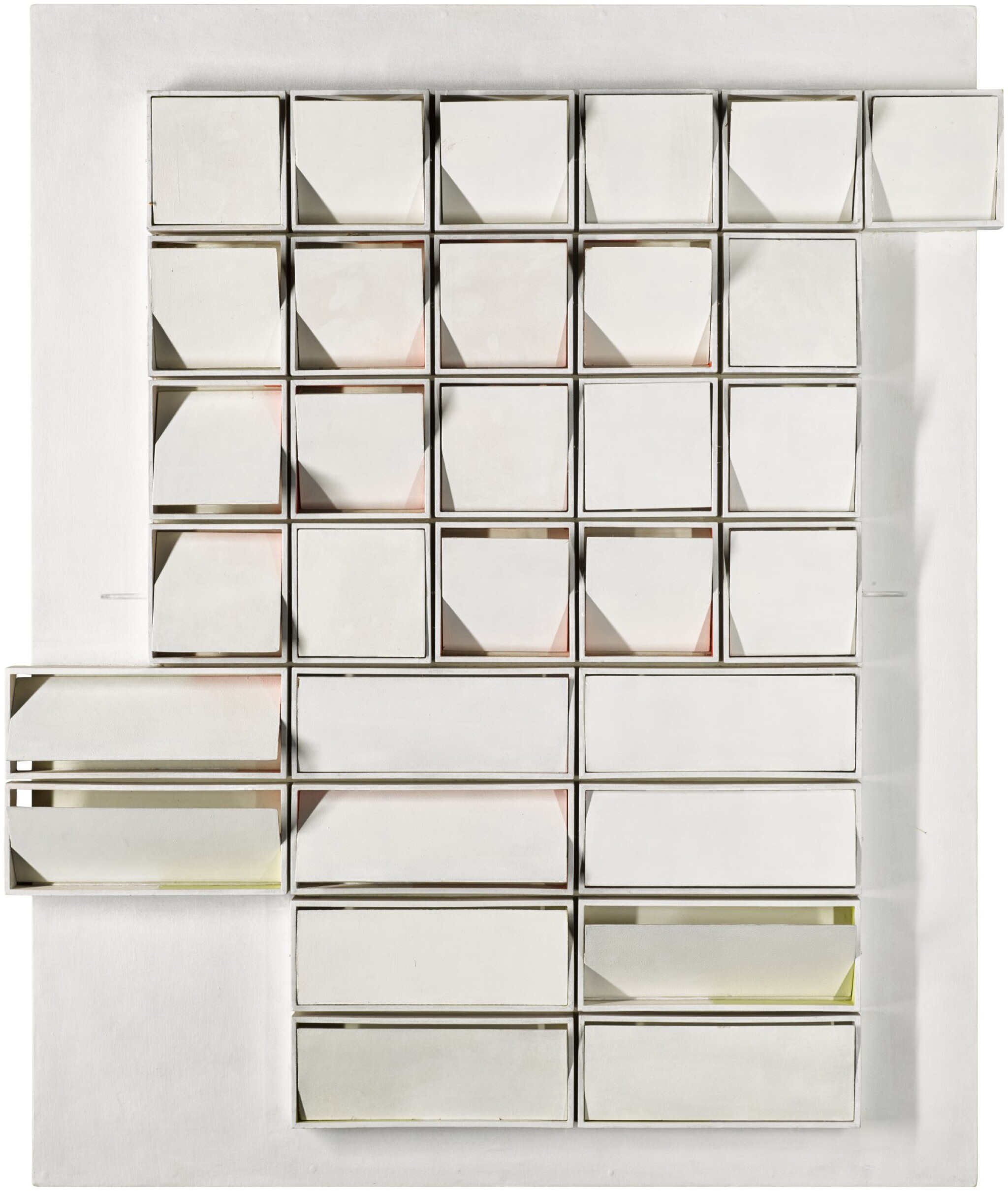 three dimensional movable wooden construction with acrylic on board

There is some minor surface dirt otherwise the work appears in excellent condition, ready to hang.

Gallery Starmach, Krakow
Purchased from the above in 1999

Adam Marczyński was one of the most original artists of post-war Krakow. A member of the Krakow Group (which also included Maria Jarema (lot 17) and Jonasz Stern (lot 16)), in the second half of the 1950s Marczyński began to underline structure in his works and the macro-cosmos of generalized visual forms became the micro-cosmos of greatest interest to the artist. Colour, rendered sensitively in delicate, harmonized arrangements became his main source of lyricism. Around 1960 he abandoned two-dimensional paintings in favour of paintings-objects and ventured into collages, half-spatial works made with a variety of materials. These works became known as ‘Konkrety’ – Concrete Items. In the following years Marczyński moved increasingly towards sculpture-like three-dimensional works.

In the present work, small boxes that can be opened or closed, form a kinetic geometric assemblage that is everchanging and plays with light and shadow. The salient characteristic of works such as Variable Reflections 4 are therefore that they allow for viewer intervention. Marczyński’s structures constitute dynamic ‘open’ works and by manoeuvring their elements viewers can create ephemeral, changeable and original compositions of their own – the law of probability their only limitation.