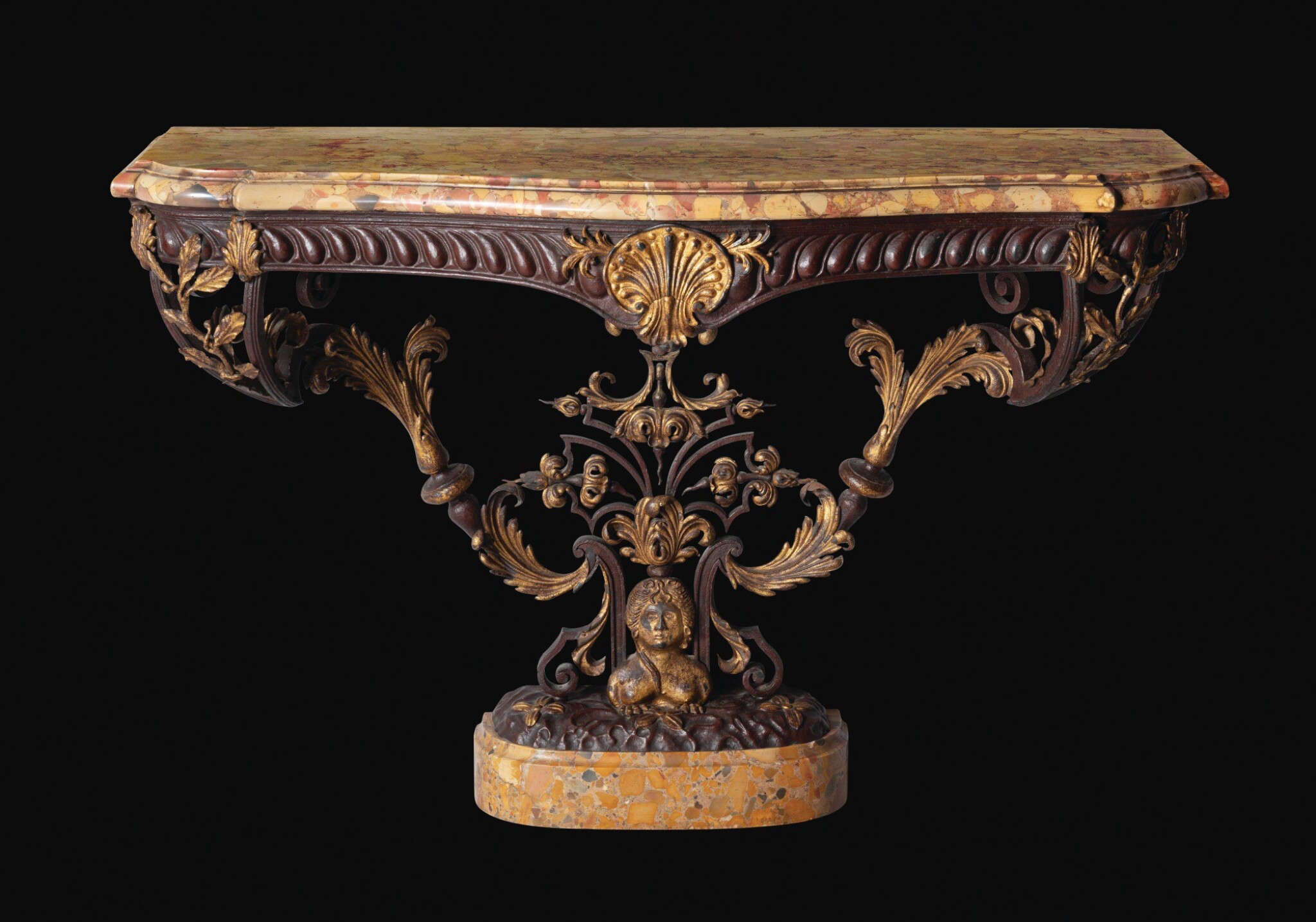 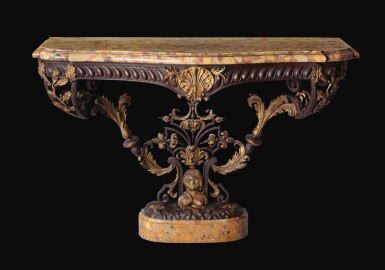 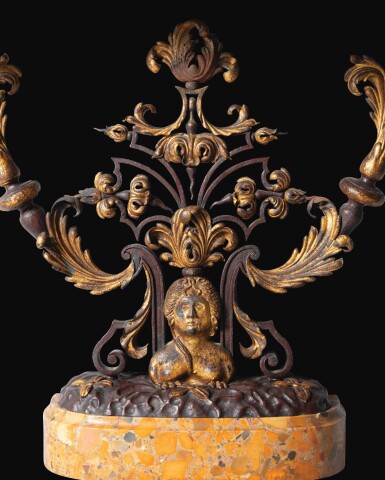 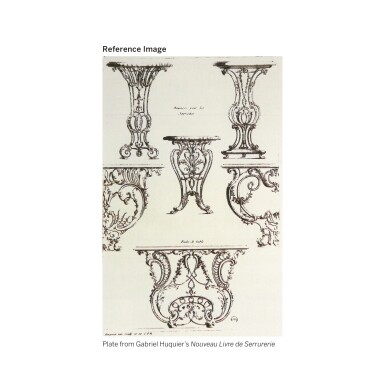 the moulded shaped marble top above a conforming gadrooned frieze centred by a shell, supported by S shaped legs with foliated gilt motifs joined by a female mask topped by stylised foliated shell, on a simulated rockwork base on moulded marble plinth

To request a condition report for this lot, please contact Oana.Barbu@sothebys.com.

This elegant console table is a rare example of a highly distinctive regional production associated with Provence. Inspired by its counterparts in carved wood, wrought iron consoles d’apparat emerged as ambitious creations by artisans belonging to the guild of the serruriers-ferroniers, who were more used to producing work to complement architectural schemes. Drawing from the language of architecture, and sourcing from ornamentistes such as Gabriel Huquier (1695–1772), they have managed to interpret the rococo vocabulary through this strong, sometimes cold, but characterful material resulting in what was once described a “stylisation du style” (Connaissance des Arts, 1957).

When polished, painted, gilt, silvered or applied with repoussé tole, wrought iron takes on new life full of warmth and richness which rivaled its nobler cousin bronze and provided a durability that wood could not offer. This material, when used in furniture, therefore became a sophisticated and rare component of luxurious French interiors from the early Louis XV period onwards. This strength of the iron led to a preference for consoles fixed to the wall, playing with the contrast of the weight of the marble and the lightness of the open design, a feature that carved giltwood always struggled with.

The technique was particularly successful in southern France, namely in Provence and the region around Avignon and Marseille, where hôtels particuliers were bursting with examples of the technique and the imagination from the local serruriers of the 18th century. This is seen in staircases, balconies, signs and of course in churches, from communion tables to baldachins, or in simple ornamental motifs.

Only a small number of consoles d’apparat, such as the present lot, have survived and its production can firmly be ascribed to Provence or Comtat Venaissin. Common features such as the female mask and the brèche marble employed for the top and base - quarried near Aix-en-Provence - underline the attribution. The combination of the graphic and linear feel of the work seen in architectural decoration from this region, including the distinctive stylised shell to the base with vegetal ornamentation and the very unusual gadrooned frieze, original gilding and dark red painted surface, result in an idiosyncratic and charming console, free from the constraints of the strictly conceived Parisian ornamentation.

A similar example to the present lot, possibly its pair, was formerly with Galerie Perrin, Paris (illustrated in Renner, p.64).