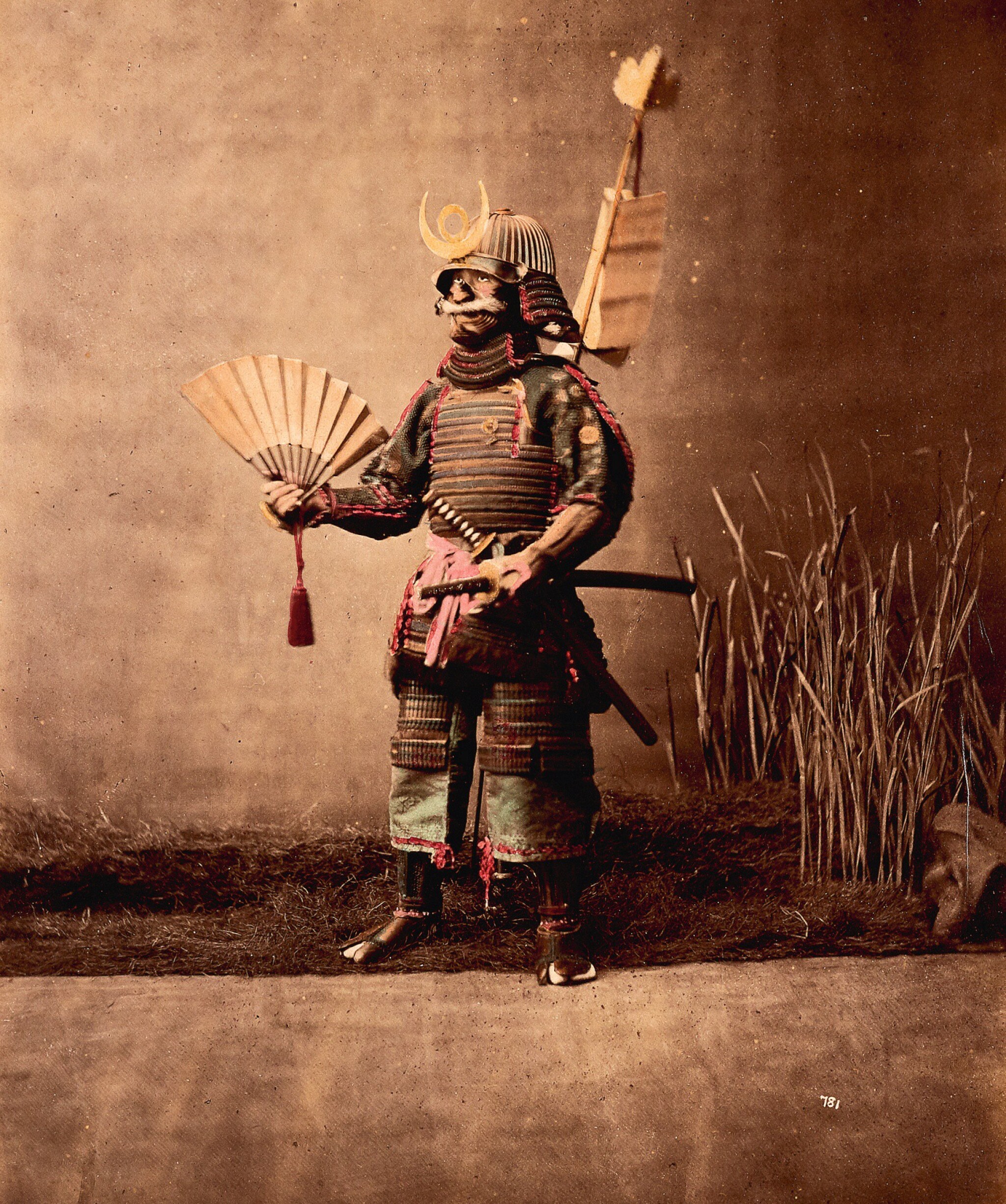 Views and costumes of Japan. Yokohama: Stillfried and Andersen, [c.1880]

A GOOD ALBUM OF VIEWS AND HAND-COLOURED COSTUME PORTRAITS, compiled by Fernand Arthur Souhart (1854-1937), French minister of Foreign Affairs, and president of the French-Japanese Society (see provenance). Stillfried & Andersen's studio, also known as the Japan Photographic Association, was founded by Baron Raimund von Stillfried and Hermann Andersen and operated in Yokohama between 1876 and 1885; it also produced prints from Felice Beato's negatives. The title photograph includes images of medals awarded at the 1876 Centennial Exhibition at Philadelphia and the 1877 Vienna Exposition.

Fernand Arthur Souhart (1854-1937), French minister of Foreign Affairs, whose postings included Yokohama (Japan), Tehran (Persia) and Beijing (China); Souhart was also president of the French-Japanese Society. A pencil inscription notes that this album was given to Souhart's daughter Odette in May 1889