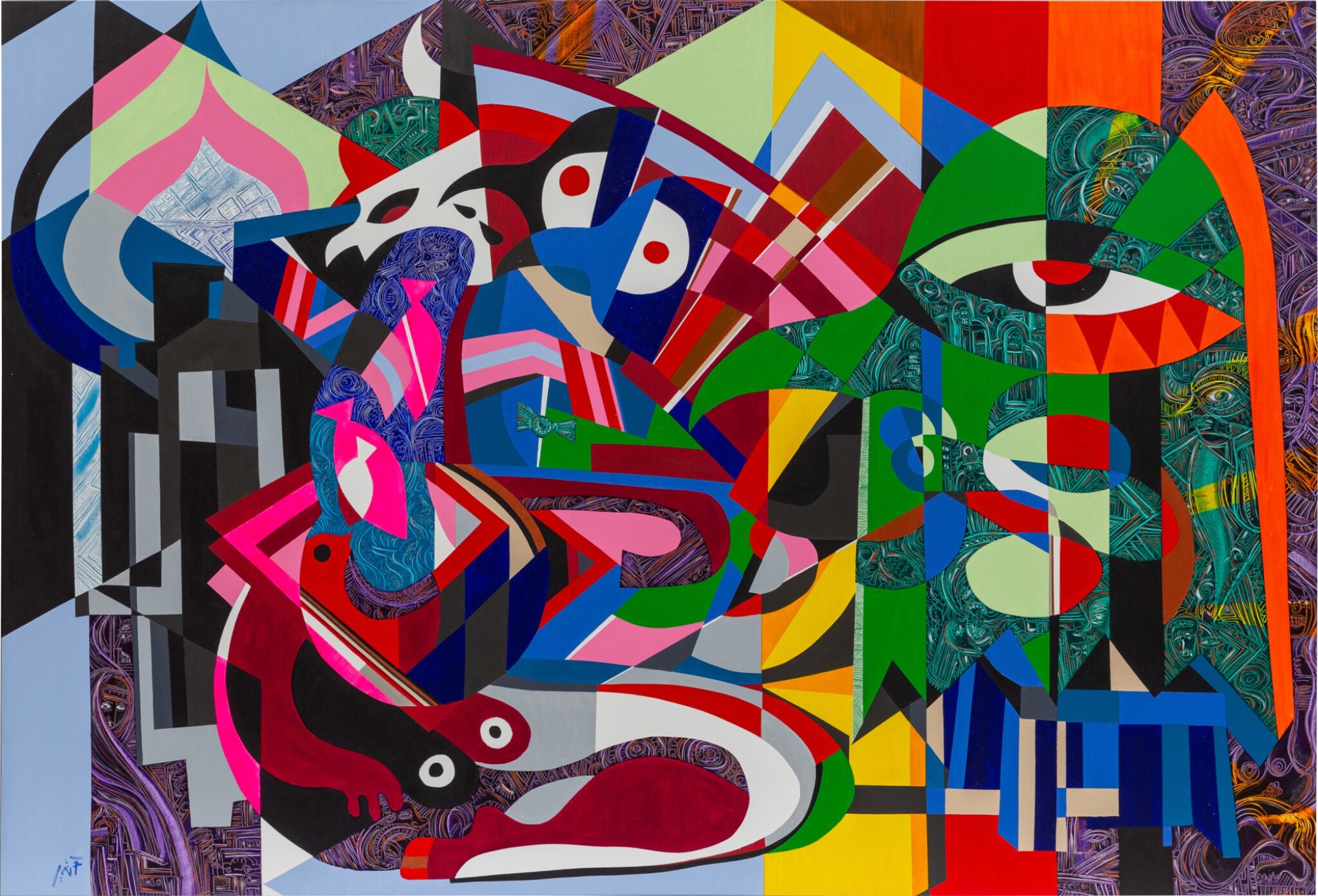 Private Collection, Dubai (acquired directly from the above)

His work has centred on posing unanswerable questions against undefined answers. Placing high emphasis on three dimensional elements in his work, the artist depicts his homeland, Iraq, his diasporic relationship to his foreign homeland, as well as the concept of nostalgic referencing in how we idolise and remember our past, present, and future.

Separate to his artistic practice, Athier has worked extensively as an educator in the United Kingdom and abroad. For three consecutive years, beginning in 2007, Athier worked as a British Museum Arab Artist in Residence, working in schools throughout the UK. In 2011, he was selected to serve as the Chasing Mirrors Artist in Residence at the National Portrait Gallery, leading workshops in community centres across London. Athier has also worked in a number of refugee camps as a workshop leader in Lebanon, Turkey, and Jordan, and in 2014 was invited by the Palestinian Museum as a Visiting Artist to conduct workshops with children in the West Bank. In 2015, he was selected to work at the artist-run interdisciplinary space Beirut Art Residency.

Athier lives and works between Paris, London, and Istanbul.