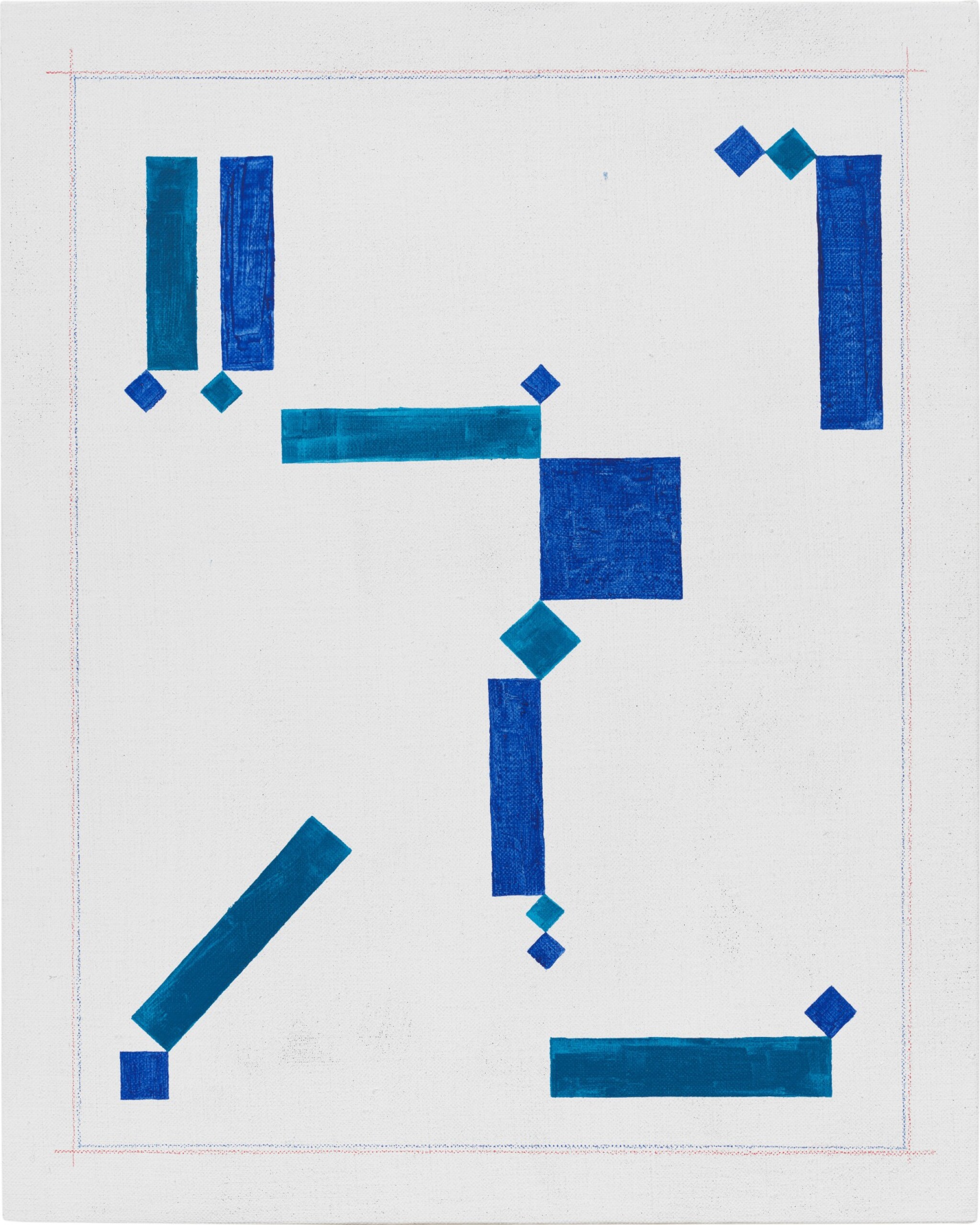 Kamrooz Aram’s work is rooted in the history and practice of painting, which he expands to include collage, photography, sculptural works and exhibition design. His work engages the complicated relationship between Modernism and ornament, often with reference to non-western ornamental art, which he sees as a parallel to painting. Aram’s work sets out to renegotiate the art historical hierarchy that places these ornamental artforms in a category of value beneath fine art.

Aram’s paintings explore the ornamental potential in abstraction, while challenging the notion of ornament as superfluous form. His sculptural works evoke the display strategies of museums, especially those which house so called decorative arts. His recent exhibitions often function as works in their own right. Combining painting, sculpture, collage and exhibition design, he creates an interdependence between object and display, in an effort to reveal the significance of design and architecture in affecting the interpretation of art objects.

Ornamental Composition, is part of a series that are perhaps most concisely engage the idea of exposing the ornamental potential in abstract painting as well as the potential for ornament to transcend the decorative and engage a deeper meaning beyond its own form. The title Ornamental Composition makes reference to Suprematist works by artists like Malevich and El Lissitzky, who often used dry and direct titles like Suprematist Composition. The Ornamental Compositions can be seen as a fusion of the geometric language of Suprematism and de Stijl with the ornamental language of traditional non-western art forms such as calligraphy and ceramic painting. These paintings are made with lapis lazuli and cobalt, pigments which were commonly used in traditional so-called decorative arts (as well as in European painting traditions). The forms exist in horizontal, vertical and diagonal directions, much like Arabic calligraphy. At times a square turned on its side resembles the nokta in Arabic script.

These compositions are completely improvised and unplanned; the geometric shapes are painted free-hand with no rulers, or tape. Only a border is drawn with pencil. The border itself is at once an ornamental and functional form, as well as an expressive one that inevitably becomes part of the composition.