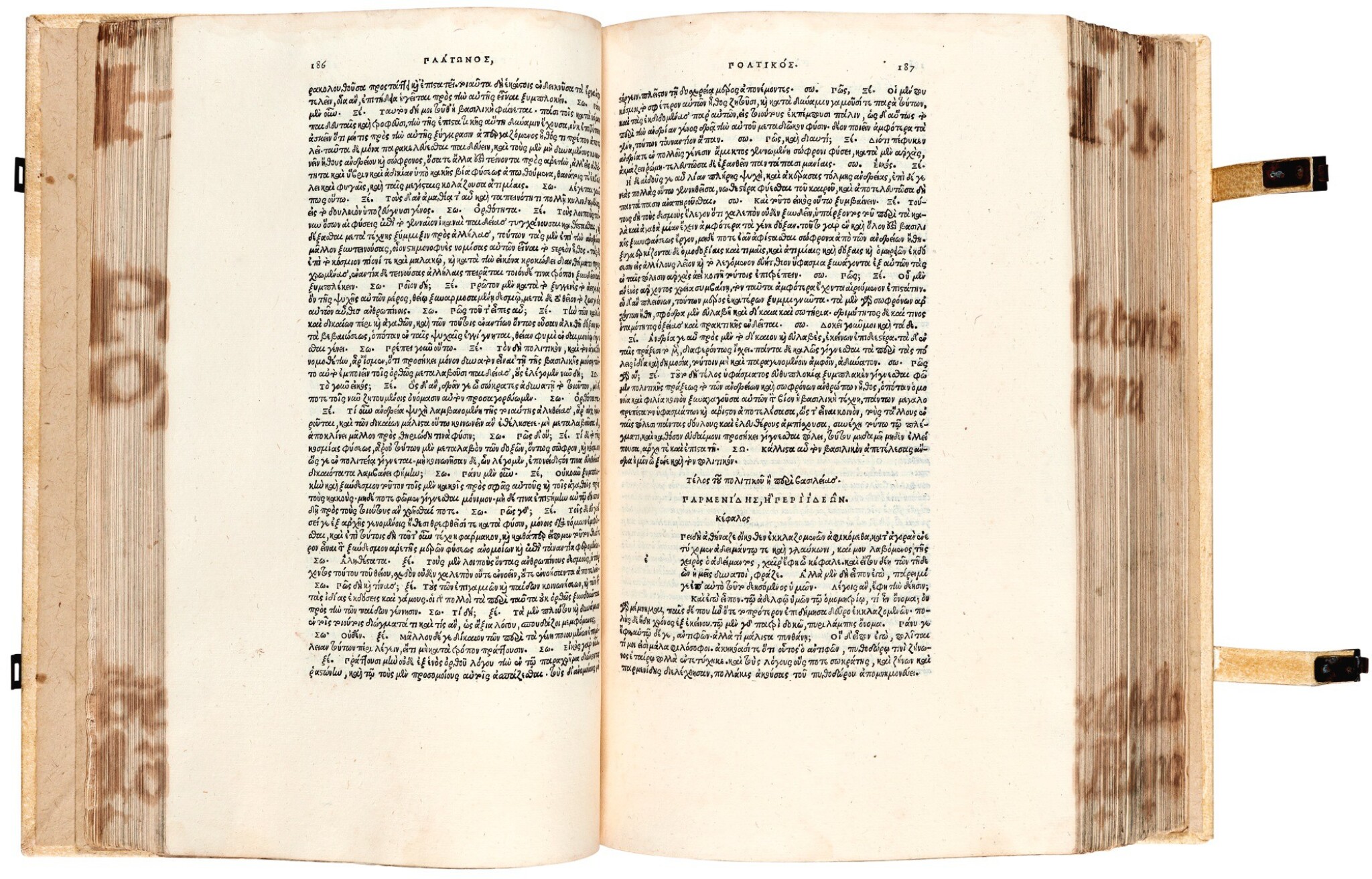 A TALL COPY OF THE EDITIO PRINCEPS. The text was prepared by Aldus and Marcus Musurus; the first addressed his preface to the new pope Leo X, making a "supplicatio" for a new Christian Republic and for literature, and the latter composed a verse Hymn to Plato (in Greek). Between the two prefaces is a list in Latin of the treatises include in this volume.

This edition of Plato was just one of many Greek editiones principes printed by Aldus, though it can also be viewed in contrast to his Aristotle (printed by Aldus in 1495-1498); Aristotle was beloved of scholastic philosophers, and Plato was traditionally seen as an enemy to Christianity. However, the revival of Platonic study during the Renaissance attempted to align Plato with Christian ideals, particularly visible in the works of Marsilio Ficino, who had produced the first printed translation of Plato in 1484.

Several other books owned by Nobili are recorded: Richard Heber had a copy of the Aldine Plutarch with Nobili's armorial (his sale, 1835, lot 3057), the public library in Montepulciano owns his 1550 Aristotle, and there are several manuscripts of classical texts in the Laurentian Library in Florence that were also owned by him. The Laurentian catalogue of manuscripts opines that he may have been cameriere secreto to Gregory XIII.