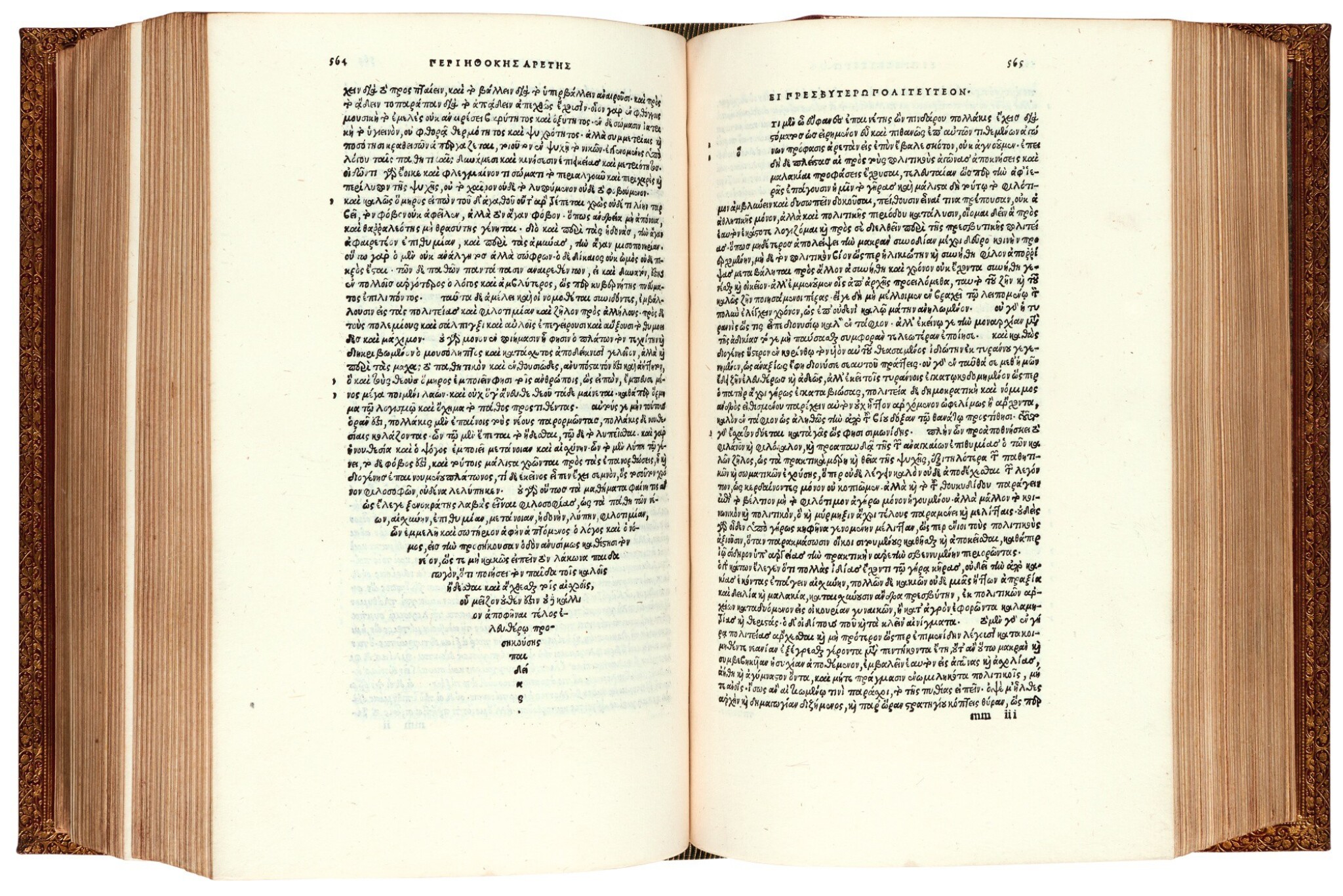 Opuscula LXXXXII. (Venice: in the house of Aldus and Andrea Torresani, March 1509)

A CRISP COPY OF THE EDITIO PRINCEPS; THE BOTFIELD COPY. The manuscript source was a thirteenth-century compilation supplemented by readings from another manuscript, and this was considered a good critical edition of the text. The text was mainly prepared by Demetrios Doukas, with assistance from both Erasmus and Girolamo Aleandro. Erasmus subsequently translated the text into Latin for Badius Ascensius. Plutarch's essays were generally known about individually, such as On the education of children which had been translated into Latin early in the fifteenth century, until the publication of this monumental volume.

Plutarch's essays and speeches on moral philosophy are less well known today than his Parallel Lives but they formed around half of his writings; they were of considerable influence on later writers such as Montaigne and Pope. The Aldine Press subsequently printed the Parallel Lives in 1519.