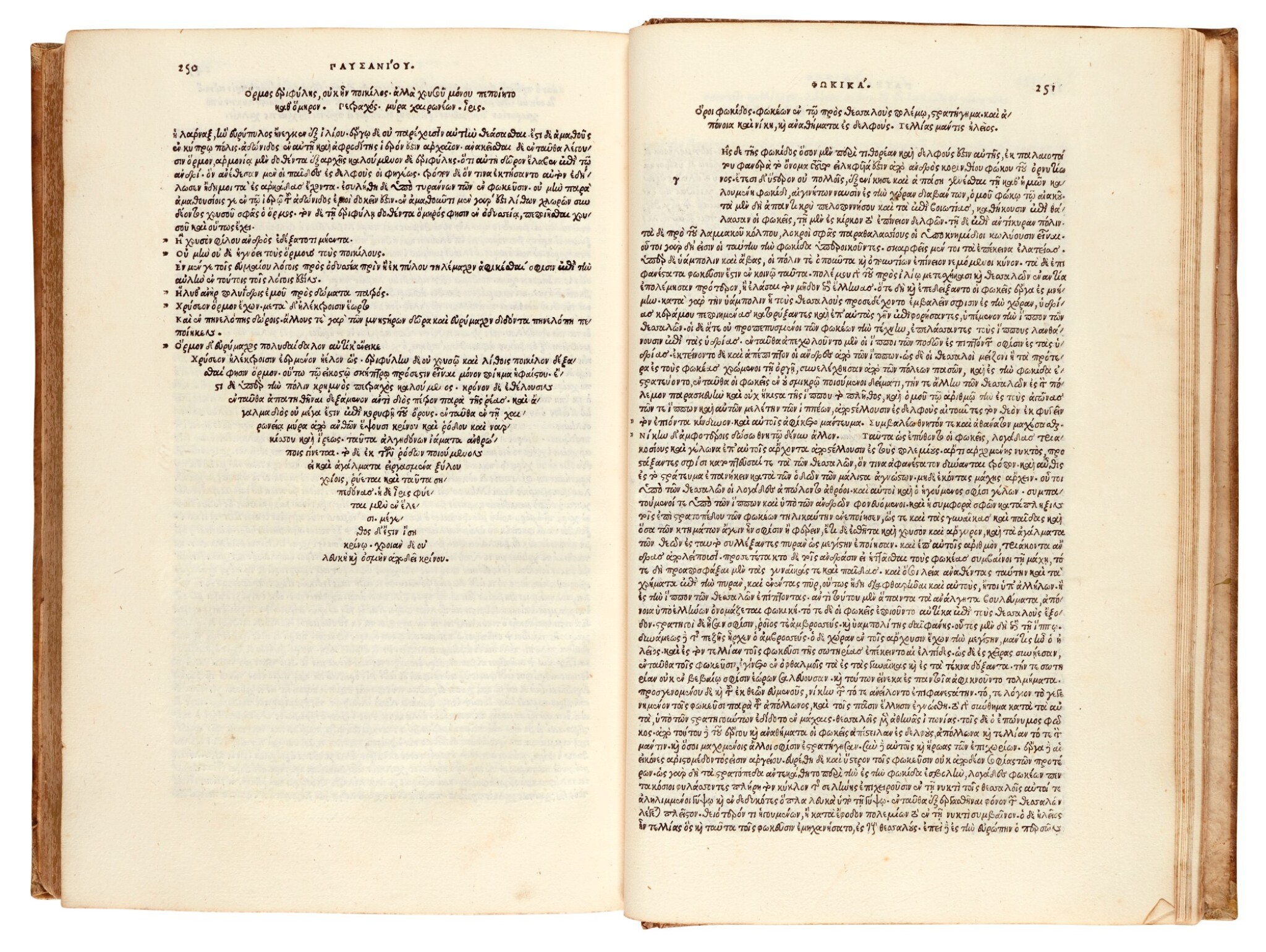 [Περιηγησις]. (Venice: in the house of Aldus, and Andrea Torresani, July 1516)

EDITIO PRINCEPS, edited by Marcus Musurus. Pausanias wrote his narrative based on his travels around mainland Greece during the reign of Marcus Aurelius, though the first mention of it by another author is in the sixth century, when Stephanus Byzantinus (who also provided the author's name and the standard title Description of Greece) mentions it in his quest for the names of Greek cities. Nothing is known of Pausanias himself, if indeed that is his genuine name, beyond what can be gleaned from the text.

Pausanias wrote of the Greek heartland, where Greek culture originated before its spread across the Mediterranean. The detail included in the narrative reveals the art, architecture, monuments and inscriptions visible in Pausanias' time, much of which is now lost and not recorded elsewhere (for example by Pliny) though some of it appears in the archaeological record. He quotes passages from Herodotus about ethnographical details, such as religious ceremonies and local traditions.