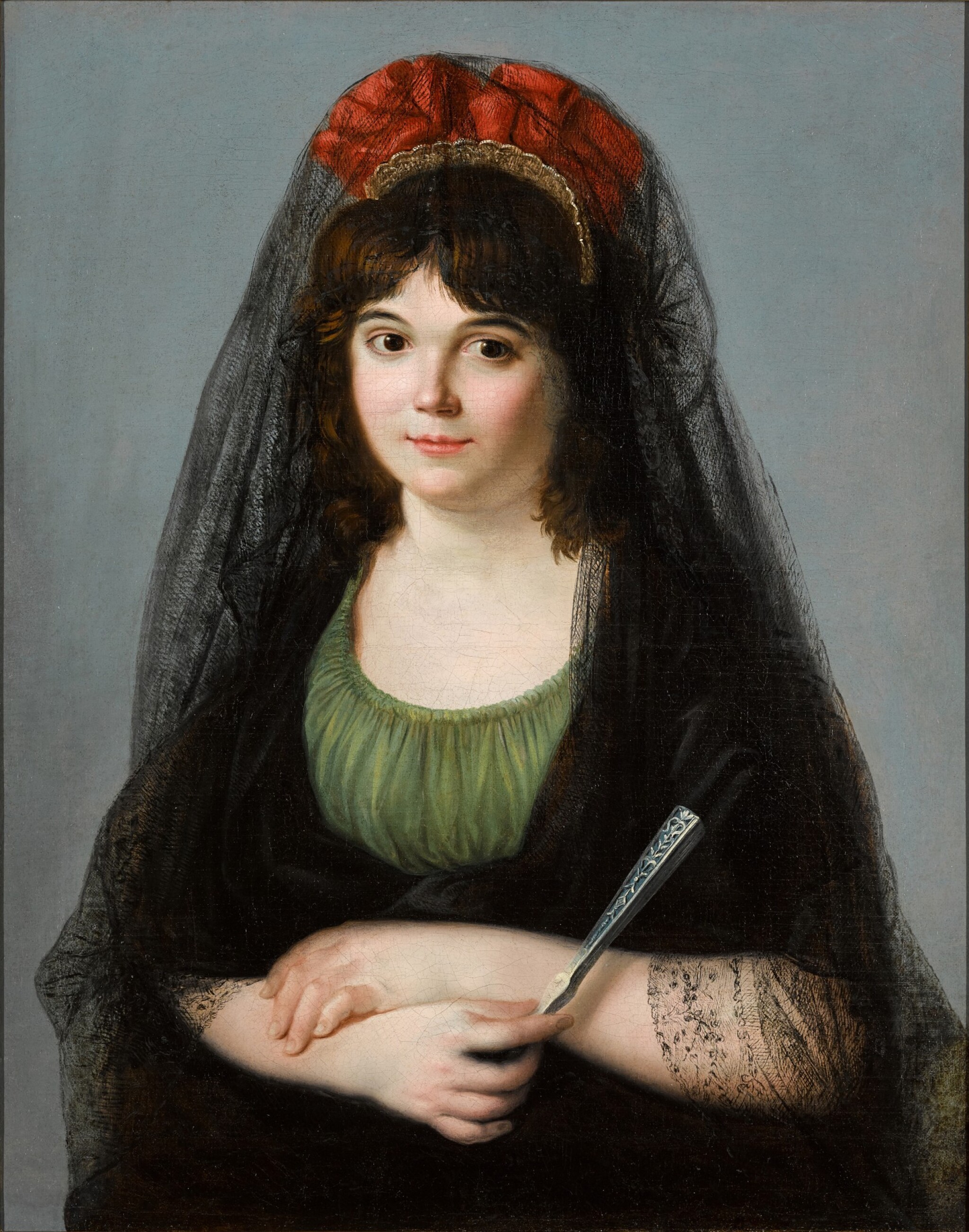 PORTRAIT OF A YOUNG WOMAN, HALF-LENGTH, HOLDING A FAN

Overall the painting appears to be in good condition with no extant damage or loss of paint and is ready to hang. Examination under ultraviolet light reveals scattered minor retouching throughout, particularly down the right-hand edge of the painting and to cracquelure along the central stretcher bar, running through the middle of the painting, as well as the inner edge of the lower stretcher bar. There are large areas of strengthening to the shadows around the hands, in the lower section of the painting; as well as a notable area on the centre left edge; and to an old scratch in the hair. Otherwise the retouching consists of minor flecks scattered throughout. There is also the remnants of an old and discoloured varnish in the lower half of the painting. However there is no need for further restoration or conservation.

Dominguez collection (according to a label on the frame);

By whom gifted as a wedding present to his daughter The Hon. Dorothy Burns (1903–85);

With Ana Chiclana, 2017 (when exhibited at Paris Tableau Brussels).

"This beautiful portrait is a celebration of Spanish culture, painted at a time when it was under threat from France through the widespread importation of French fashion, art and customs. The sitter proudly wears the national dress which was widely worn from common girls to the Duchess of Alba."

Zacarías González Velázquez was chamber painter and member of the Real Academia de Bellas Artes de San Fernando in Madrid, where he became director of painting and general manager. He began his training in the studio of Mariano Salvador Maella and at the Academia de Bellas Artes – directed by his father, the painter Antonio González Velázquez – where he won prizes in 1778 and 1781. The present young woman is wearing the most typical Spanish costume, consisting of a basquiña skirt and a shawl, garments that together with a fan and cap were sine qua non items in the dowry of any Spanish woman, regardless of social status. This style of dress, highly praised by foreign travellers, was far removed from the international dictates of fashion issuing from France. These clothes, whose origin lay with the humbler classes in Madrid, were used as casual dress for wearing on a stroll or simply going out on errands.