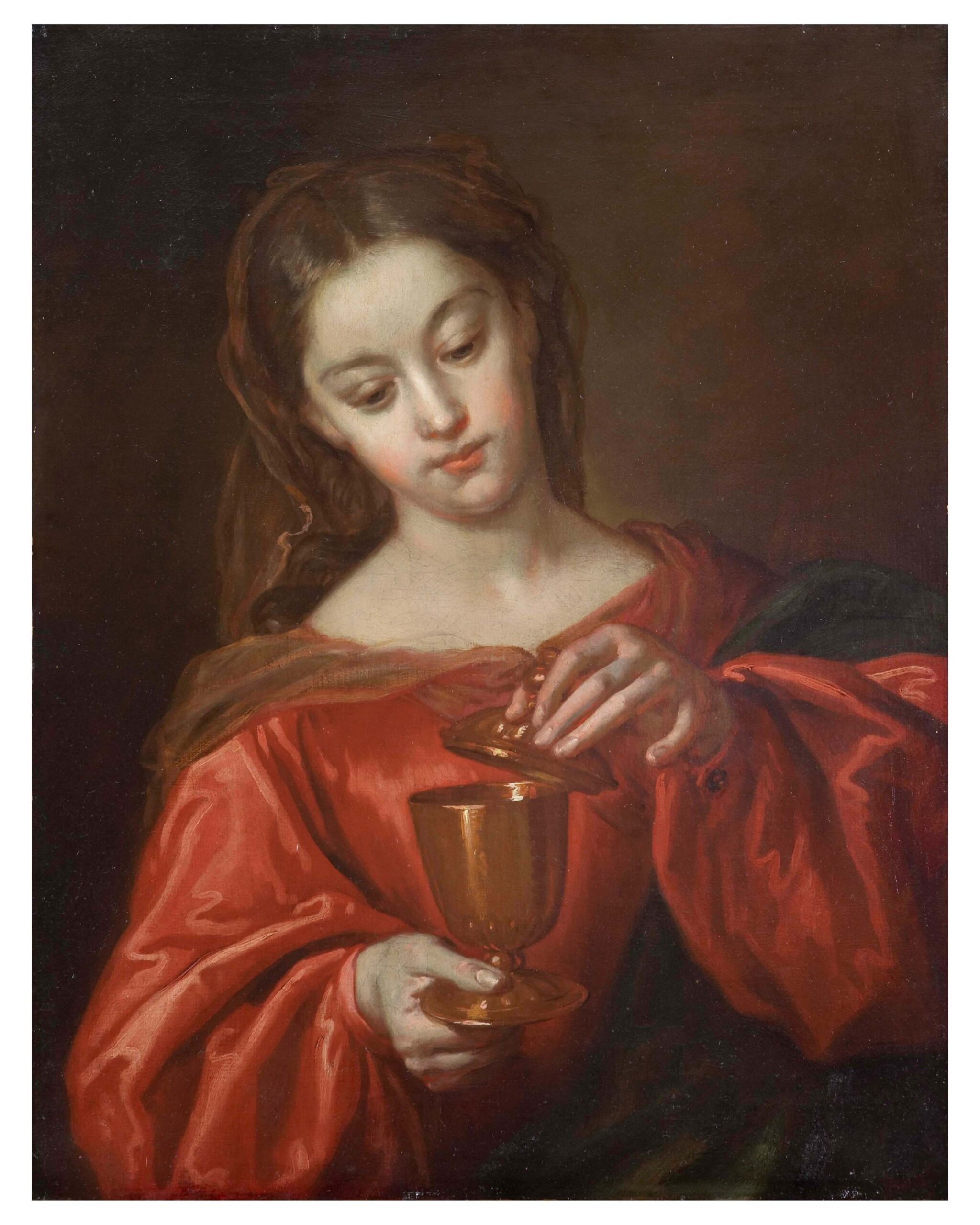 The painting appears to be in very good condition overall, with no extant damages for loss of paint. The canvas has been relined, however the impasto is still strong in the highlights. Examination under ultraviolet light reveals scattered minor retouching; predominantly strengthening in the hair and in the drapery of the right shoulder; the outlines of the hands; and along the right edge of the cup. There is also a 2" x 2.5" square of retouching in the bottom right corner and the remnants of an old discoloured varnish in places. Overall the painting is remarkably well preserved for its age and there is no need for further restoration or conservation.

"Executed with great freedom and confident brushwork, this beautiful youthful Magdalene by Cabezalero appears to be based on a real model in the tradition of the divine portrait or ‘Retrato a lo divino’, thereby heightening its sense of the real to contemporary viewers. The artist has taken a highly original approach to the subject, depicting the figure in the act of lifting the lid of the jar of ointment that she used to anoint Christ."

Few works by Cabezalero survive, and relatively little is known about his early life. The contemporary Spanish biographer Antonio Palomino tells us that he was a native of Almadén on the border of the province of Córdoba and that he moved to Madrid to study under Juan Carreño de Miranda, in whose house he was still living by 1666. In keeping with many of the Madrileñan painters of the mid-17th century, Cabezalero’s paintings display a strong debt to the work of Van Dyck, and also to the great Diego Velázquez, in whose shadow Cabezalero and his contemporaries worked. For this Magdalene, the artist uses the same female model as the Blessed Virgin and female saints in the Imposition of the Chasuble on St Ildefonso (fig. 1), with an elongated face, straight nose and small mouth, hands with stylised fingers, and geometrical folds on the cloak with an iridescent shine; another distinctive feature is the absence of a halo on the saint.