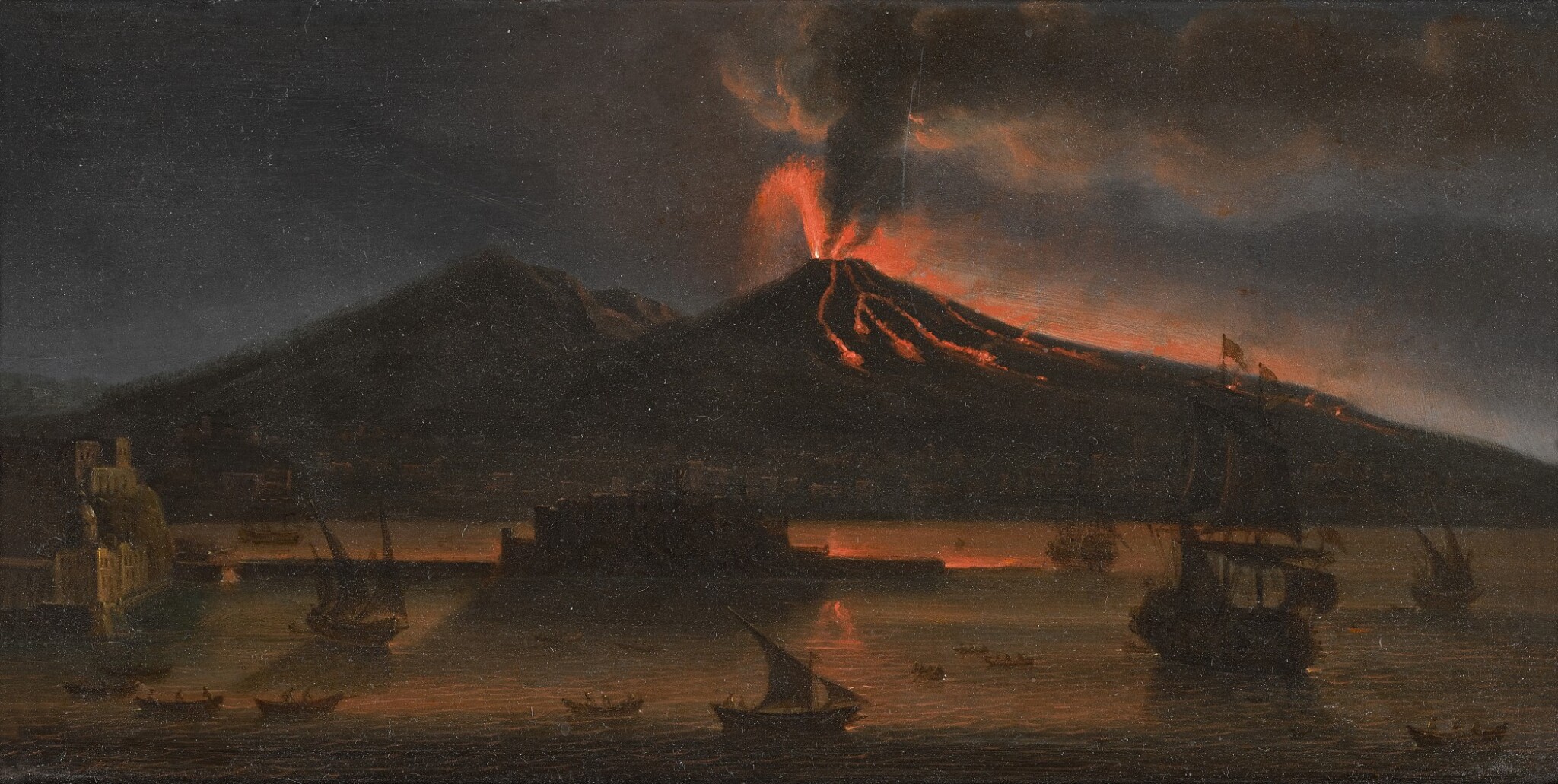 VESUVIUS ERUPTING AT NIGHT , MAY 1737

The copper plate is flat with the only slight evenness in the top extreme left corner. In general the paint surface is well-preserved with little damage or restoration. There is a small restored damage in the extreme upper left corner. There are a few further scattered small re-touchings elsewhere, the most significant of which is on the building just below centre left (0.5 x 0.5 cm). The varnish layer is slightly opaque in places.

"Who isn’t fascinated by the sight of Europe’s most iconic volcano erupting to illuminate the night sky? – especially when you’re among onlookers separated at a safe distance by the water of the Bay of Naples!"

Artists from all over Europe flocked to paint Vesuvius' eruptions, which were particularly frequent during the middle decades of the eighteenth century. Ruiz specialised in painting small coppers, and presumably enjoyed a steady stream of clients looking for a souvenir of their Grand Tour.

A signed version of the composition is in the Palacio Reale di Riofrio. A replica of that, on canvas, 38 x 77 cm, is in a Neapolitan private collection (exhibited Naples, Castel Sant'Elmo, All'ombra del Vesuvio, 1990, p. 421, reproduced in colour p. 285). Those have similar arrangements of boats, but there are many variations, notably that the large ship on the right is seen here from the row rather than the stern, and the yacht in the foreground is here more central.