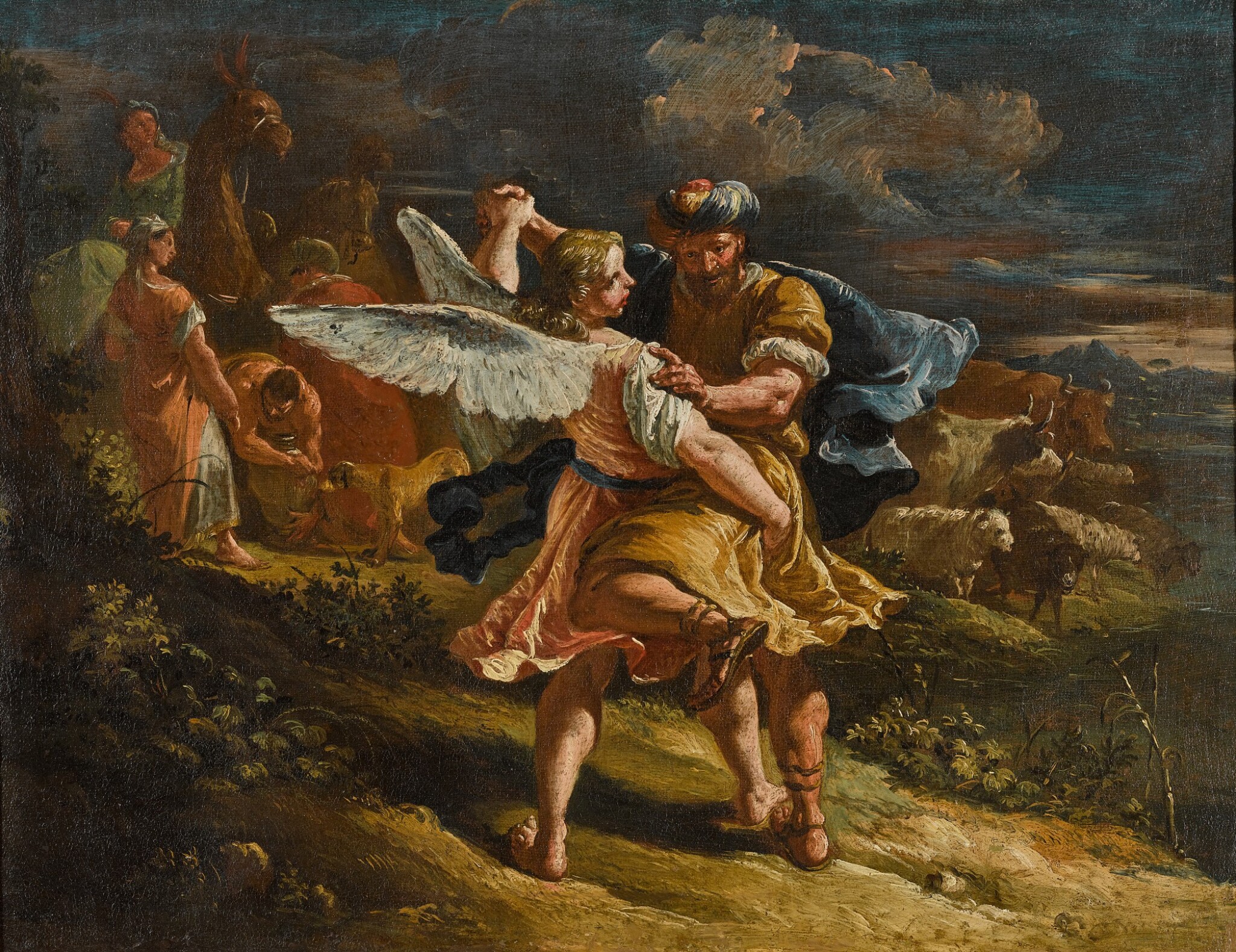 JACOB WRESTLING WITH THE ANGEL

The canvas is lined, the paint surface is clean and the varnish is clear and even. Much of the thickly painted brushwork is well-preserved but the distinctive weave of the canvas is also visible throughout much of the paint surface. Inspection under ultraviolet light reveals small, scattered retouchings around all four margins, largely to disguise the appearance of an old stretcher mark, and some small, scattered retouchings in Jacob's blue cloak. There is a concentrated area of restoration to the left of centre above the dog and through the angel's wing which measures at its widest 13 x 6 cm. In overall good condition and ready to hang in its current state.

"The first thing that strikes me about this painting is the energy of the brushwork, from the angel’s wings and Jacob’s billowing drapery, to the blustery clouds – I think it really conveys a sense of drama and otherworldliness."

Fontebasso was one of the most prolific and successful followers of Sebastiano Ricci, with whom he had his earliest training, and of Giambattista Tiepolo. The influence that these artists had on Fontebasso is evident in the present painting's colouring and sense of movement. While Fontebasso is best known today for his easel paintings, during his lifetime he was a renowned fresco painter, and received many important commissions both from within Italy and abroad. Indeed, from 1761–62, he worked in Saint Petersburg for Catherine II, Empress of Russia. Before he left for Saint Petersburg, in 1755, he became a founder-member of the Accademia Veneziana, of which he was appointed president in 1768.