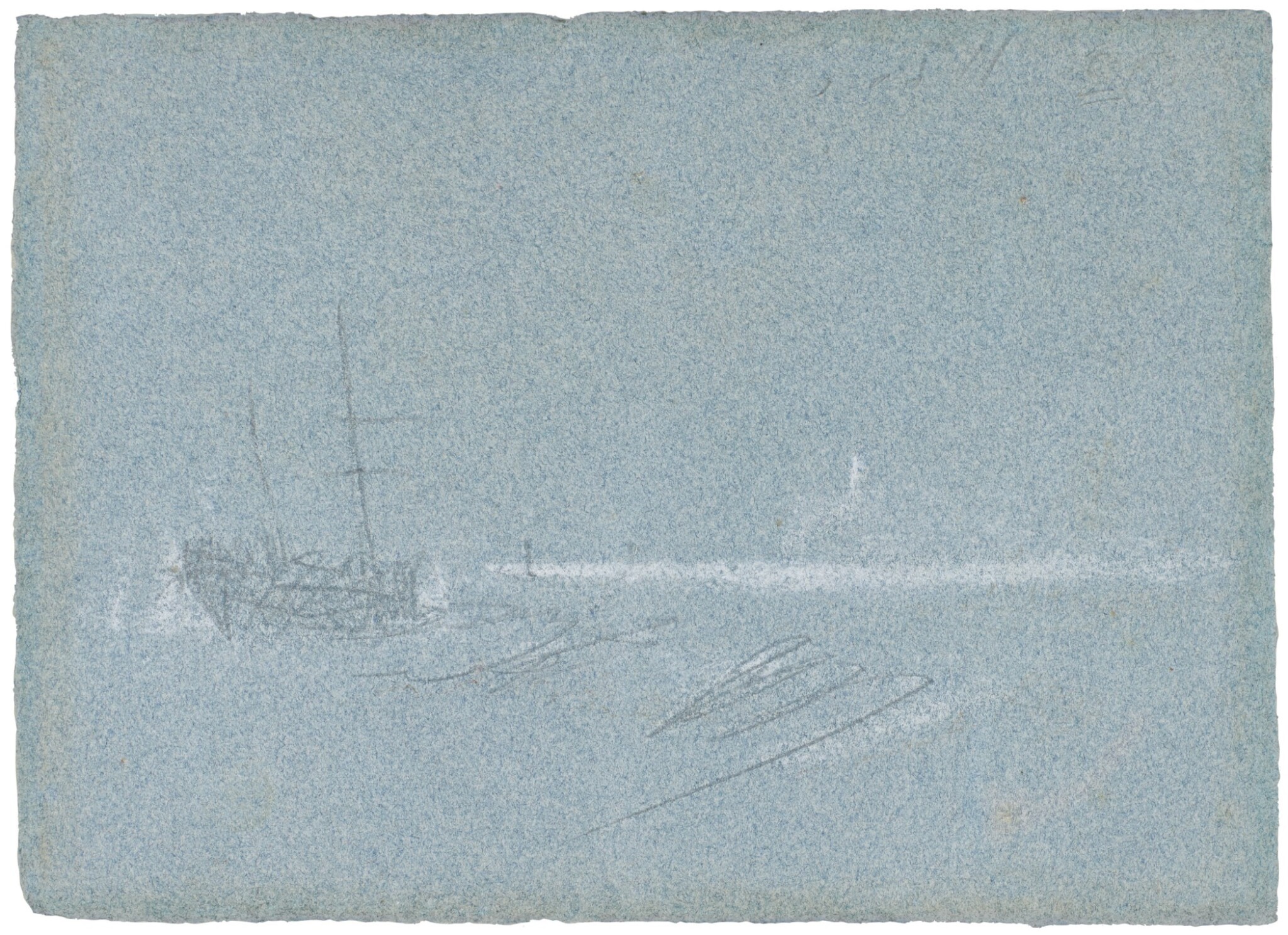 The blue paper has very largely retained its original colour. There is a suggestion of very minor browning (possibly from an old mount) along the left and lower edges (this can hardly be seen with the naked eye). There is a soft virtcule crease running through the centre of the sheet - this can only be seen in raking light. The medium (pencil and white chalk) is very well preserved.

The sheet has not been laid down.

"This work sees Turner returning to one of his favourite themes: coastal life. Turner not only records the elegant lines of the beached fishing boat, but most intriguingly - with only flicks of white chalk - he captures the sparking sunlight that dances in the surf and picks out the landscape and lighthouse beyond. With its economy and its nod towards the abstract, this sheet reminds me of another work by Turner: Study of a castle by a lake (159 by 234 mm.) that Sotheby's sold for £302,500 (estimate: £50,000-70,000), in the iconic sale: From Goya to Picasso, Works from the Private Collection of Jan Krugier, 6 February 2014, lot 141."

The subject matter of this free impressionist sketch by Turner has only recently been identified. It shows Turner looking northwest across Kingsgate Bay towards Kingsgate Castle in the far distance. The ship shown is either the Claudine or Westminster and depicts an incident which Turner witnessed at Margate on 22nd November, 1840 in which two East Indiamen were deliberately grounded on the sands to the east of Margate to prevent them losing their cargo in a storm. Their cargo was then unloaded on the shore and damage to the ships was repaired. Turner first visited Margate as an eleven year old staying with relatives of his parents. From the 1830s, he visited Margate regularly due to his romantic liaison with Sophia Booth (1798-1875), his landlady, whose house overlooked the jetty.

Sophia Booth, who owned this sketch, was more than twenty years older than Turner and it seems that he viewed her as some sort of muse. From the late 1840s, they lived together on Cheyne Walk, Chelsea, to all intents and purposes as man and wife.

We are very grateful to Ian Warrell for his help in identifying the subject of this drawing.