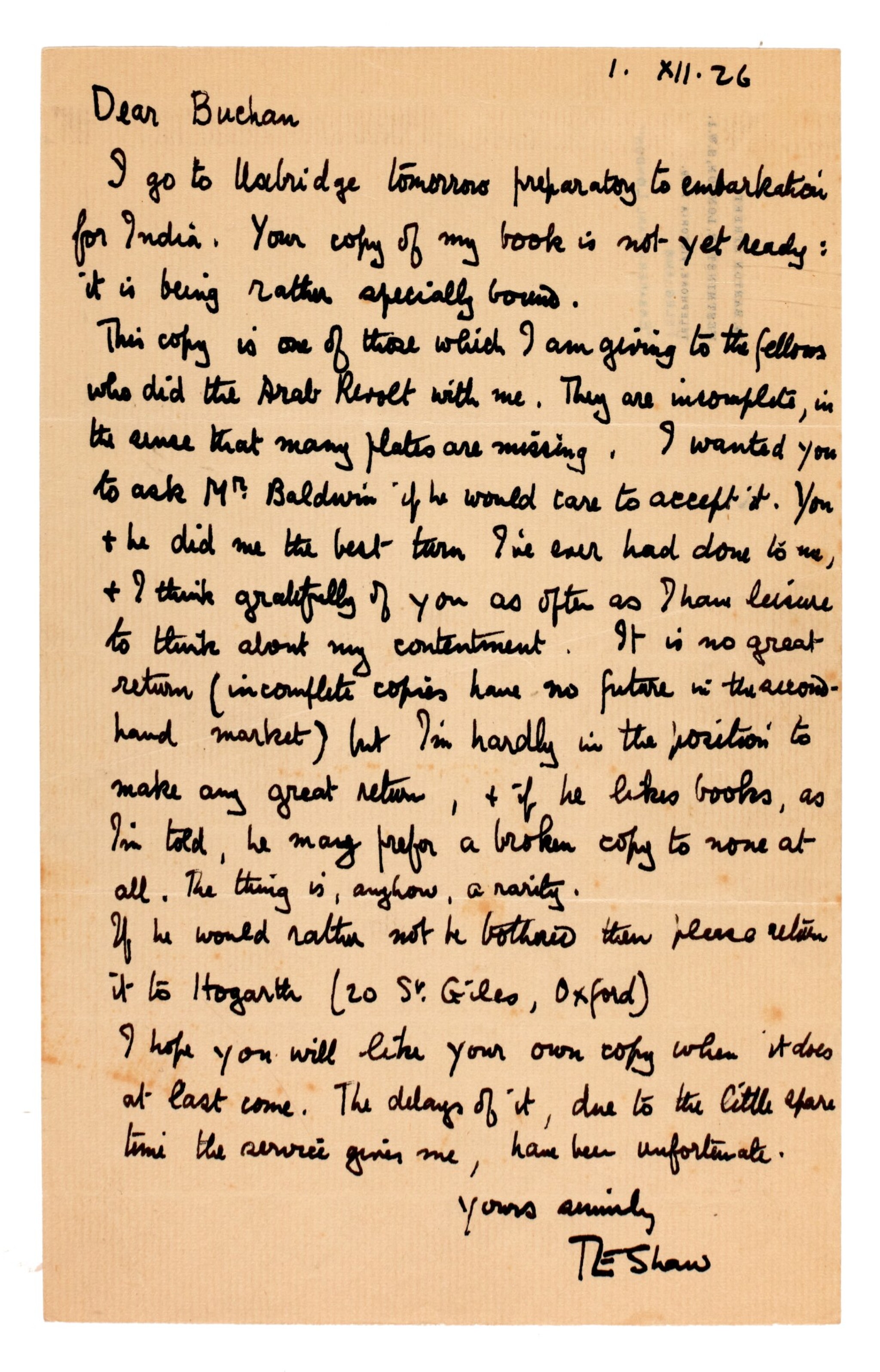 thanking the author for intervening on his behalf with prime minister, Stanley Baldwin, enabling him to return to the RAF, ("...You & he did the best turn I've ever had done to me..."), and discussing the subscriber's edition of Seven Pillars of Wisdom, explaining that "your copy of my book is not yet ready: it is being rather specially bound", and enquiring whether the prime minister would like a copy ("...I wanted you to ask Mr Baldwin if he would care to accept it..."), 1 page, 8vo, with letterhead of 14 Barton Street on verso, 1 December 1926

AN IMPORTANT LETTER REFERENCING SEVEN PILLARS AND THE RAF. Lawrence had re-enlisted in the Tank Corps in 1923, following the discovery by the press that he had joined the RAF the previous year under the name of John Hume Ross. In April 1925, during a contrived meeting in the street, Lawrence pressed Buchan on his wish to return to the RAF. Lawrence's request to return had previously been turned down by Sir Samuel Hoare, the Minister for Air. Buchan, along with Bernard Shaw, managed to influence Baldwin, and Lawrence duly transferred back to the RAF under the name TE Shaw.