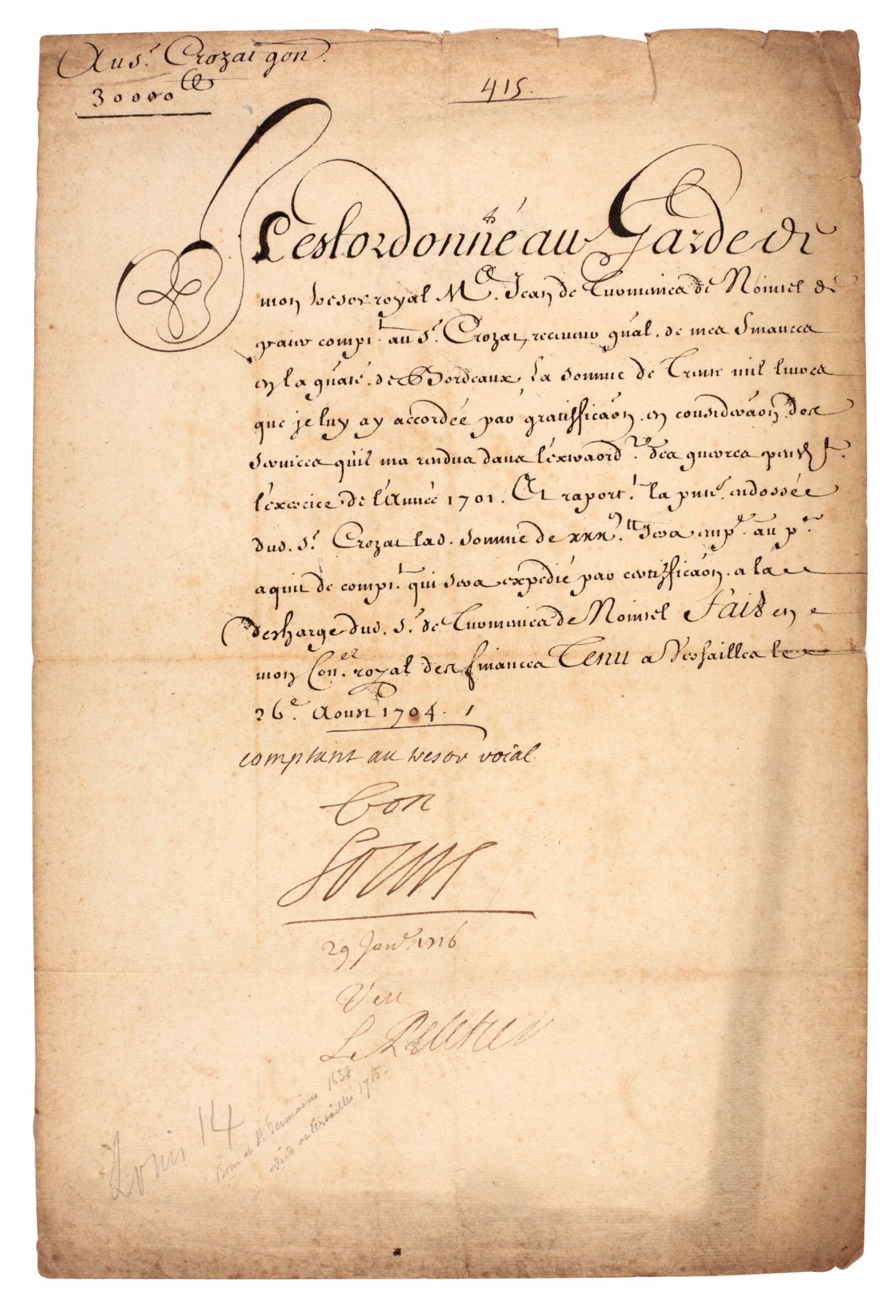 in French, ordering his treasurer Jean de Turmenies de Nointel to pay thirty thousand livres to [Antoine] Crozat, Receiver General of Finances at Bordeaux, in recognition of the services he has rendered to the king during the wars of 1701, 1 page, folio (c.37 x 24.5cm), annotated "comptant au tresor roial", countersigned ("Le Peletier"), and, on the verso, notes of receipt signed and inscribed twice ("Crozat[paraph"), Versailles, 26 August 1704

Antoine Crozat (c.1655-1738), from Toulouse, was one of the leading bankers and financiers in France. His principal service to Louis XIV was lending him money to finance the War of Spanish Succession, for which the king made him Marquis du Châtel and granted him a fifteen-year trade monopoly in the French colony of Louisiana. His brother was Pierre Crozat (1665-1740), also a financier and an important art collector, who became treasurer to the King in 1704, the year of this letter.