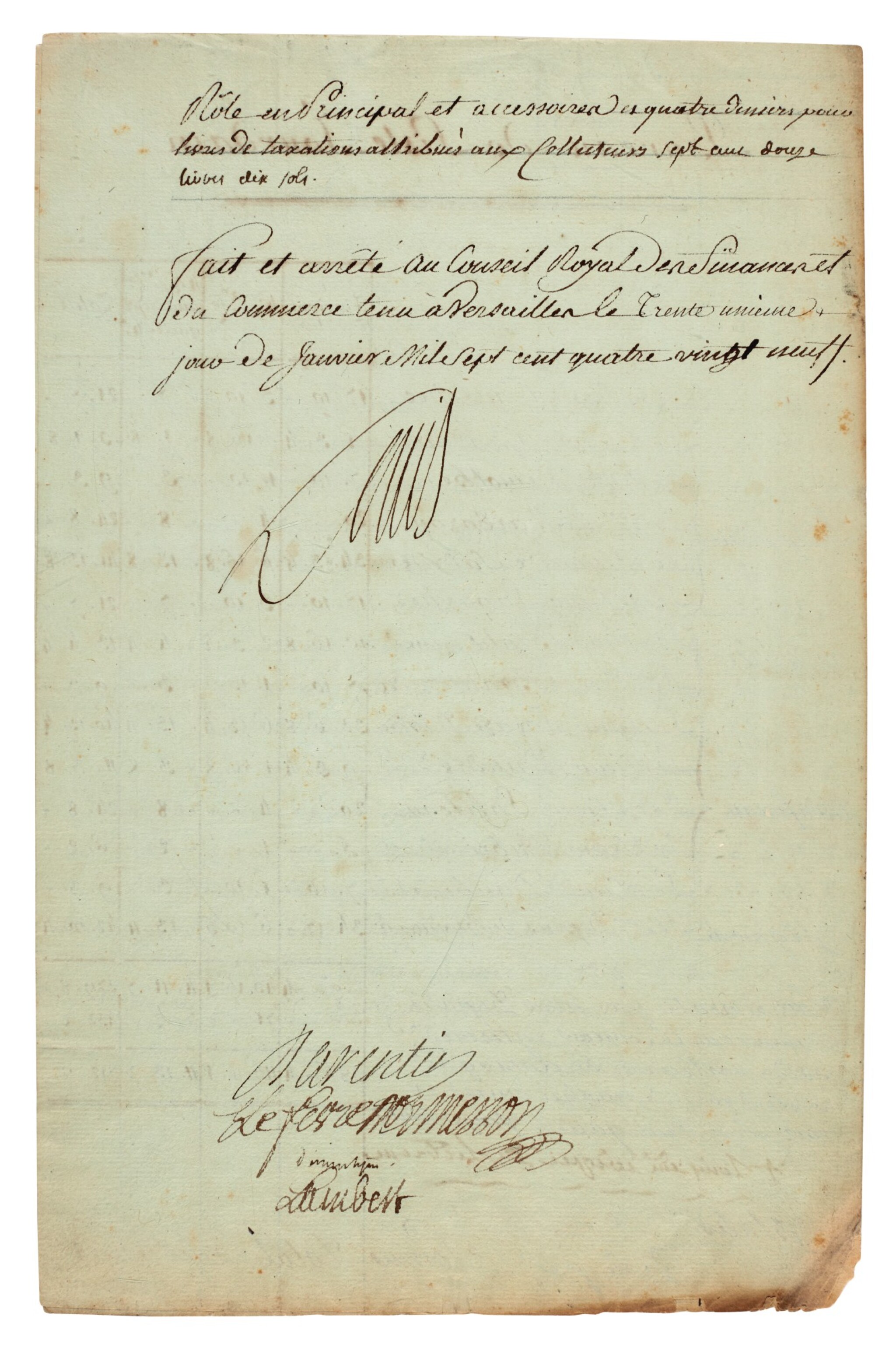 with a table, titled "Generalité D'Auch", of the names of the nobles in the area around Auch, the capital of Gers Départment in south-west France, listing in particular those in the the towns of Fleurance and Lisle (L'île) Jourdan, near Lomagne, with their tax liabilities, 4 pages, folio (c.31. x 20.5cm), four counter-signatures, Versailles, 31 January 1789

A DOCUMENT FROM THE FINAL MONTHS OF THE ANCIEN REGIME. Louis XVI's reign as an absolute monarch at Versailles effectively came to an end on 5 October 1789, when an angry mob descended on the palace, resulting in the removal of the royal family to Paris.

browning to edges, the leaves splitting at hinge