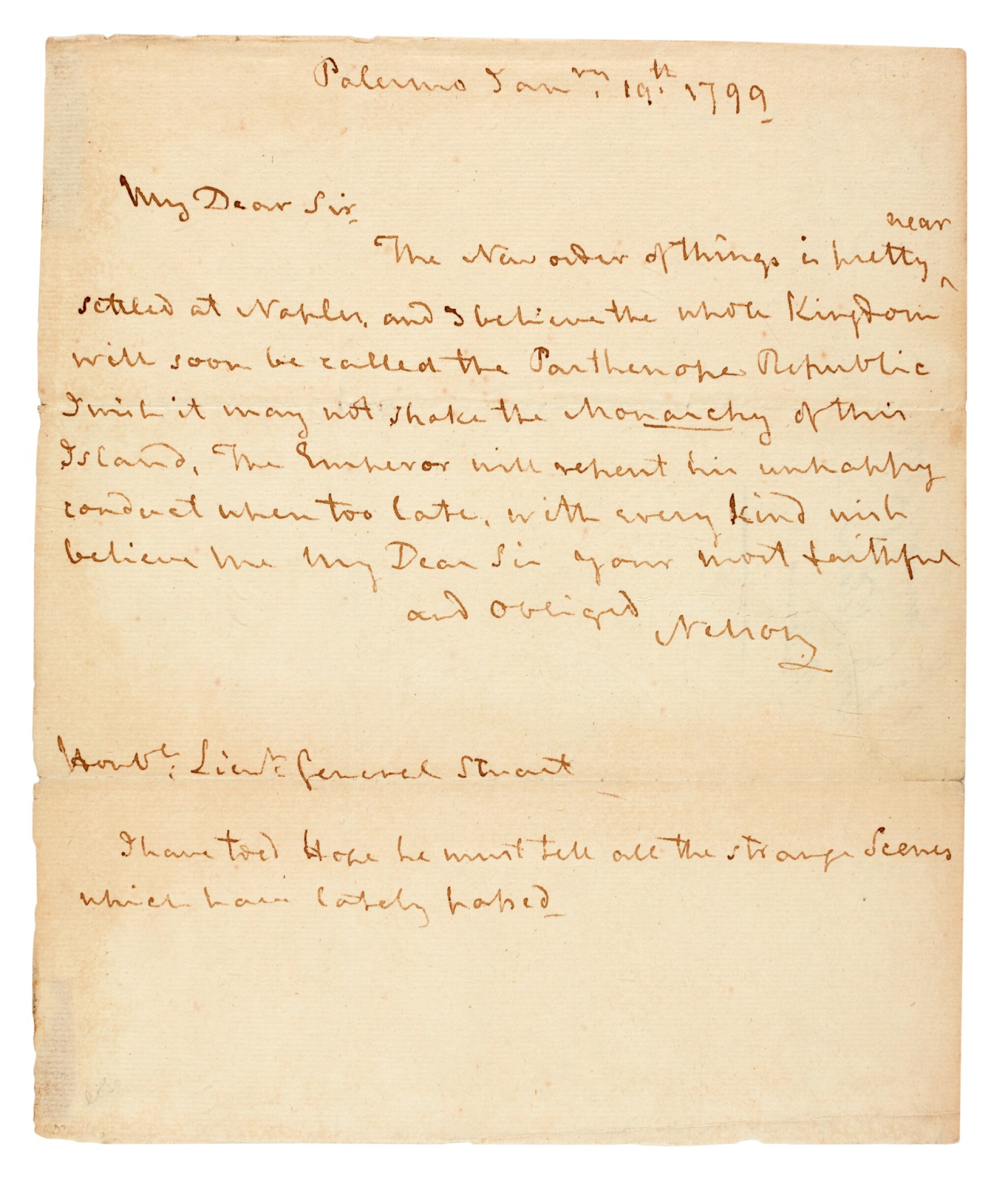 warning of the collapse of the monarchy in southern Italy ("...The New order of things is pretty near settled at Naples, and I believe the whole Kingdom will soon be called the Parthenope Republic...") but hoping that the tumults "may not shake the Monarchy of this Island [Sicily]", with a curious postscript ("I have told Hope he must tell all the strange scenes which have lately passed"), 1 page, 4to, docketed on the verso, Palermo, 19 January 1799

This apparently unpublished letter, with its insights into Nelson's views on the Italian situation, was written just a month after Nelson had evacuated the Neapolitan royal family - together with Sir William and Lady Hamilton - from Naples to Palermo. The revolutionary Parthenopean Republic was proclaimed just days after this letter was written, but Nelson himself was instrumental in organising a successful counter-revolution five months later. King Ferdinand returned in triumph to Naples and Nelson was awarded the Dukedom of Brontë (see next lot).

Nelson's correspondent here was General Sir Charles Stuart (1753-1801), an officer described by Nelson as someone who "by his abilities would make a bad army into a good one". Stuart was stationed in Minorca, which he had captured the previous November from a numerically superior enemy without losing a single man, and he provided Nelson with troops for the defence of Sicily. Hope, the officer entrusted to inform Stuart of the "strange scenes" that Nelson was evidently reluctant to put to paper, was probably Sir William Johnstone Hope (1766-1831) of HMS Kent.