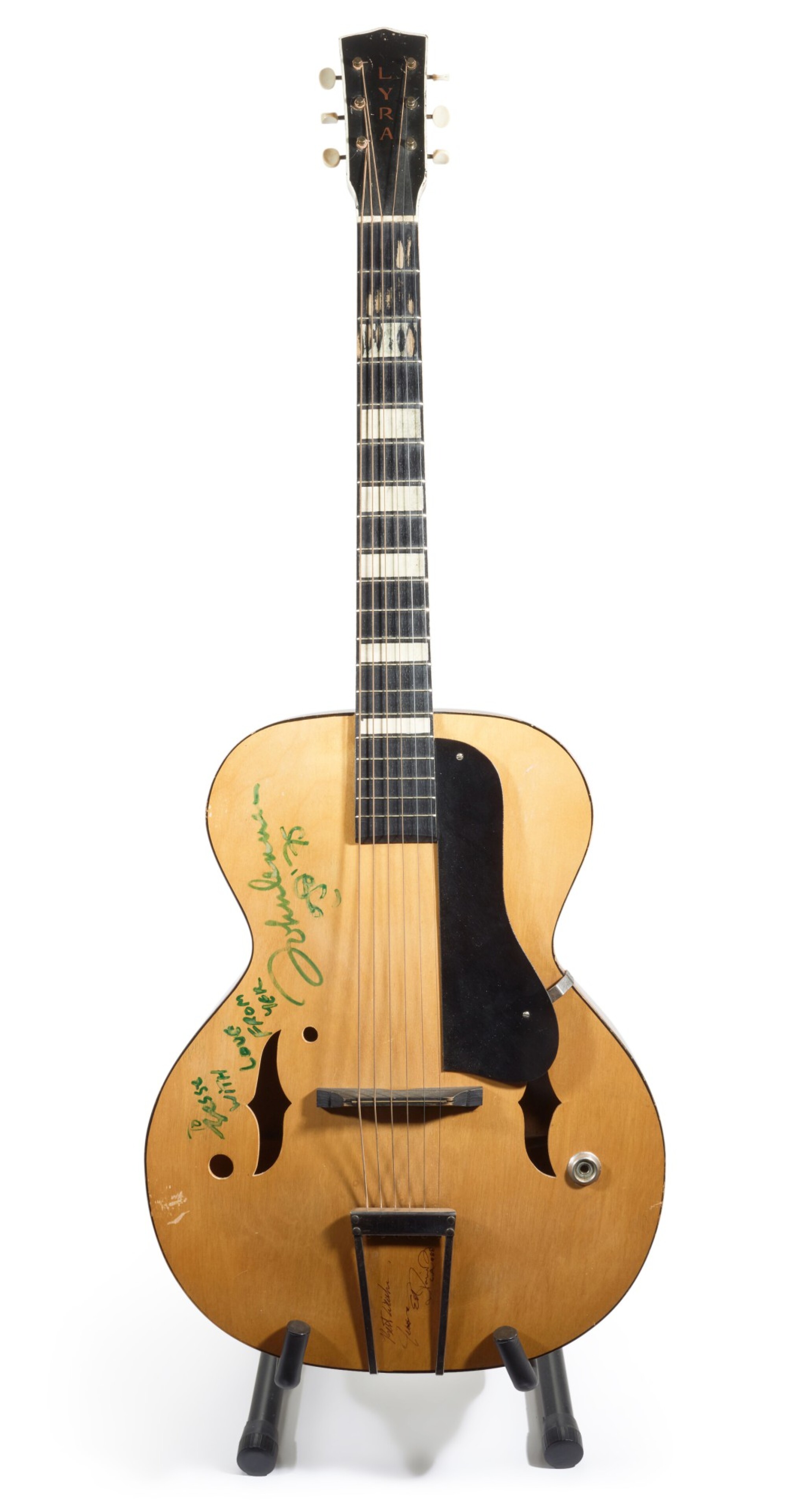 [with:] Letter of authenticity and provenance, 2000

A GUITAR INSCRIBED BY JOHN LENNON WITH A REMARKABLE HISTORY THAT SHOWS HIS 1970s COUNTER-CULTURAL CONNECTIONS IN NEW YORK. This guitar is decorated with the name of the Lower East Side, best-known as David Peel's backing band. Their album 1972, The Pope Smokes Dope, was produced by John Lennon and Yoko Ono, whilst the band also occasionally performed as part of the Plastic Ono Band. It is believed that Peel or a member of the Lower East Side gave the guitar to Lennon in August 1972 after the One to One benefit concerts at Madison Square Gardens, at which both appeared, but documentary evidence for this is lacking. It is certain, however, that in 1975 John Lennon inscribed this guitar to Jesse Ed Davis, a hugely talented Native American session guitarist. Davis was closely associated with Lennon at the time, playing lead guitar on two of Lennon’s albums in the mid-70s (Walls and Bridges and Rock ‘n’ Roll). The guitar was later inscribed on the body by Jesse Ed Davis when he came to sell it.

Wear to the fret board, scuff marks all over, case worn.