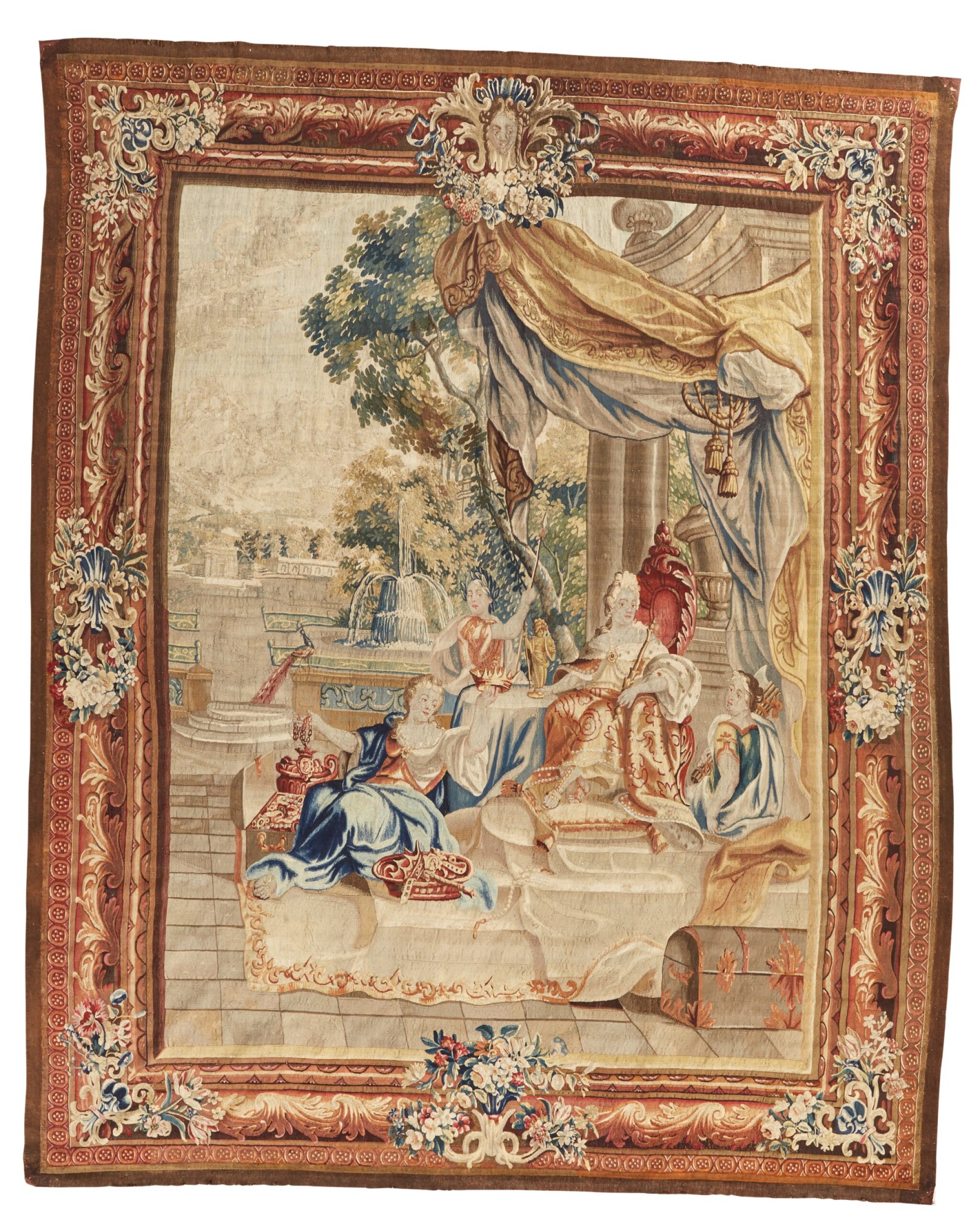 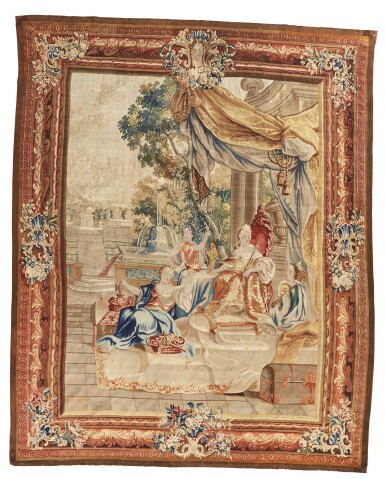 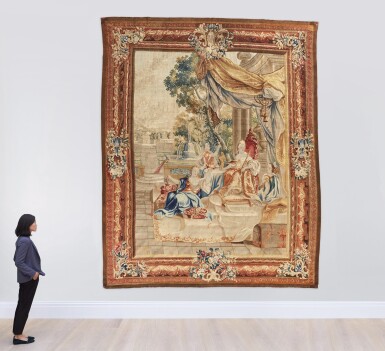 Woven with a queen seated on her throne, on a dais, under a canopy, holding a sceptre, and being passed a crown by her attendant, with two young boys at her side, one with a laurel wreath (victory), the other carrying a fasces (Roman symbol of authority), in a landscape setting,

Within a four-sided frame pattern border with bouquets of flowers, with dark brown outer selvedges

Overall measurements: 276cm across the top, 275cm across the bottom, 344cm along left side, 341cm along the right side. Some discolouration to the sky, otherwise stable weave. Some later highlights to the faces for definition. Losses in the corners of the outer selvedge. Cotton lining and old Velcro attached across the top edge. Stable and overall good condition. Decorative and elegant tapestry.