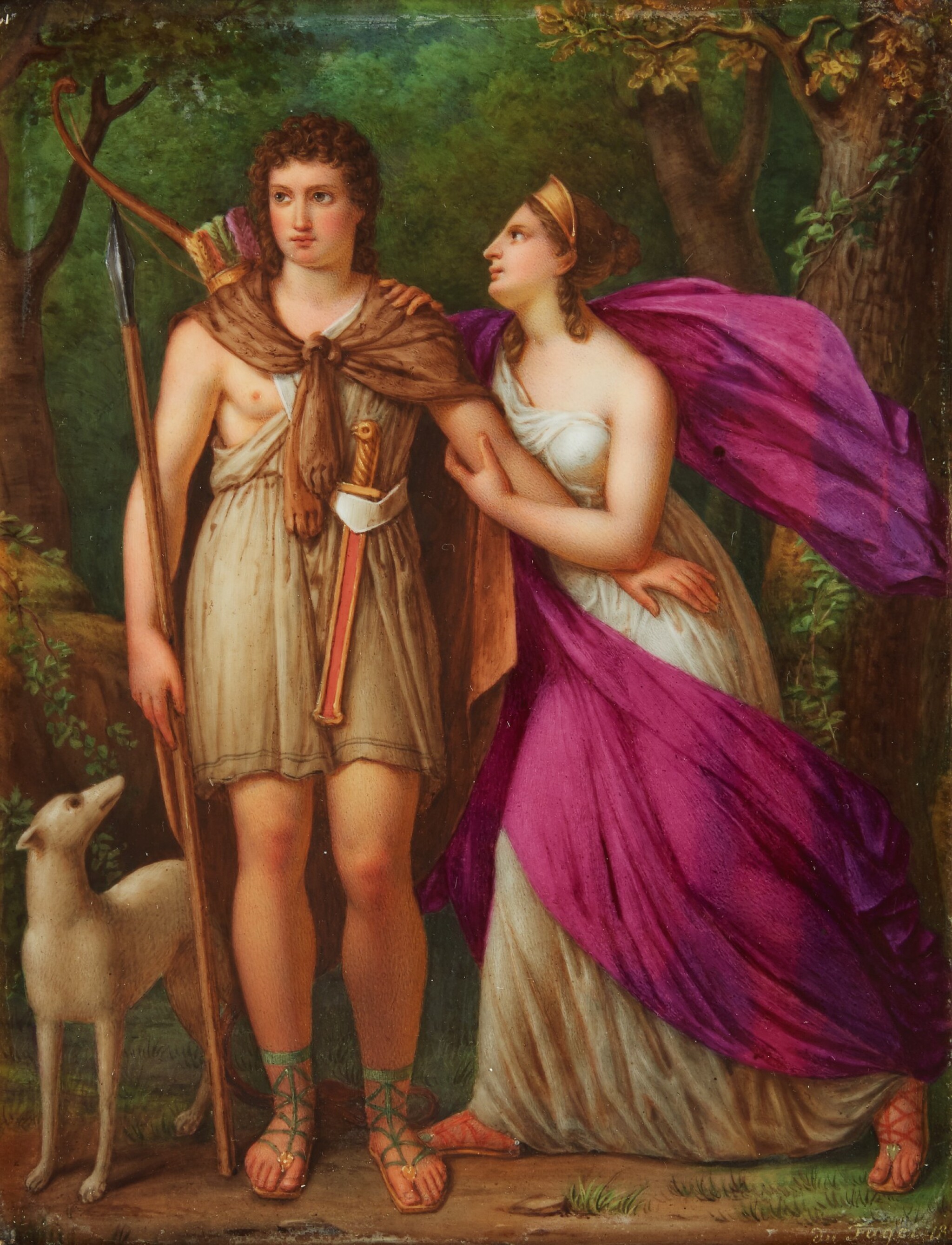 Overall in good appearance and condition. The plaque could benefit from a light cleaning.

Jean-François Scipion du Faget was born in 1776 in Les Vans (Ardèche), and was chiefly a copyist, but he also produced original watercolours and painting on glass. He worked at the Sèvres manufactory in 1806. A slightly larger plaque by Faget, also depicting classical figures and dated 1836 was sold at Christie's New York, October 17-17, 2012, lot 181.

The subject of Hippolytus and Phaedra was painted by Pierre-Narcisse Guérin (Paris, 1774-Rome, 1833) which he presented in the Paris Salon in 1802, now in the Musée des Beaux-Arts, Bordeaux.

In about 1800 the artist Anne-Louis Girodet de Roucy-Trioson, a student of Jacques-Louis David, produced a series of drawings depicting scenes from Phèdre, the dramatic French tragedy by Jean Racine. Together with six other artists, the illustrations were included in a series of deluxe editions of the plays of Racine which were dedicated to Napoleon.