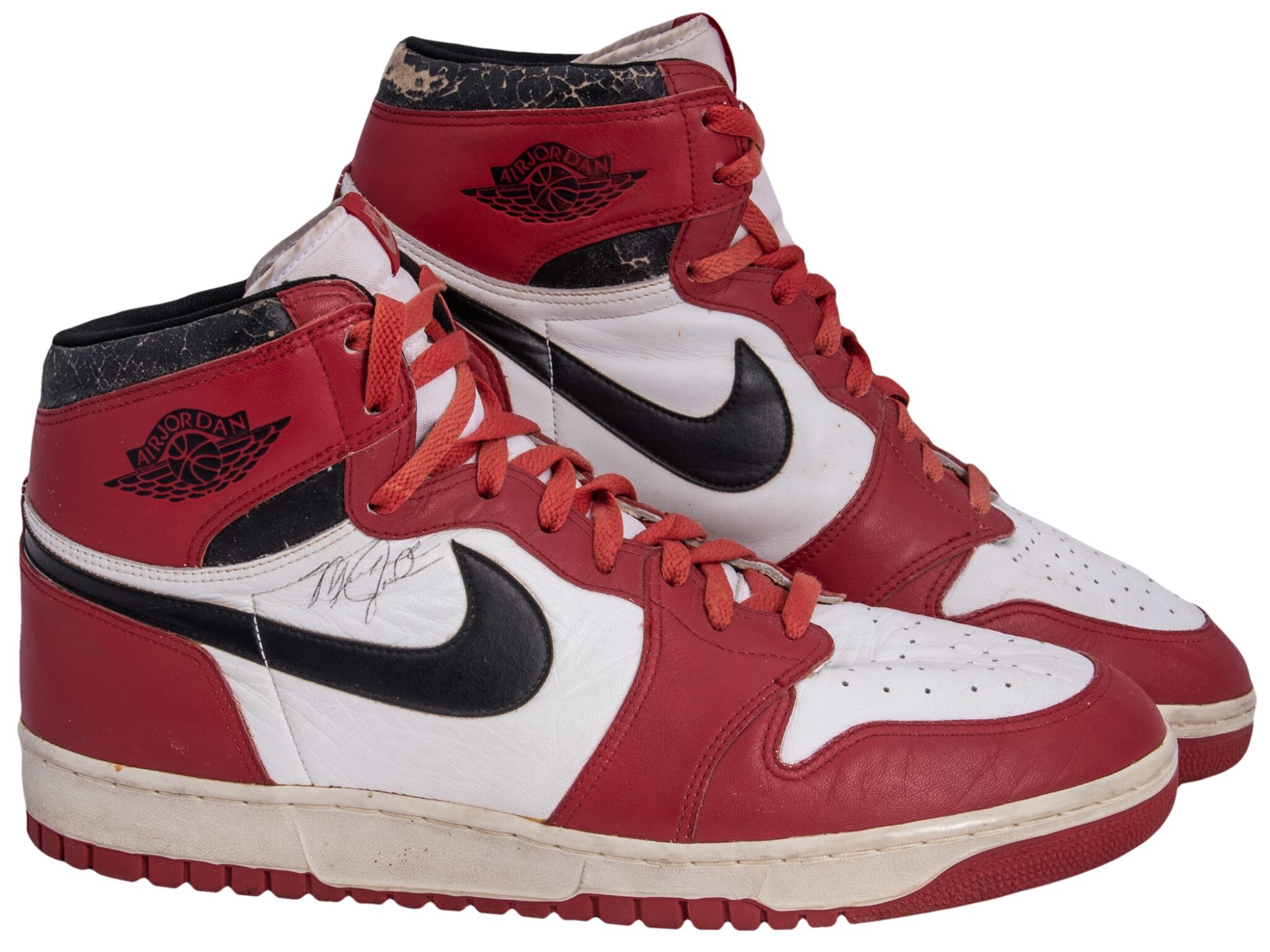 Following his Rookie of the Year campaign in 1984-85, only an ankle injury temporarily derailed Michael Jordan. While only appearing in 18 regular season games due to a broken foot, Jordan still averaged an impressive 22.7 points per game average. Offered here are a classic pair of red and white Air Jordans worn by Jordan during the 1985-86 season and have the black Nike swoosh logo on each side and the original Air Jordan logo on the ankle. Jordan returned from injury during the March 15th, 1986 game against the Milwaukee Bucks after recovering from his broken foot, where he wore variations of the Air Jordan 1’s for the remainder of the season.

Nike made three variations of shoes, one with a black strap, and this pair was one with a Dunk Sole insert (which was another highly popular Jordan sneaker at the time). The Jordan Dunk Soles are taller than Original Jordan 1 sneaker with the insoles from the Dunk Soles being much wider and softer. There are two Jordan Wings Logos on the interior and exterior as opposed to just on the exterior. A red and white stitched Nike Air label is sewn to the top of each tongue along with the manufacturer’s trademark information. The red soles have a Nike logo at its center and a geometric spike and spiral design.

The sneakers show great game use, with many scuffs and abrasions as one would want on a pair of ’86 Jordan gamers. The black padding on the back ankle of each has cracked and chipped with age and there are some loose threads throughout. A Nike code (13 860304STPS) is present inside which is partially illegible from use and age. The STPS code with the last two letter of “PS” referencing “Player Sample” were shoes not meant for general release. The game changer that puts this classic pair of Air Jordans over the top is the presence of Michael Jordan’s signature on the white leather of the right pair’s ankle. An exceptional set of early Jordan gamers that would not be out of place in the Hall of Fame as approximately only five pairs are known to exist and this one pair offered here is the only one to come up for sale in public auction. These sneakers come with a LOA from JSA for the signature.