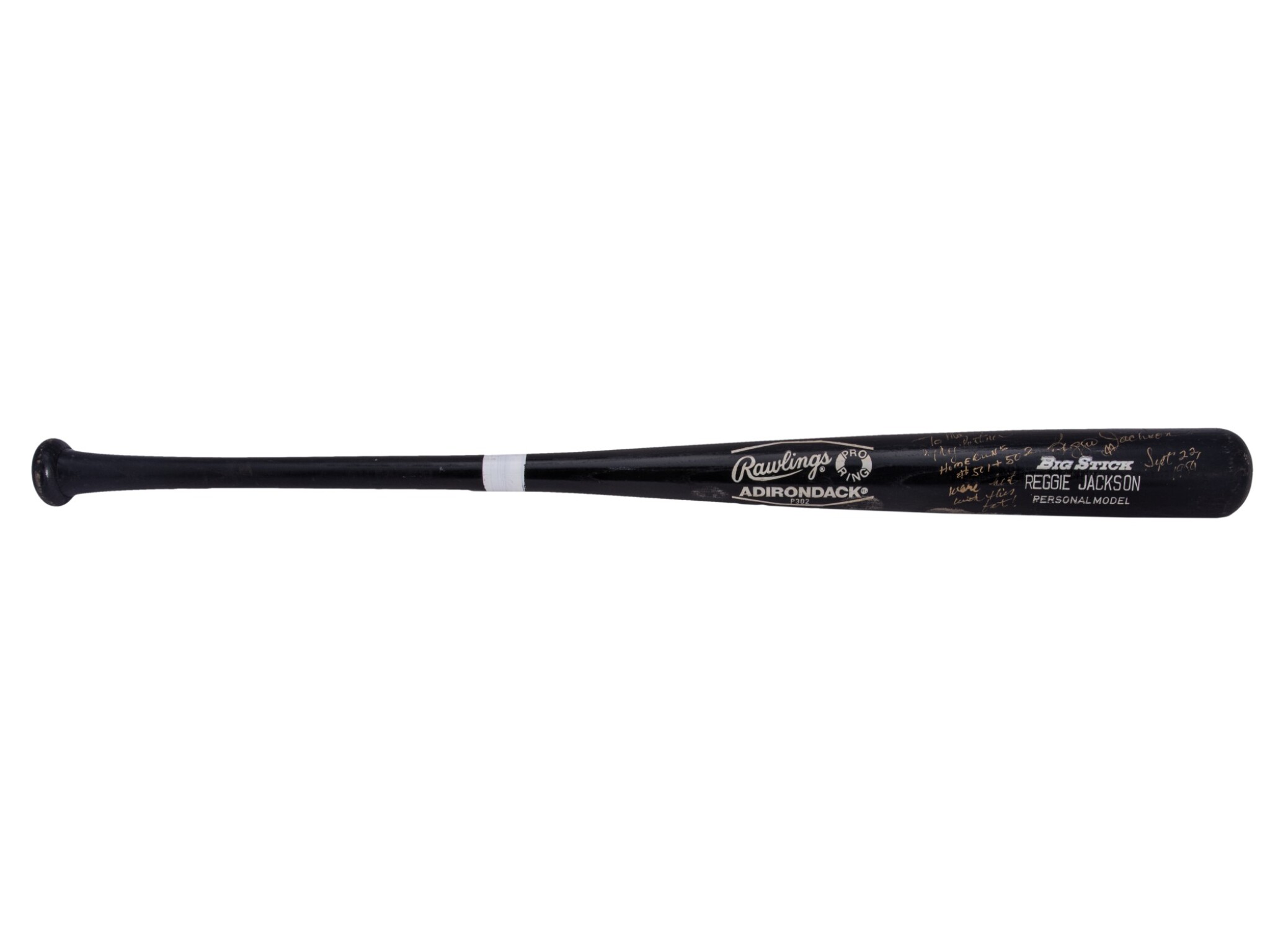 Although he was better known for his cowboy pictures, actor Gene Autry was a life-long baseball fanatic. As a teen he had turned down a minor league contract in order to pursue acting, but always stayed close to the game he loved. In the 1950s he became a part-owner of the Hollywood Stars of the Pacific Coast League and when MLB created the expansion Los Angeles Angels in 1961, Autry was on board as their owner.

By the 1980s Autry began assembling a team that he thought could win a pennant. A key piece of that lineup was the veteran slugger Reggie Jackson. Reggie was coming off of his drama-riddled Yankees stint and many thought him to be a troublemaker. On the contrary, unlike his relationship with Yankees owner George Steinbrenner, Jackson hit it off with the Angels owner and the Hall of Famer would bring home two American League Western Division Championships for Autry. During his five seasons with the Angels, Jackson celebrated several career milestones, most importantly his 500th home run in 1984. As a display of how close Autry and Jackson were, the slugger personally signed the bat he used to hit his 501st and 502nd home runs and presented it to Gene Autry.

The Rawlings 288 RJ model bat displays outstanding use with a very slight crack in the lower handle. Numerous ball marks are visible on the right, left and ack barrel. Blue ink transfers and white leather ball scuffs are present along with cleat imprints on the front and left barrel. The model number “288RJ” is stamped into the knob. This incredible Jackson gamer has been completed with a signature in gold ink on the barrel along with the inscription “To Mr. A “My Partner” Home Runs 501 & 502 were hit with this bat. Sept. 22, 1984.” An incredible piece of history, from one sports icon to an equally iconic movie star.

This bat comes with a LOA from PSA/DNA (1B17855) for the game use and has been given the highest possible grade of GU 10, a LOA from Beckett Authentication (A52537) and a LOA from Jaqueline Autry, the widow of the late Gene Autry.