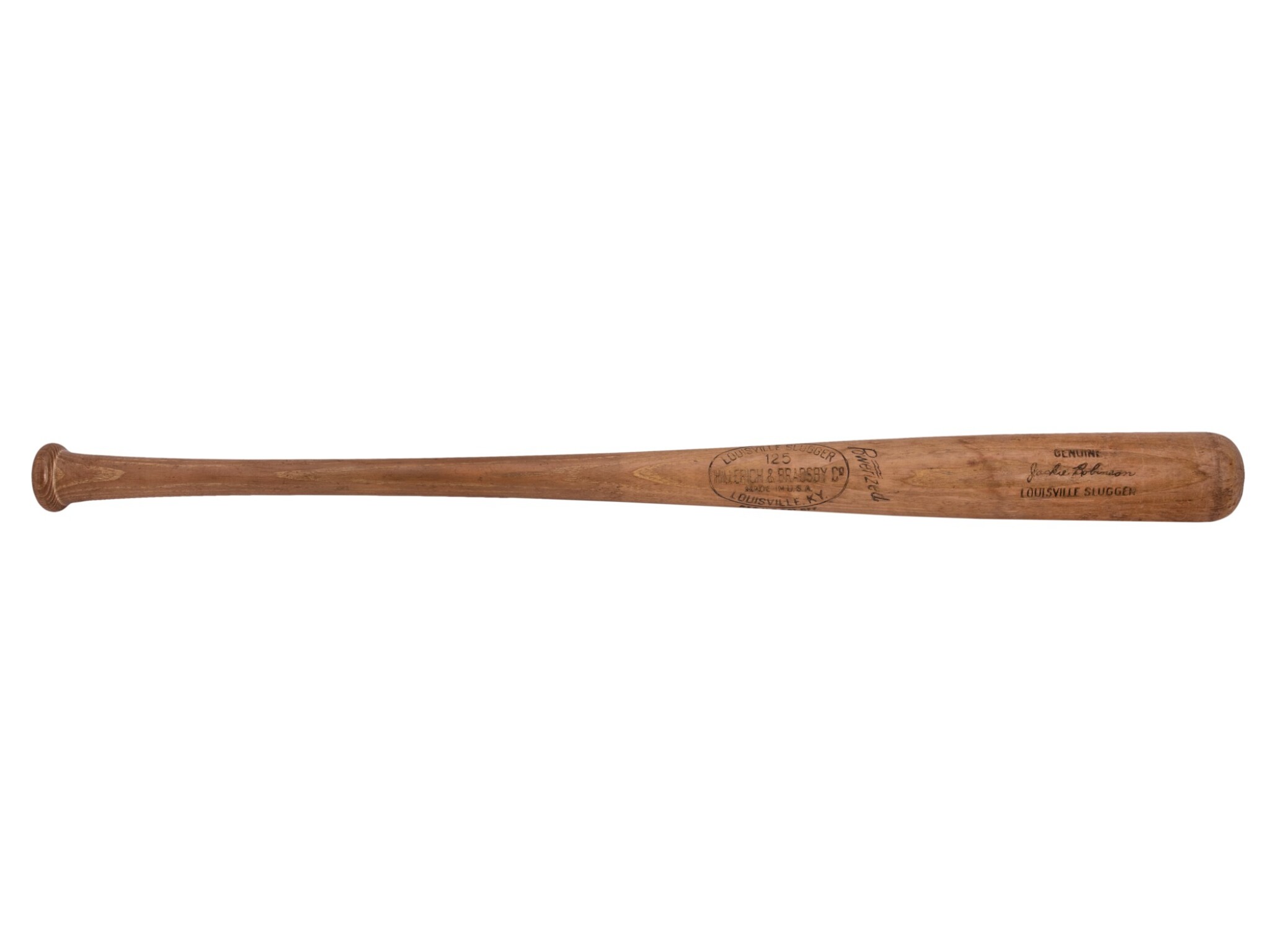 To this day, Jackie Robinson remains every bit the legend and icon he deserves to be. His selfless role in making the National Pastime whole made him a national treasure and his example helped spark the Civil Rights Movement. All the while he played baseball at a torrid pace, winning the Rookie of the Year Award right out of the box in 1947 and grabbing the NL MVP Award two years later in 1949. That he accomplished all this in the face of the most horrible racism and resistance ever confronted by a ballplayer makes his record all the more monumental.

By the beginning of the 1950s, Jackie was an undisputed star admired by people of every color and an essential member of the famed “Boys of Summer” Brooklyn Dodgers. This bat can be pinpointed to the 1953 season due to this being the only year Robinson ordered bats of the O16 model from Hillerich & Bradsby. During that year, Jackie placed three orders for O16’s: August 23, September 22 and September 23. The year 1953 is all the more interesting because it was the beginning of the era in which the ballplayer unshackled himself from the restraints put on his giving opinions on race. That year Jackie took on the role of editor of “Our Sports,” a magazine focusing on black athletes and sports. He worked with former heavyweight champ Joe Louis to open golf courses to black participants and led the movement that finally de-segregated the last whites-only hotel used by the Dodgers, St. Louis’ Chase Park Hotel.

On the field, Jackie must have loved his O16’s because he had a tremendous season, hitting .329 with 109 runs and 17 steals as the Dodgers won the second consecutive pennant. In that Fall’s World Series, Jackie pounded Yankees pitching to the tune of .320 with a pair of doubles and a stolen base. Jackie’s 1953 Hillerich & Bradsby O16 model bat shows heavy game use with a repaired handle. There are many ball marks with stitch impressions that are found on the right, left and back barrel. The model number “016” has been stamped into the knob and Jackie’s immortal number “42” is handwritten in faded black paint. The initials CEG” was been handwritten in green ink and is thought to be unrelated to Robinson or the Dodgers and added by a subsequent owner of the bat. The ash has taken on a lovely deep golden patina with age upon which the barrel and center brand stamping represents well. As beloved as Jackie Robinson was as a player, authentic game used bats attributed to him are remarkably scarce. This one, pinpointed to his pivotal 1953 season, is an exceedingly rare and attractive example and this bat comes with a LOA from PSA/DNA (1B05479) for the game use and has been a very high grade of GU 9.