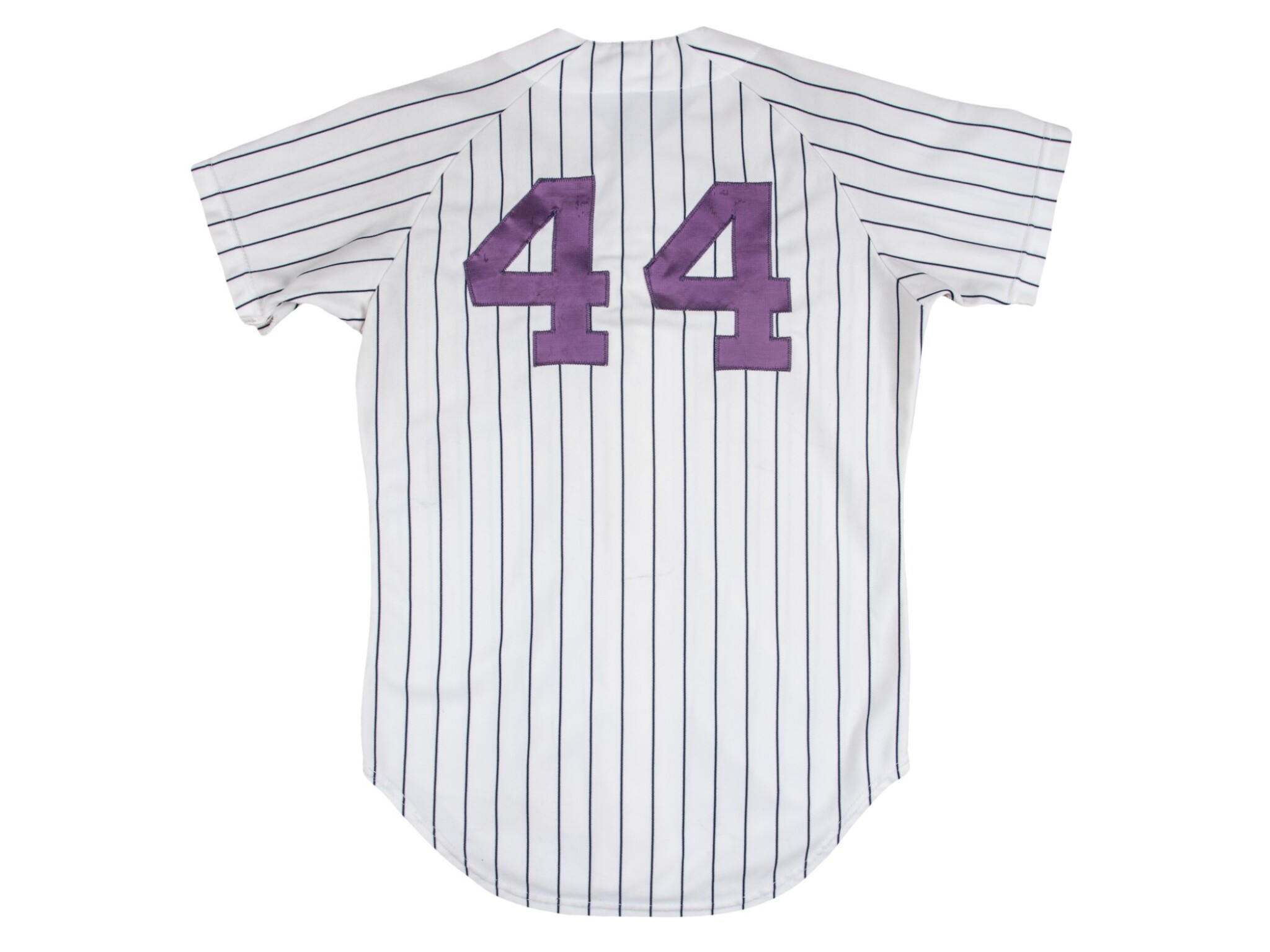 Today it is almost surreal to look back on the excitement and expectation that surrounded Reggie Jackson’s arrival in New York in 1977. Up to that point, Jackson had been a 6-time All-Star, won the 1973 AL MVP Award and had led the Oakland A’s to three World Championships. Yet, despite his success with the A’s, Oakland was small time, and Reggie yearned for the chance to display his talents on a national stage. At the same time, the New York Yankees were awakening from more than a decade of sub-par teams that threatened to unravel the franchise’s legacy of champions. Beginning with Ruth in the 1920s, the Yankees always boasted the best in the game; Gehrig in the 30s, DiMaggio in the 40s and Mantle in the 50s and 60s. When New York finally put together a pennant winner in 1976, they noticeably lacked a superstar that was on par with a DiMaggio or Mantle. Owner George Steinbrenner pulled out all the stops seeking a slugger who could seamlessly take his place in the line of icons started by Babe Ruth in the 1920s. In 1977 the stars aligned to make both Jackson’s and the Yankees dreams come true.

Signed to a three-year, $2.96 million contract, Jackson soon proved to be the star Steinbrenner expected. Reggie was loud, cocky and most importantly, talented. Although the actual quote is a bit murky, it’s gone down in baseball lore that Jackson told a sportswriter that on the Yankees, he was, “the straw that stirs the drink” – and that he was – in more ways than one. Throughout the summer of 1977, Jackson’s bat propelled the Yanks through a see-saw pennant race on the field, peppered with epic feuds with manager Billy Martin and the press. Out of the excitement and chaos came a pennant and World Series Championship as Reggie Jackson took his place as a Yankees legend alongside Ruth, Gehrig, DiMaggio and Mantle.

This iconic New York Yankees pinstripe jersey is the first one Jackson donned bearing his famed number “44” on the back. The first thing one notices upon inspection of this jersey is the strip tag in the collar bearing the name “Whitfield” instead of the expected “Jackson.” The story behind this anomaly is explained by Jackson in a 5-page handwritten letter included in this lot. In it, Reggie tells of how he had worn number “9” every year before 1977. However, for Yankees fans, “9” was linked with Roger Maris and his 61 home runs in 1961. Wanting to establish his own legacy in New York, Jackson chose the number “44,” to play homage to his mentors Willie McCovey and Hank Aaron, both of whom wore the double 4’s. Unfortunately, that number was already taken by Terry Whitfield, and Jackson began spring training with number “20” on his back. A few weeks later, Whitfield was traded and Jackson immediately had the clubhouse manager assign him the vacated “44.” When told he would have to wait until the beginning of the season to get a new uniform with his “44” on it, Jackson simply grabbed Whitfield’s discarded jersey and began wearing it. When Whitfield’s size 42 proved to be too confining for Jackson’s larger physique, he cut the sleeves to give his muscles more room. This modification is readily apparent on this jersey’s sleeve openings. The jersey features the famed interlocking “NY” logo on the front in navy blue tackle twill. A Wilson size 42 label is sewn in the left front tail along with “77 1” on a white strip tag. As mentioned above, “Whitfield” is on a white strip tag in the collar and the number “44” on the back in navy tackle twill. The jersey exhibits nice game use with some staining and turf marks visible throughout. There are some loose threads present and the navy tackle twill has faded slightly and puckered in spots from repeated laundering. While the handwritten letter from Jackson gives this unique jersey proof of its being worn by the Hall of Famer, provenance is further established by its being photo matched to the one worn on by Jackson the cover of the May 7, 1977 issue of Sports Illustrated. A tremendous piece of Yankees history, with a solid photo match and letter of provenance.